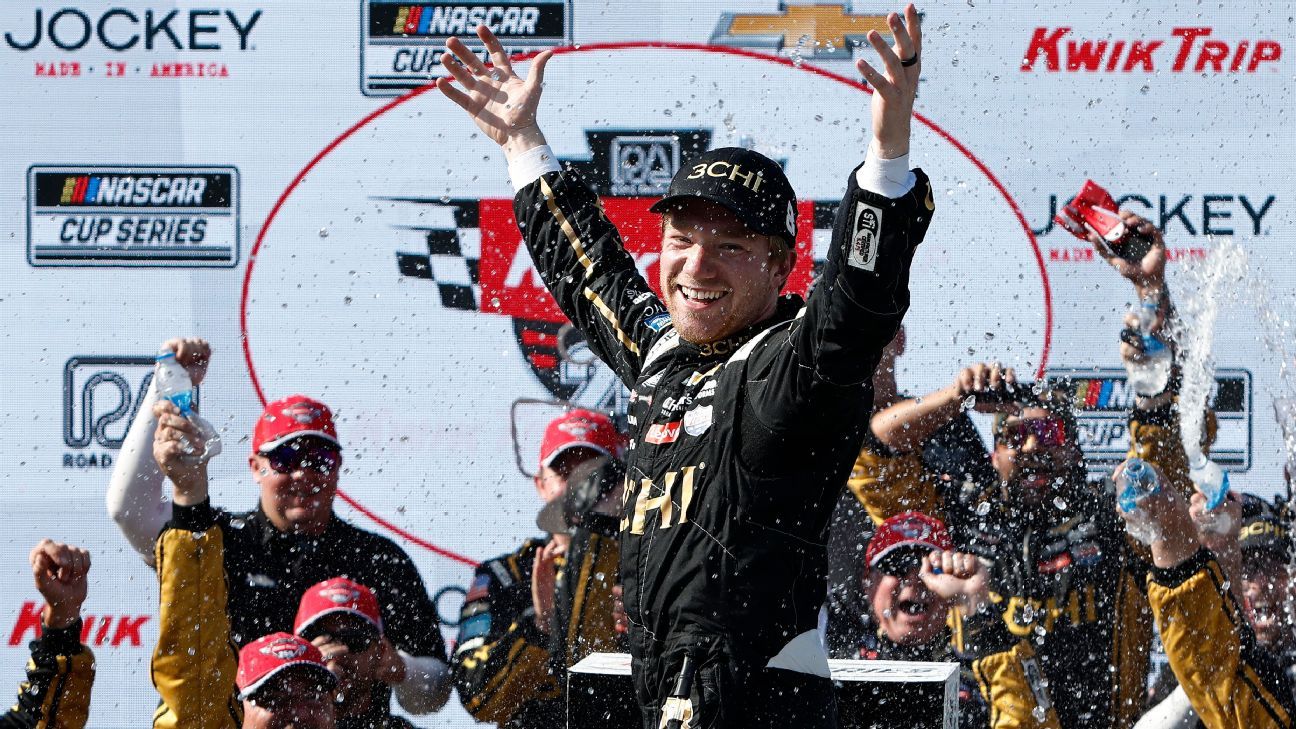 23XI Racing got a jump on the 2024 Cup Series season with the surprising announcement Tuesday that it signed Tyler Reddick to join the NASCAR team owned by Michael Jordan and Denny Hamlin.

Reddick, a two-time Xfinity Series champion, is in his third full season driving for Richard Childress Racing. He is coming off his breakthrough first career Cup victory on July 3 at Road America.

The 26-year-old Reddick still has one season left driving for RCR, a potentially awkward situation the team addressed in a tweet.

It seemed a perfect moment to strike for 23XI. The race team fields cars this season for Bubba Wallace and Kurt Busch and both drivers are signed through the end of next season. Hamlin said he expected 23XI to remain a two-car organization and did not address how Reddick and the other drivers would fit — though at 43, Busch’s career could be winding down. Both drivers won a race — Wallace won last season at Talledega; Busch this year at Kansas — for 23XI.

The 26-year-old Reddick signed a multi-year deal with 23XI and is now positioned as an anchor for the team for years ahead.

“I watched him, I raced against him, I wanted him and I got him,” Hamlin said.

Reddick made the playoffs last season and finished 13th in the points standings. His win at Road America earned him a second straight playoff berth and solidified his credentials as a driver on the rise. He’s made 93 career starts and has 11 top-five finishes — five this season — for RCR.

Reddick said his decision should not have been a “total shock” to team owner Richard Childress and that he was ready to chase championships in the No. 8 Chevrolet with the time he has left at RCR.

Hamlin said Busch and Wallace were expected to return in 2023 and it was too early to determine all the important details for Reddick such as sponsor, car number — and even which driver he would replace in the lineup, if any at all.

Hamlin said he wanted Busch, the 2004 Cup champion, to end his career with 23XI.

The race team was founded in 2021 with Wallace as the lone driver. Busch was added this season. The only Black driver in the Cup series, Wallace has struggled this season and has two top-10 finishes in 19 Cup races. Hamlin said “all scenarios are always out there” but appeared committed to keep 23XI a two-car lineup.

Reddick, who is part of a two-car lineup at RCR with Austin Dillon, “crashed” a scheduled Toyota Zoom on Tuesday that included Hamlin, Toyota Racing Development David Wilson and 23XI Racing President Steve Lauletta. Reddick defended the decision to announce his 2024 jump roughly 31 months ahead of his scheduled first points race for 23XI Racing in the Daytona 500.

“I feel like it gives everyone time to figure out what lies ahead,” Reddick said. “I feel like it’s better to do it now than in the playoffs. There’s no reason to kick the can down the road.”

The decision to announce a driver signing this far out from his debut has happened before in NASCAR — and 23XI strongly felt Reddick, who won the Xfinity Series title in 2018 with JR Motorsports and 2019 with RCR, was too talented to let him test the free-agent market.

“It’s not unprecedented but it is rare,” Hamlin said, “and so is Tyler.”

Information from The Associated Press was used in this report.

‘I am still asking myself why I am alive’: Survivor tells of ordeal after Gaza apartment destroyed
Tory MP defects to team Truss as Sunak camp brands her cost of living plan ‘clear as mud’
EastEnders star reveals she has breast cancer in Olivia Newton-John tribute
Bankrupt crypto lending platform Celsius withdraws motion to hire CFO back at $92,000 a month
Peace of sorts returns to wartorn border between Israel and Gaza – but truce is not a lasting solution