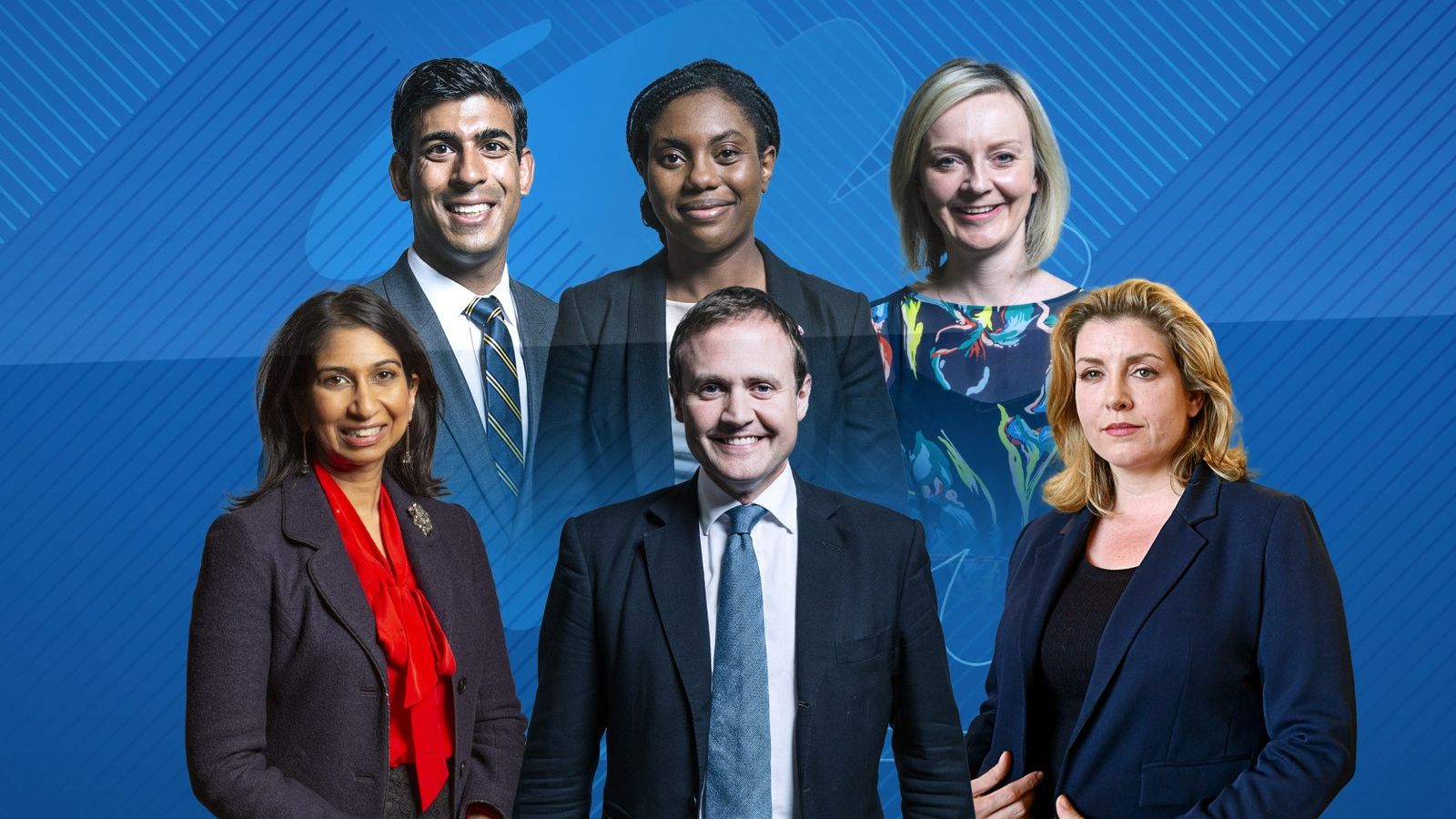 The final six candidates to become the next leader of the Conservative Party – and prime minister – are readying themselves for a second round of votes later, which will see at least one of them eliminated from the race.

Former Chancellor Rishi Sunak leads the field, having gained support from 88 MPs in yesterday’s first round, followed by Penny Mordaunt with 67 and Foreign Secretary Liz Truss with 50.

But it is Ms Mordaunt that appears to be the most popular with the wider Tory Party membership, topping polls from both YouGov and Conservative Home.

Politics Hub: Sunak and Mordaunt lead the way after first round

Former equalities minister Kemi Badenoch, Tom Tugendhat, and Attorney General Suella Braverman also made it through the first ballot with 40, 37 and 32 votes respectively.

Current Chancellor Nadhim Zahawi and Jeremy Hunt missed out after failing to attract backing from at least 30 MPs.

Mr Hunt announced later that he was backing Mr Sunak, and he warned all candidates against using “smears and attacks”, saying: “The nation is watching and they’ve had enough of our drama.”

Tory MPs will begin their second round of voting at 11.30am this morning and have until 1.30pm to cast their ballot.

The result will then be announced by the chair of the backbench 1922 Committee, Sir Graham Brady, at 3pm.

Whoever has the lowest number of supporters will be eliminated from the race, and the party will keep holding votes in the coming days until they are down to the final two.

The pair will then face a summer of hustings and a final vote by the wider Tory Party membership before the winner is confirmed on 5 September.

Ahead of today’s vote, Ms Truss will hold her official campaign launch, promising to “level up [the country] in a Conservative way”.

She is expected to say: “My mission in politics is to give every child, every person, the best opportunity to succeed, and for their success in life to depend solely on their hard work and talents, not their background or where they are from.

“I am ready to be prime minister on day one. I can lead, make tough decisions and rise to the moment.”

The leadership contest was triggered after Boris Johnson announced his departure from Downing Street last week.

It came after a flood of resignations by ministers over his handling of the disgraced MP Chris Pincher, and whether he lied about what he knew of allegations against the former deputy chief whip.

But speaking at Prime Minister’s Questions on Wednesday, Mr Johnson said – although he was not leaving at the time of his choosing – he would do so with his “head held high”.

He will remain as a caretaker PM in Number 10 until the new leader of the Conservatives is announced.

But Labour want him gone sooner, attempting to hold a vote of no confidence in Mr Johnson and his government.

Downing Street responded by tabling its own motion in itself, allowing them to control the wording and giving critics of the PM a way to support it.

‘I got online hate for not being disabled enough’
Why has the FBI raided Trump’s estate – and what are they investigating?
Truss and Sunak feel heat over cost of living amid calls for daily COBRA meetings as crisis worsens
Calls for emergency increase to Universal Credit as report finds some families £1,600 worse off
Sunak promises ‘hundreds of pounds’ more for each household’s energy bills as Truss refuses to commit to extra support