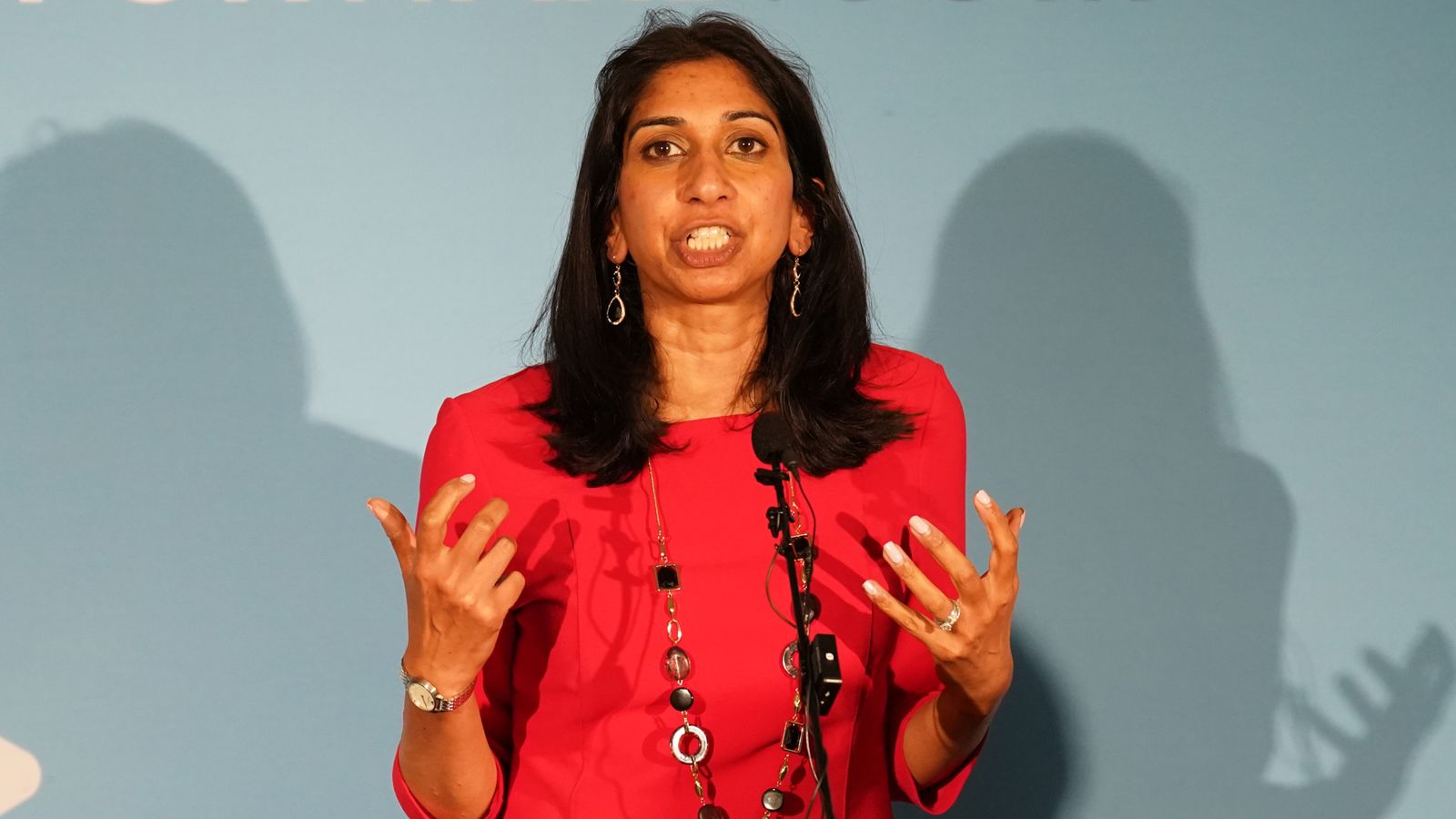 Suella Braverman has been knocked out of the Conservative leadership race in the second round of voting.

Ms Braverman received 27 votes from Tory MPs, five fewer than she got yesterday.

The five remaining hopefuls will progress to the third round on Monday, having received the following votes:

There will be successive rounds of voting by Tory MPs until only two contenders remain.

Rishi Sunak and Penny Mordaunt maintained their places at the top end of the leader board following the second ballot.

Foreign secretary Liz Truss, who came in third, will hope to pick up votes from Ms Braverman’s supporters in the next round.

In the first vote yesterday Jeremy Hunt, the former health secretary, and Nadhim Zahawi, the newly appointed chancellor, were eliminated from the contest.

They both fell short of the 30 votes needed to move to the next round, with Mr Zahawi receiving 25 and Mr Hunt 18.

The final stage is expected to be reached by the end of next week at the latest, leaving the final pair to carry out hustings over the summer and face a vote from the wider Tory party membership – with a result announced on 5 September.

Responding to the second round results, allies of Mr Tugendhat insisted he would not pull out of the Tory leadership contest despite dropping five votes since the first round.

Posting on social media, Mr Tugendhat said: “We need trust back in our politics. I will be putting my vision for Britain forward to the public at the TV debates next week.”

Reacting to receiving the most votes for a second time, Mr Sunak said he was “incredibly grateful” for the support of Tory MPs.

“I am prepared to give everything I have in service to our nation,” he tweeted.

“Together we can restore trust, rebuild our economy and reunite the country.”

Meanwhile, Ms Truss’s leadership election team said “now is the time for MPs to unite behind the candidate who will cut taxes, deliver the real economic change we need, continue to deliver the benefits of Brexit and ensure Putin loses in Ukraine”.

The spokeswoman for the foreign secretary added: “Liz Truss has the experience to deliver from day one, grow our economy and support working families and then beat Labour.”

“I don’t think the answer to the stagnation of the last 12 years is to change the candidate or the leader of the Tory party,” he told reporters.

“We need much more fundamental change that, therefore, whoever emerges as the new leader of the Conservative Party is not going to be able to address the fundamental failure of the last 12 years.

“This is like a club that’s sinking into relegation, desperately changing the manager. That is not the change that we need. We need to change the government, a fresh start for Britain, and that is what my Labour Party is able to offer.”

The leadership contest was triggered after Boris Johnson announced his resignation last Thursday.

His announcement followed an avalanche of ministerial resignations over his handling of the disgraced MP Chris Pincher, and accusations he had lied about what he knew of the former deputy chief whip’s inappropriate behaviour.

Mr Johnson remains in Number 10 as a caretaker prime minister while the contest is carried out.

But Labour has been pushing for the PM to go immediately, attempting to call a confidence vote in him and the government – with the potential of triggering a general election.

Instead, the government has called a confidence vote in itself, allowing it to set the wording to make it easier for Tory critics of Mr Johnson to vote in favour.