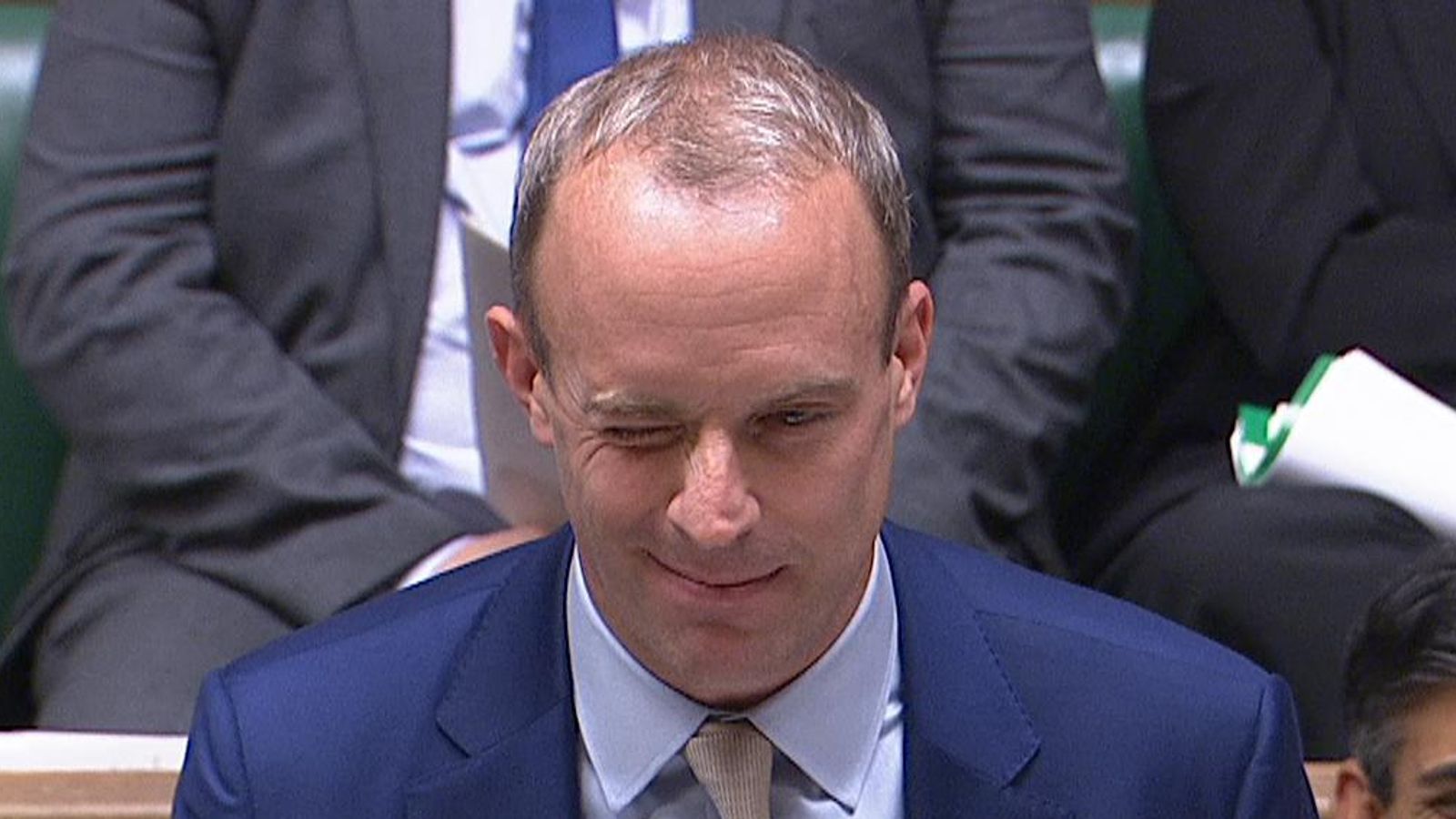 Dominic Raab has told Sky News his controversial wink at Prime Minister’s Questions last month was not at Angela Rayner.

The wink, which appeared to be directed at Labour’s deputy leader, led to Mr Raab being accused of sexism on social media.

The two deputies were going head to head in Mr Johnson’s absence, with the prime minister out of the country for a NATO summit.

When probed on the incident on Sky News’ Sophy Ridge on Sunday programme, the deputy PM said he was in fact winking at shadow Scotland secretary Ian Murray.

“I was winking at Ian Murray,” Mr Raab said.

He continued: “By the way, I’ve got to say you are right, she [Angela Rayner] is great value in all of these.

“She’s so lively. I mean, it’s quite a contrast with Keir.“

Asked why he winked at Mr Murray, Mr Raab said: “I think there was something said about Angela Rayner standing in a leadership contest against Keir and he said, well I think I heard him say something like, ‘what’s wrong with that?’

“So anyway, it’s all part of the cut and thrust.“

Social media was awash with accusations of misogyny after footage of the wink was posted last month.

At the time, Ms Rayner suggested the wink was “a bit weird” and made the public feel “a bit eww”.

It had been claimed at the time that, off camera, Mr Murray made a comment inaudible to those watching at home, in which he muttered that it would be “no bad thing” if Ms Rayner stood for leader of the Labour Party.