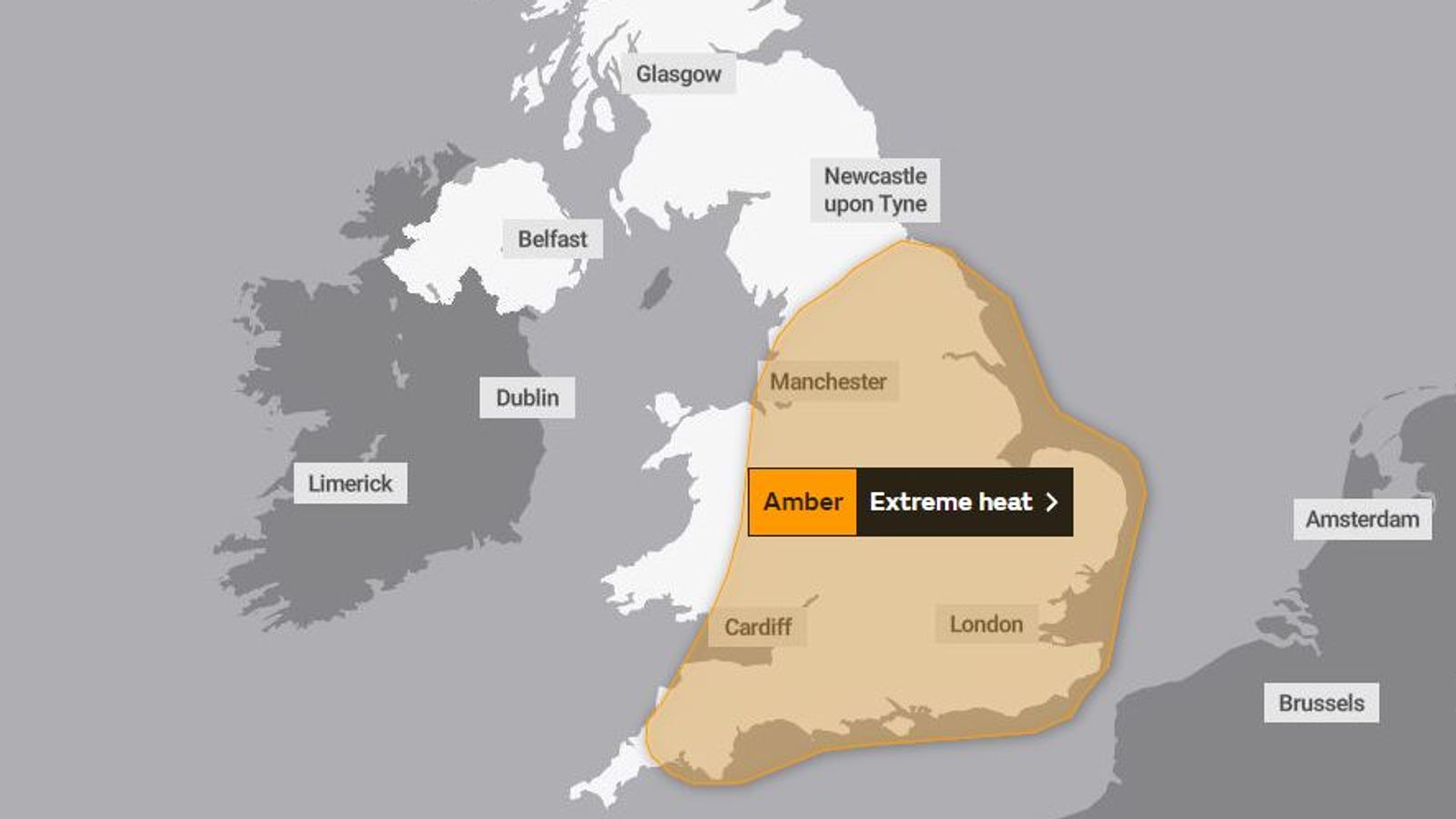 The new health secretary has said new measures including extra working hours for ambulance crews are being put in place as the UK faces its first national heatwave emergency.

Steve Barclay said the additional support, which also includes more call handlers, is being put in place on Monday and Tuesday.

Almost all of England is now covered by a Met Office amber heat warning, which will extend to Wales and southern Scotland from Monday until Tuesday.

The UK’s first red warning will cover a large part of England from London to Manchester and York on Monday and Tuesday.

Temperatures could soar as high as 40C (104F) in London on Tuesday as health officials warn of the dangers of extreme heat.

Mr Barclay said: “The clear message to the public is to take the sensible steps in terms of water, shade and cover, that many people are aware of. That’s the best way of mitigating against the heat.

“We’re asking people to keep an eye out for their neighbours and those who may be vulnerable.

Britons are being urged to do the “neighbourly thing” and check on people who may be more vulnerable as the UK braces for potentially record-breaking temperatures.

The dangers posed by the rising temperatures were laid bare on Saturday when a body was found in Salford Quays after Greater Manchester Police received a report of a person getting into difficulty in the water.

Meanwhile in West Yorkshire a search was under way after concerns were raised in relation to a person in the water at Ardsley Reservoir.

Mr Barclay added: “We’re putting in extra measures in terms of call handlers, support for fleet [and] extra hours of capacity within the ambulances.

“Each ambulance trust has well-developed contingency plans for extreme weather.

“We’re also working with the hospitals to get the handovers from ambulances into hospitals, but also to ensure that where people can be moved on to the wards themselves, we’re using the full capability of the hospital rather than people waiting longer than they need to in ambulances outside.” 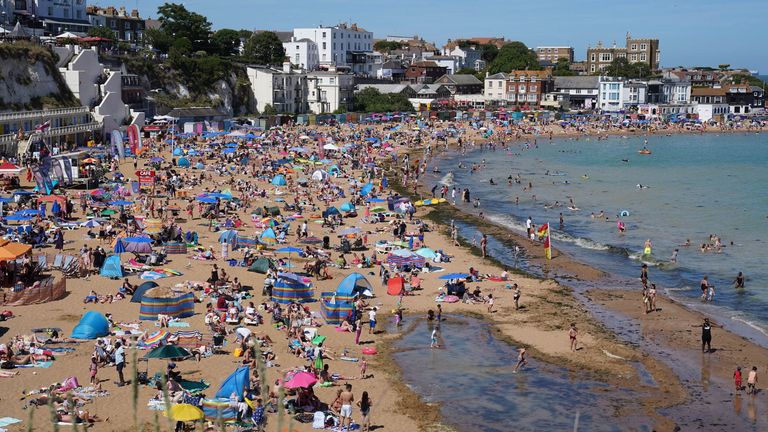 The government held an emergency COBRA meeting on Saturday after forecasters warned the potentially record-breaking temperatures could put lives at risk.

Cabinet Office Minister Kit Malthouse, who chaired the meeting, said transport services will face “significant disruption” on Monday and Tuesday and urged people not to travel.

He added schools were being issued with guidance to enable them to stay open.

Read more:
People urged to ‘check on elderly and babies’ after COBRA meeting
Why ‘tropical nights’ in UK could be deadly
Areas of England that are most vulnerable to hotter weather
What is a national heatwave emergency and how will it impact the UK? 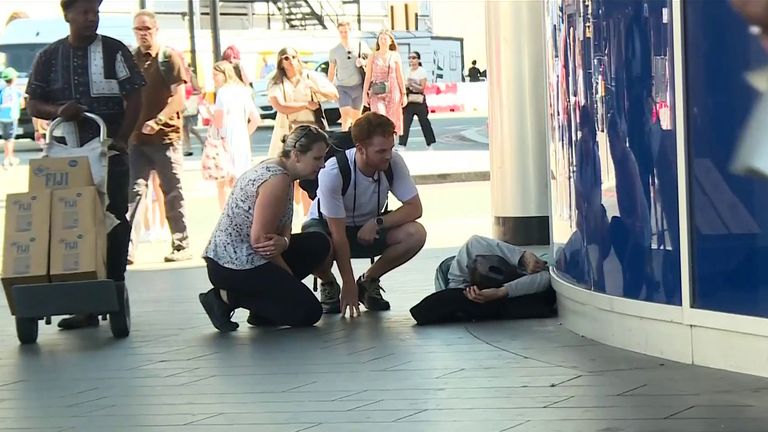 Dr Nikos Christidis, climate attribution scientist at the Met Office, said the 40C prediction on Tuesday is a result of climate change.

“We hoped we wouldn’t get to this situation, but for the first time ever we are forecasting greater than 40C in the UK,” he said.

“In a recent study we found that the likelihood of extremely hot days in the UK has been increasing and will continue to do so during the course of the century, with the most extreme temperatures expected to be observed in the southeast of England.”