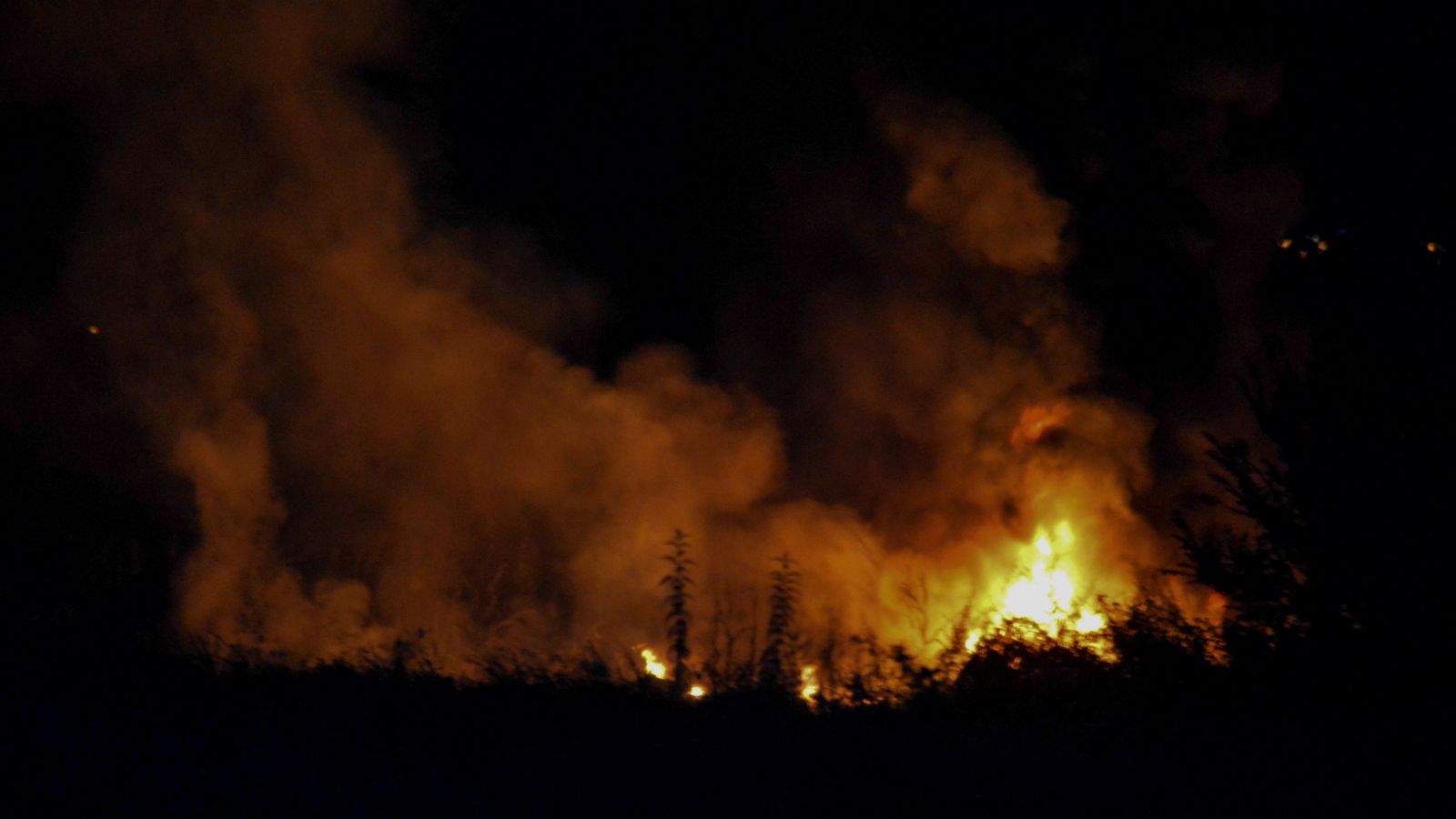 A cargo plane operated by a Ukrainian airline and reported to be carrying 12 tonnes of “dangerous materials” has crashed in northern Greece.

Residents reported seeing a fireball and hearing explosions for two hours after the Antonov aircraft came down on farmland near the city of Kavala.

The Soviet-era An-12 plane had been heading from Serbia to Jordan, according to Greek Civil Aviation authorities.

Greek media reported eight people had been aboard the plane and that it was carrying 12 tonnes of “dangerous materials,” mostly explosives.

State broadcaster ERT reported that army and explosives experts were on their way to the site.

Officials, however, said they had no specific information on the cargo and provided varying numbers of people on board.

Greece’s Civil Aviation authority said the pilot managed to alert authorities about a problem in one of the plane’s engines.

It added that he was given the choice of landing at airports in either Thessaloniki or Kavala and he opted for Kavala, which was closer, saying he had to make an emergency landing.

However communication with the plane ceased almost immediately afterwards and the aircraft crashed about 40km west of the airport.

“We were hearing explosions until a few minutes ago,” Filippos Anastassiadis, mayor of the municipality of Paggaio, said a little over an hour after the plane came down.

One of Mr Anastassiadis’s deputies told ERT that explosions were heard for two hours following the crash.

Truss and Sunak feel heat over cost of living amid calls for daily COBRA meetings as crisis worsens
Coronavirus: Wales scraps next summer’s GCSE, AS and A-level exams
‘Fears of new bureaucracy, rules and costs have all come true’: Brexit making touring Europe ‘unviable’ for UK artists
Netflix is expanding its push into video games, but few subscribers are playing along
The Length of Earth’s Days Has Been Mysteriously Increasing, and Scientists Don’t Know Why