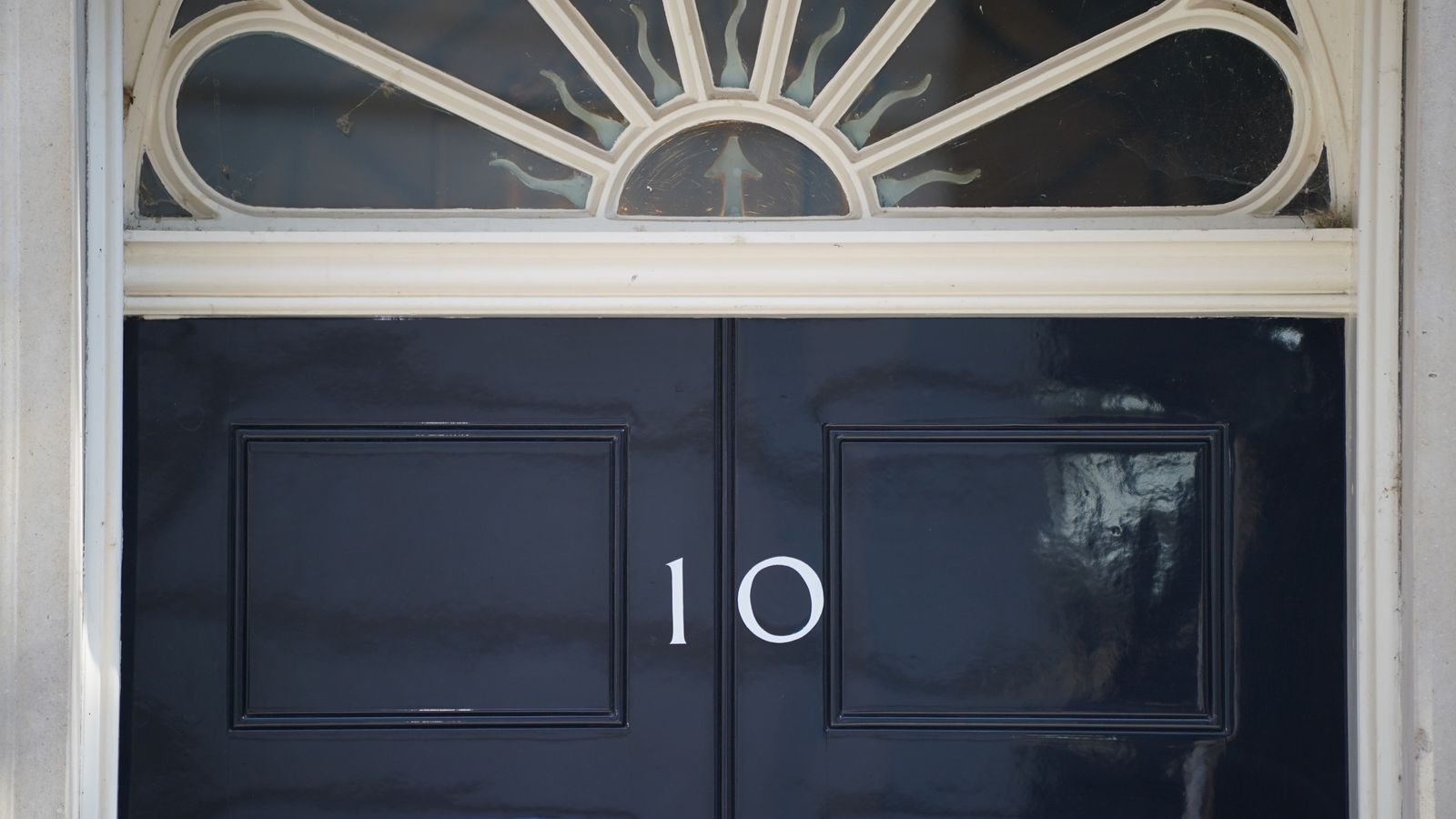 Sky News has cancelled its Conservative leadership debate after Rishi Sunak and Liz Truss pulled out from the event.

The debate was due to be hosted by Kay Burley tomorrow evening.

Conservative MPs are said to be concerned about the damage the debates are doing to the image of the party, exposing disagreements and splits.

Head of Sky News, John Ryley, said: “Sky News has campaigned for an independent commission to organise the running of TV debates between leaders of Britain’s main parties.

“Sky News and other broadcasters worked successfully together on televised leadership debates ahead of the 2010 general election.”

Tory leadership candidates to be whittled down to four – Politics latest

Those still in the running to become the next Conservative Party leader are Mr Sunak, Ms Truss, Penny Mordaunt, Kemi Badenoch and Tom Tugendhat.

Responding to the announcement, a spokesman for Ms Badenoch said: “The people standing in this contest are friends as well as colleagues and afterwards the party must come together to deliver for the country.

“Kemi welcomes public scrutiny – it builds trust. She is open to a debate which sheds light on the issues that matter, but not one which is designed purely to cause a row.”

In the ITV leadership debate on Sunday, Mr Sunak accused Ms Truss of peddling “something-for-nothing” economics after she said he was choking off growth by raising taxes to their highest level in 70 years.

Meanwhile, the foreign secretary attacked Mr Sunak’s record in the Treasury, telling him: “Rishi, you have raised taxes to the highest level in 70 years. That is not going to drive economic growth.

“You raised national insurance, even though people like me opposed it in cabinet at the time because we could have afforded to fund the NHS through general taxation.

“The fact is that raising taxes at this moment will choke off economic growth; it will prevent us getting the revenue we need to pay off the debt.” 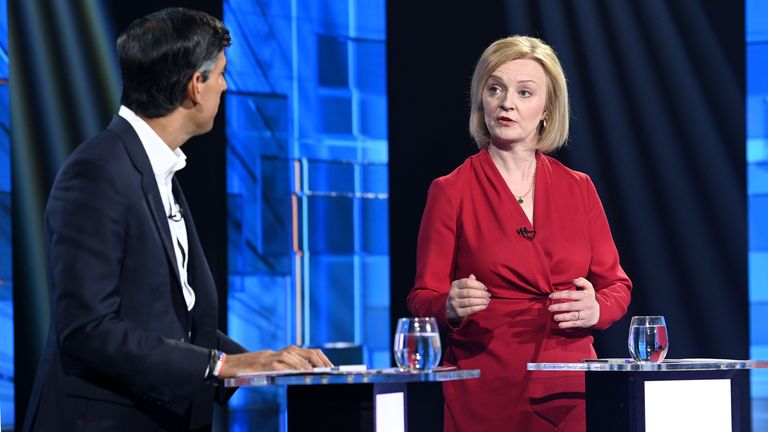 There were further furious exchanges between Ms Mordaunt and Ms Badenoch – who accused the trade minister in the first debate of having pushed a policy of gender self-identification for people who wanted to legally change their gender when she had government responsibility for the issue.

A Labour spokesperson told Sky News: “The country deserves better than Tory candidates hiding from scrutiny simply because their first two performances have shown they would be a danger to the economy and the future of the UK.

“This is a hopelessly divided Tory party, one that has racked up over £300 billion in unfunded promises and yet still has no plan to get to grips with their cost of living crisis. Only a Labour government can give Britain the fresh start it needs.”

One more PM hopeful is set to be eliminated today when Tory MPs cast their votes in the third round of the leadership battle.

Mr Sunak and Ms Mordaunt maintained their places at the top end of the leaderboard in first and second spot respectively following the second ballot.

Ms Truss, who came in third, will hope to pick up votes from Attorney General Suella Braverman who endorsed her candidacy after she was eliminated in the last round.

There will be successive rounds of voting by MPs this week until only two contenders remain.