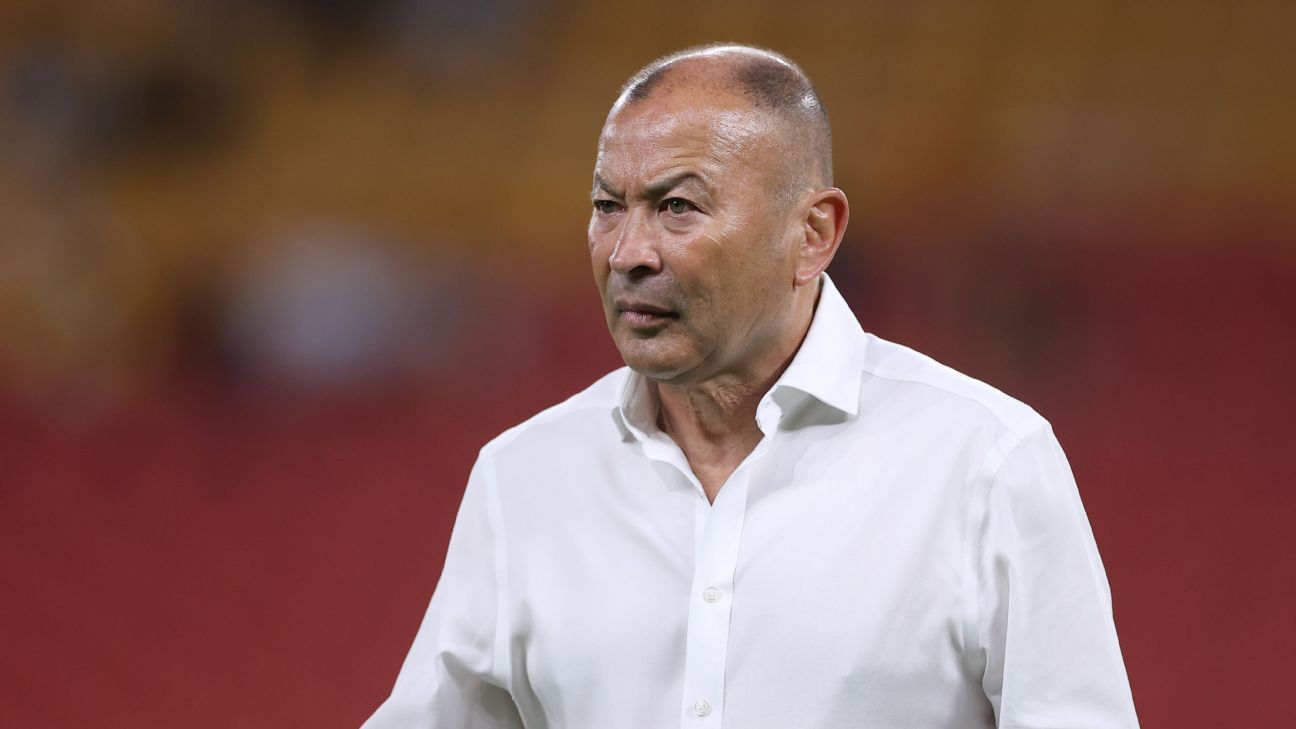 Rugby Australia have released a statement on poor fan conduct at the Sydney Cricket Ground on Saturday following the Wallabies 21-17 series loss to England.

In several videos shared on social media on Sunday, one man was seen scaling the SCG stands to sit and urinate on the roof before he was escorted and arrested by police, while another clip showed the moment a disgruntled Wallabies fan confronted Eddie Jones and labelled the coach a “traitor.”

In a statement, RA labelled the actions as “deplorable” and revealed the man who scaled the grandstand had been issued with a life ban from all Rugby Australia events, while they condemned fans who were heard making offensive remarks towards England staff.

“Rugby Australia is disappointed with the reported incidents within the crowd at the Sydney Cricket Ground for the Third Test of the Wallabies’ series with England,” RA boss Andy Marinos said.

“The deplorable actions of the alleged intruder that made his way to the roof of the grandstand were disgraceful and dangerous.

“This individual has been issued with a life ban from Rugby Australia events – and we will continue to support the authorities in their handling of the matter.

“The offensive remarks made by spectators in the Members’ areas towards England staff were unacceptable – and not representative of the values of Rugby.

“We have a zero-tolerance policy for inappropriate behaviour, and we are working with Venues NSW on appropriate sanctions for these individuals.

“Rugby prides itself on values of respect and integrity – as seen in the players of both teams after the final whistle of a hard-fought series at the SCG on Saturday night.

“It is our expectation that spectators adhere to these values of respect and integrity when attending Rugby matches – and, we would hope, in society in general.

“Please, cheer for your team with all that you have – but please, always show respect for others.”

In one video posted to social media early Sunday, Jones can be seen walking along the fence-line of the SCG pitch following the match, before he is confronted by a disgruntled Wallabies fan who hurled abuse at the former Australia coach.

Jones was visibly agitated by the remark, and security were forced to step in and separate the pair.

Got what he deserved from Eddie pic.twitter.com/lUrtzrsB5h

In the video the man can be heard saying “you’re a traitor” as Jones walked by with a second man telling him to “spray him, spray him” before the coach came towards the pair.

The security guard can also be heard saying he’d already spoken to the man once before earlier in the night.

Jones did not mention the incident during the post-match press conference, but told Sydney Morning Herald on Sunday that he had been heckled by the man at half-time and full-time.

“Clowns think they have full go to abuse coaches,” Jones told the Herald.

Former officer in Trump’s Jan. 6 motorcade speaks out
Ukraine war: The artillery slugging match for the south
Nearly 50,000 sign petition backing Gordon Brown’s call for emergency budget to tackle cost of living
Why has the FBI raided Trump’s estate – and what are they investigating?
Life-Saving Stem Cells Can Be Regrown in Damaged Umbilical Cord, Claims Study