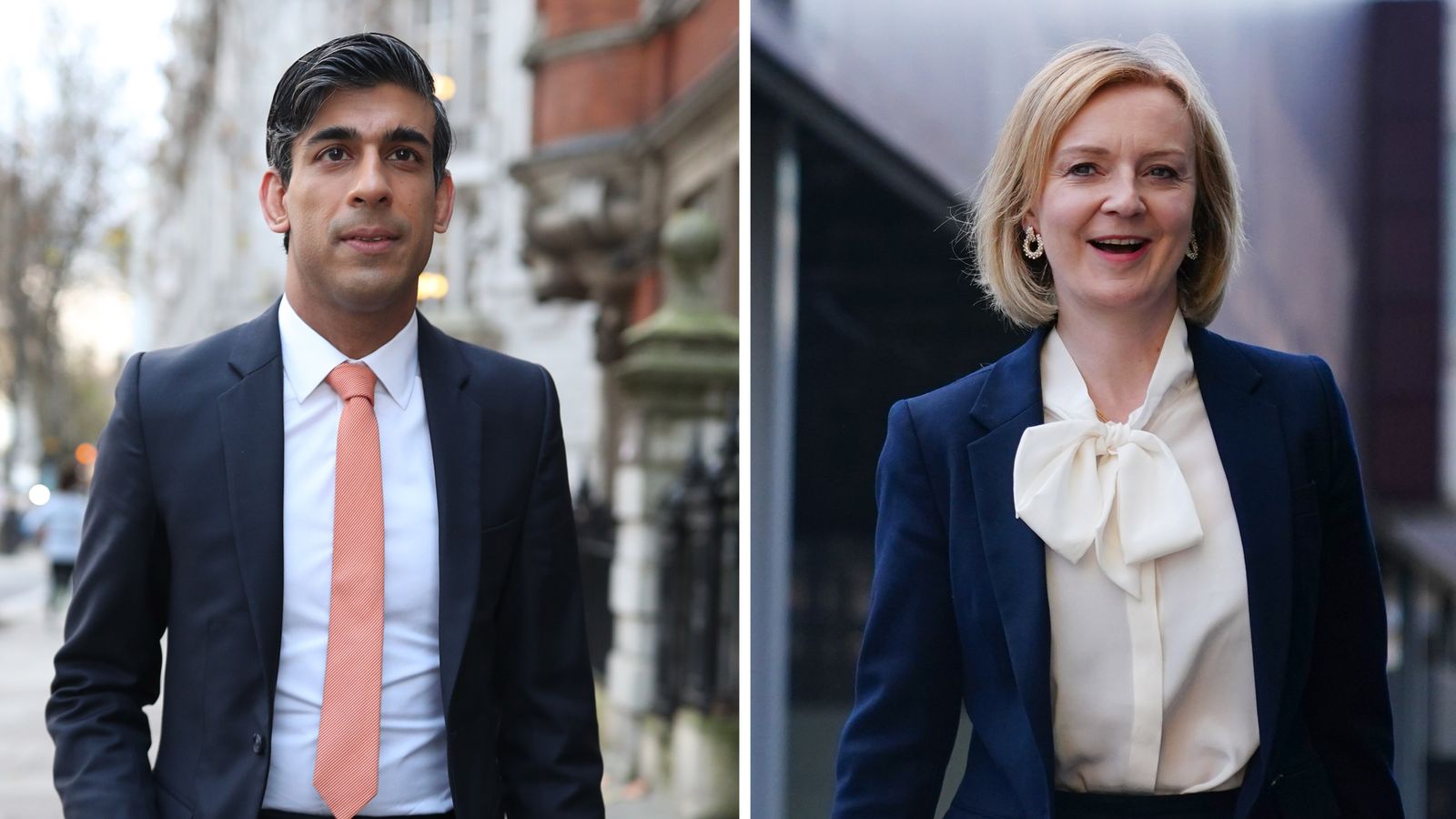 The final two runners in the race to be the next prime minister will begin a summer of campaigning today in an effort to convince Conservative party members they are the right candidate for the job.

Former Chancellor Rishi Sunak and Foreign Secretary Liz Truss made it onto the ballot paper on Wednesday after their remaining rival, Penny Mordaunt, was knocked out of the contest.

Now they will kick off six weeks of hustings by facing questions from Tory councillors at a closed event in Westminster, before heading around the country to make their case to the membership in appearances that will be streamed online.

Sky News has also announced it will hold a live TV debate between Mr Sunak and Ms Truss on Thursday 4 August, hosted by Kay Burley.

Conservative Party chairman and Tory MP Andrew Stephenson, who is organising the election, said: “At such an important time for our nation, we are conscious that the Conservatives are not just choosing a new leader but also the next prime minister, and it’s a responsibility we take very seriously.”

Politics Hub: Sunak vs Truss could get ‘quite unpleasant’

There were five rounds of voting by Tory MPs to narrow the field to the last two candidates, and Mr Sunak came out top in every one – getting support from 137 members on Wednesday.

But after spending most of the race in third position, Ms Truss had a late surge in support in the final round to take the second spot from Ms Mordaunt, with 113 votes to her competitor’s 105, and has become the bookies’ favourite.

Ms Truss told reporters after the result that she would “hit the ground running from day one” if she became leader, and prime minister, adding: “I want to deliver lower taxes, I want to help struggling families, I want to make sure that we unleash all the potential and talent across Britain.”

But Mr Sunak insisted he was “best placed to beat Keir Starmer in the next election”, saying he would “support people… grow our economy and take advantage of the freedoms that Brexit gives us”.

Labour’s deputy leader, Angela Rayner, said said she didn’t fear facing either candidate at the next general election, as they were “stooges in Boris Johnson’s government”.

She told Sky News’ Sophy Ridge that Mr Johnson “had something the electorate connected with”, but he “broke that trust”, adding: “The two contenders now were part of that government and they don’t have that connection with the public. The public have had enough of this Conservative Party.”

Read more:
What happens now only Truss and Sunak remain?

The first official Conservative Party hustings for members will take place in Leeds next Thursday, and 11 other events will follow across all four nations of the UK.

But while the winner will become the country’s next prime minister, it will only be Tory Party members that vote for them.

Around 160,000 members were eligible to take part in the previous leadership election that saw Boris Johnson defeat Jeremy Hunt, but that number is expected to have increased since then.

Members will receive postal ballots by 5 August and have until 5pm on 2 September to submit them.

The result will then be announced on 5 September, with the winner expected to replace Boris Johnson in Number 10 the following day. 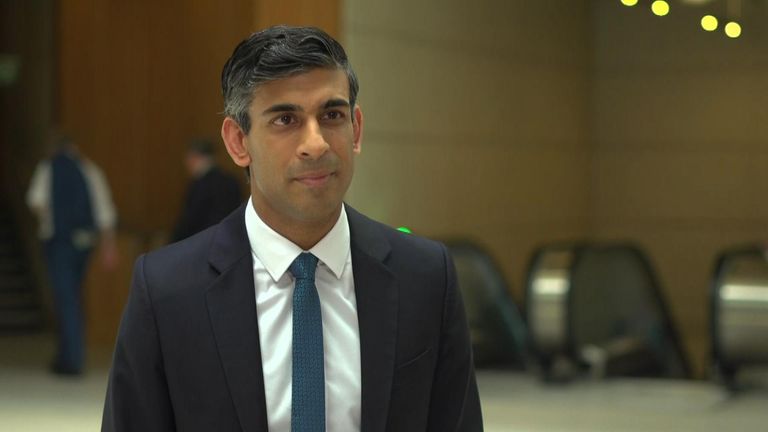 Rishi Sunak ready for the fight

A YouGov poll of Conservative members published ahead of Tuesday’s fourth round of voting showed former equalities minister Kemi Badenoch would have beaten any of her rivals in a final head-to-head, but she was knocked out of the race later that day.

The same poll also suggested that Mr Sunak would struggle to win over the Tory membership irrespective of which of the remaining candidates he may face in the final two.

Tory MP Victoria Prentis, who is backing the ex-chancellor, said “nobody knows” what the membership are thinking, telling Sophy Ridge: “It is very hard to tell who stands foremost in the members mind, but they have got time to make up their minds.”

But Ms Truss backer and former leader Sir Iain Duncan Smith said there is a “sense in the membership” they are “concerned in the way Boris Johnson was dispatched” from Number 10, so may favour her as “Liz stayed in post, did her job… and didn’t abandon [the PM] in the time of war”.

The leadership contest was triggered after Mr Johnson announced he would be leaving Downing Street after an avalanche of ministerial resignations over his handling of the Chris Pincher scandal.