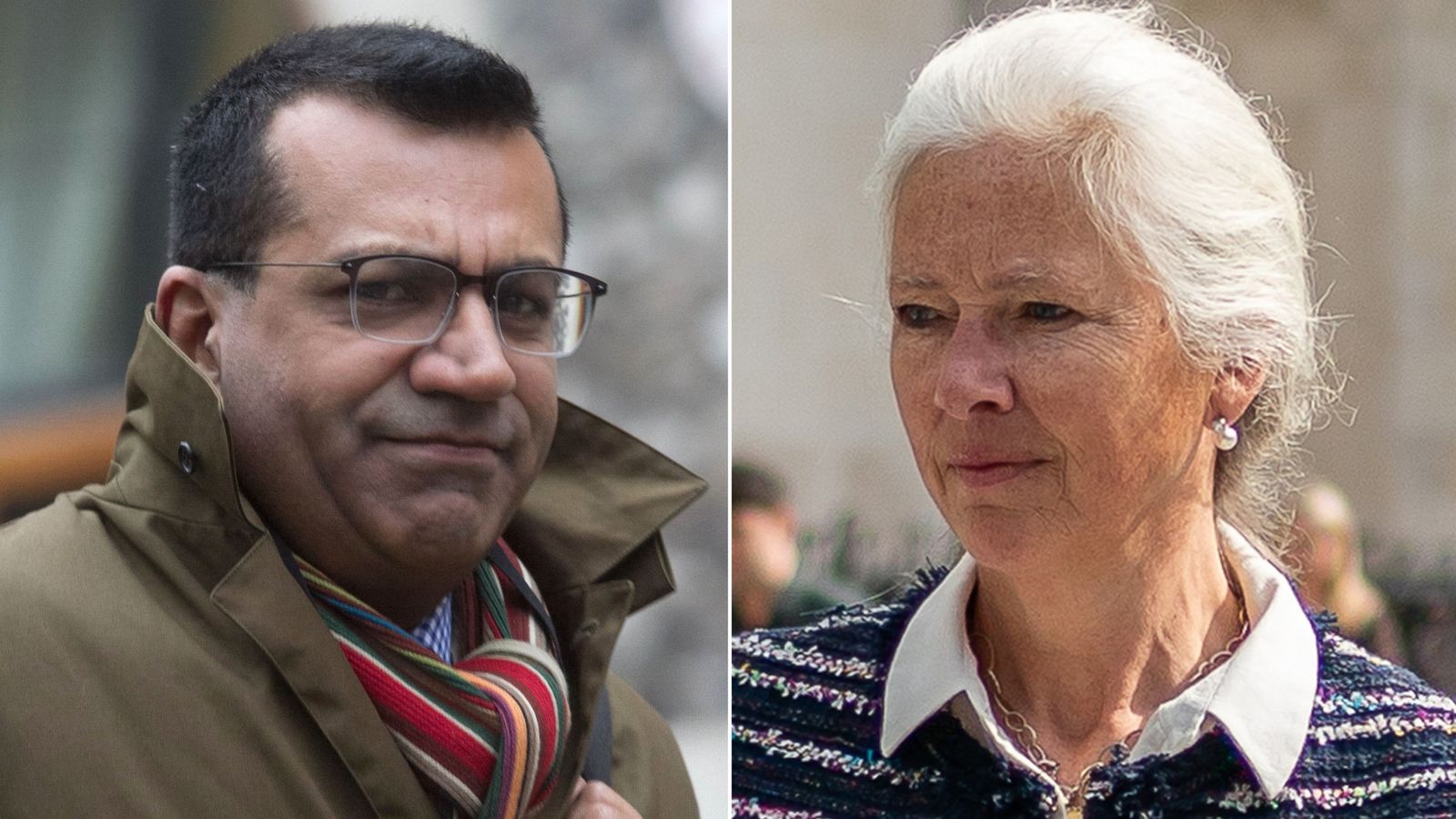 The BBC has agreed to pay “substantial” damages to Princes William and Harry’s former nanny over “false and malicious” claims that she had an affair with Prince Charles and terminated a pregnancy – allegations made by the disgraced journalist Martin Bashir.

Last year, a report found Mr Bashir “deceived and induced” Princess Diana’s brother, Earl Spencer, in order to secure a bombshell Panorama interview with her in 1995.

As part of that process, Mr Bashir is alleged to have lied about Alexandra Pettifer – known at the time as Tiggy Legge-Bourke – telling Earl Spencer she had an affair with the heir to the throne.

BBC director general Tim Davie said the state broadcaster had “let (Diana), the royal family and our audiences down”.

Mrs Pettifer said she was one of “many people whose lives have been scarred by the deceitful way in which the (programme) was made”.

She added: “Still today, so much about the making of the programme is yet to be adequately explained.”

Louise Prince, Mrs Pettifer’s lawyer, said the assertions against her client included the “very serious and totally unfounded allegations that the claimant was having an affair with HRH Prince of Wales, resulting in a pregnancy which was aborted”.

Ms Prince added: “The allegations were fabricated. They also appeared to exploit some prior false speculation in the media about the claimant and HRH The Prince of Wales.”

Princess Diana was affected by the claims, Ms Prince said, becoming “aware of (them) in late 1995”.

Read more:
Who is Martin Bashir? The journalist at the heart of the Princess Diana BBC interview scandal

“She felt she had to prove to others that the allegations were untrue by revealing highly sensitive matters, including private medical information.

“Sadly, Diana, Princess of Wales could not be convinced, even when incontrovertible evidence was presented.”

Family have faced ‘suspicion and disbelief until the present day’

“To the claimant’s great distress, the falsehoods were published very prominently in the national press at the time and repeated over the intervening 25 years.

“Both she and her family have until the present day continued to face suspicion and disbelief. A long shadow has been cast over relationships with those close and dear to her.”

Ms Prince said the allegations appeared to have arisen “in the context of BBC Panorama’s efforts to procure an exclusive interview with Diana, Princess of Wales”.

In court this morning, BBC representatives apologised to Mrs Pettifer and agreed to pay damages.

They said: “The BBC accepts that the allegations made against the claimant were wholly baseless, should never have been made, and that the BBC did not, at the time, adequately investigate serious concerns over the circumstance in which the BBC secured the Panorama interview with Diana, the Princess of Wales.”

Earlier this year, the BBC apologised “unreservedly” to the Princess of Wales’s private secretary, Patrick Jephson, and paid him a “substantial sum” in damages – again over the way Martin Bashir obtained his Panorama interview.

The lies told about Tiggy Legge-Bourke – or Alexandra Pettifer, her now married name – could not have been more personal.

There were suggestions she was having an affair with the Prince of Wales and that they were planning to go on holiday.

And, most hurtful of all, that she’d had an abortion.

All untrue – and all used by Martin Bashir to exploit Princess Diana, to pray on her paranoia and insecurities, to encourage her to do the interview in 1995.

It appears that Mrs Pettifer may have specifically asked for the BBC to publicly apologise: we understand there have been further settlements for others also affected, but no statements in court announcing them like this.

The devastating impact this episode has had on Mrs Pettifer and her family was emphasised by the fact that she made the effort to go to court to hear it for herself – a woman who has done everything over the years to maintain her privacy.

And yet today, she wanted to be seen to be there.

What this again exposes is that while Martin Bashir used deceitful techniques, the BBC management also failed.

They knew in 1995, when the interview aired, that there were questions about how Mr Bashir secured the exclusive and evidence of documents being faked – and yet as Lord Dyson said in his report in May 2021, their investigations were woefully inadequate.

It was a cover-up – and that is what continues to be most damaging for the reputation of the BBC.

BBC: Had we done a proper job, Princess Diana would have known the truth

Tim Davie, BBC director-general, said: “The BBC has agreed to pay substantial damages to Mrs Pettifer and I would like to take this opportunity to apologise publicly to her, to the Prince of Wales, and to the Dukes of Cambridge and Sussex, for the way in which Princess Diana was deceived and the subsequent impact on all their lives.”

Mr Davie said it was a “matter of great regret” that the “BBC did not get to the facts in the immediate aftermath of the programme”.

“There were warning signs that the interview might have been obtained improperly,” he added.

“Instead, as the Duke of Cambridge himself put it, the BBC failed to ask the tough questions.

“Had we done our job properly, Princess Diana would have known the truth during her lifetime. We let her, the royal family and our audiences down.”

Mr Davie added: “Now we know about the shocking way that the interview was obtained, I have decided that the BBC will never show the programme again; nor will we licence it in whole or part to other broadcasters.

“It does of course remain part of the historical record and there may be occasions in the future when it will be justified for the BBC to use short extracts for journalistic purposes, but these will be few and far between and will need to be agreed at executive committee level and set in the full context of what we now know about the way the interview was obtained.

“I would urge others to exercise similar restraint.”

Ms Prince said: “Had the BBC not fallen short, the claimant and her family could have been spared 25 years of lies, suspicion and upset.”