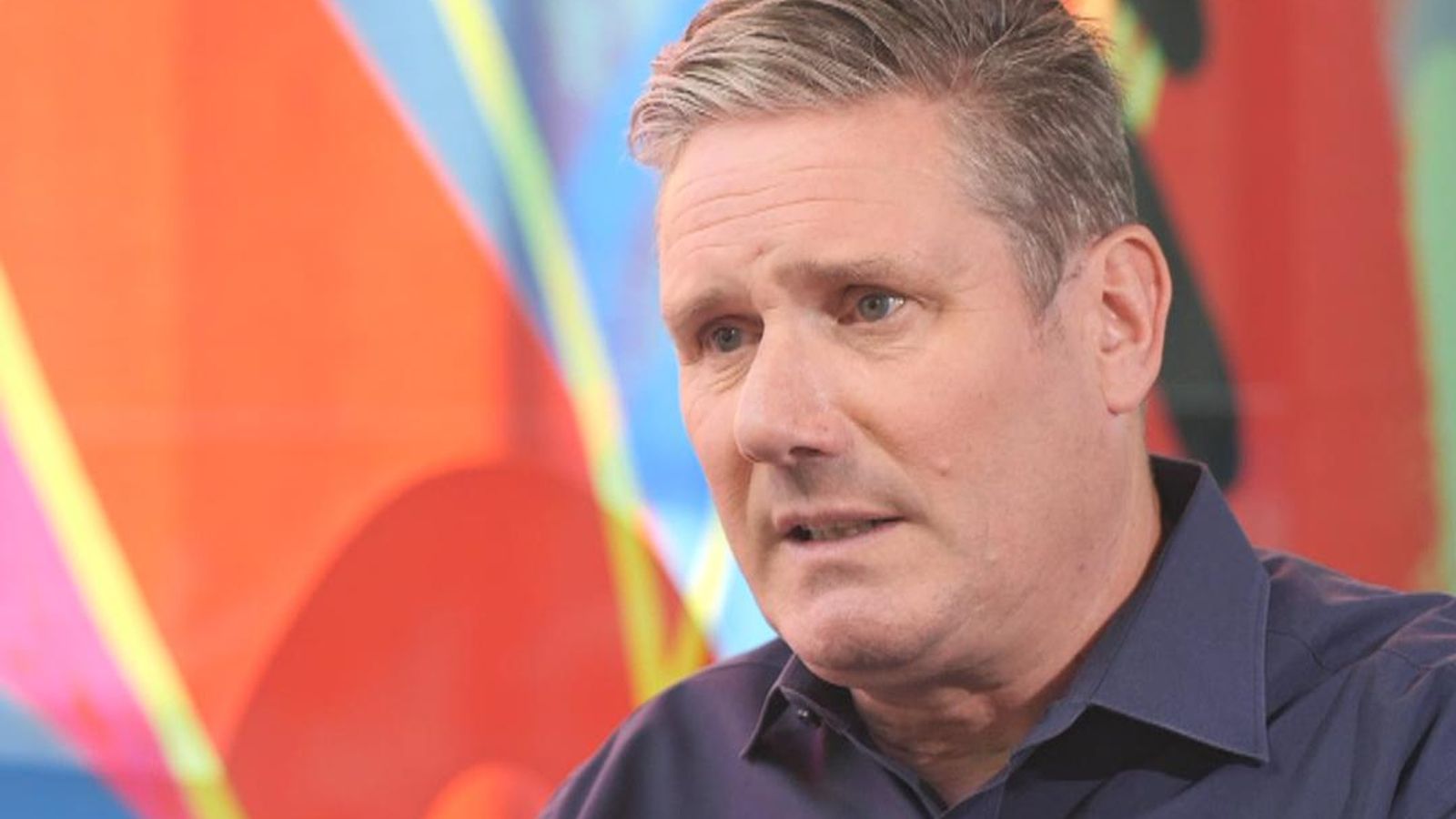 Sir Keir Starmer has revealed he “hated” being subject to a criminal investigation over beergate and the potential breach of COVID rules, and that waiting to hear if he would be exonerated was a “burden every day”.

In an interview with Sky News’ Beth Rigby interviews programme, the Labour leader opened up about the moment he found out police would be investigating a video of him drinking beer over a takeaway curry with colleagues in a Durham constituency office, when social distancing rules were still in place.

Sir Keir, who was cleared by Durham Police last month, said he was always confident he had broken no rules, but that it was a “big moment” when the decision was made to investigate him.

Politics Hub: Sunak vs Truss could get ‘quite unpleasant’

He said: “I really hated it, being subject to a criminal investigation when you have been the director of public prosecutions.

“I hated it, I am not like other people in many respects that will say it doesn’t matter, it meant a lot to me, it was a burden I was carrying. I tried not to show it of course, but it was there every day.”

The Labour leader also said he knew “in his gut” he would have to resign if he was found guilty, but that he delayed committing to this because he wanted to talk the decision through with his wife.

“A lot of people criticised me for taking two or three days to take decision”, he said.

“I put my whole career on the line and I wasn’t going to do that until I sat down as I did on that Sunday, and talked it through with Vic, my wife.”

Sir Keir insisted he took the decision as a “a matter of principle that those who make the rules can’t break them” and “not to show somehow that I was a goody two shoes” – as some of his critics suggested.

He said his wife “supported him” through the decision, later calling her “fantastic”.

The Labour leader went onto open up about his family life, saying his biggest worry is the impact his job could have on his two children, who he has been determined to keep out of the public eye.

He said his youngest has already told him she won’t be moving in with him to Downing Street if he wins the next election.

“We don’t want our family destroyed by all of this,” he said.

“We didn’t have children as sort of props in my political life.”

On the prospect of winning an election, he said he has never doubted Labour could win under his leadership but said after two years, “hope has turned into belief”.

He disagreed with the suggestion he was not cutting through because people think he’s boring, telling Beth Rigby: “I don’t think I am boring, I am not going to pretend politics is a brand of the entertainment business, running the country is a very serious issue and you need serious politicians to do it.”

It was also put to him that another concern from voters is that people don’t know what he stands for – having backed a different vision for Labour under Jeremy Corbyn.

But Sir Keir insisted that after the party’s disastrous performance at the last election, he had to “reflect” on what went wrong and change.

When asked specifically where he stood on the national rail strikes, and whether the Labour party supported them, he insisted his position was clear – that he didn’t want them to go ahead.

But he admitted he didn’t think it was appropriate for a prime minister to go on the picket line.

“But that shouldn’t’ be translated into a lack of understanding of just how much people ae struggling after 10 years of Tory failure on the economy.”

The full interview can be watched tonight on Beth Rigby Interviews at 9pm.

Beth will also be getting to know the reality TV star Vicky Pattison and speaking to legendary DJ Judge Jules.

‘I am still asking myself why I am alive’: Survivor tells of ordeal after Gaza apartment destroyed
‘Water was over my head’: Kentucky man rescues 7 from floods
Boris Johnson will not intervene in cost of living crisis as that is ‘for future prime minister’
Triple blow to earnings leaves some low-income families £1,600 worse off, even after govt support
‘Serious as a heart attack’: What Cipollone subpoena means