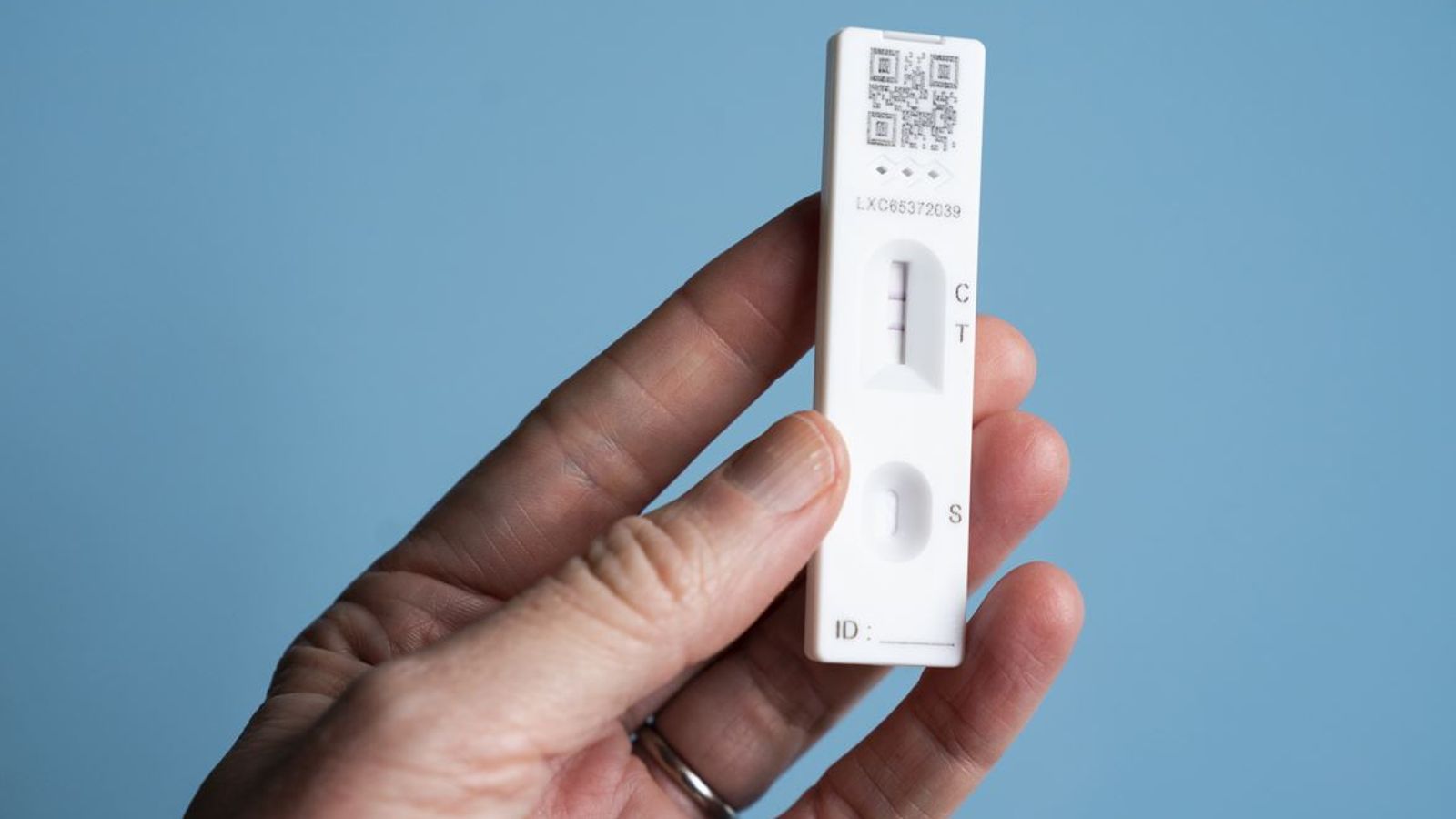 The number of people testing positive for COVID in the UK has risen to 3,760,200, latest figures show.

In England, an estimated 3,147,700 people had coronavirus in the week to 14 July, according to the Office for National Statistics (ONS).

Last week, the estimated number of people testing positive for the virus was 3,498,700.

That means 261,500 more infections were estimated compared to last week – a rise of 7%.

But last week’s increase was 29% – suggesting the rate of infection could be slowing.

Almost 3.8 million is the highest weekly estimate for total infections since mid-April, but is still below the record of 4.9 million reached at the end of March.

While rates have risen in most in most regions of the UK, some are plateauing or even beginning to fall.

It appears too early to tell, however, whether those decreases will be sustained.

The majority of infections at present are the BA.4 and BA.5 Omicron variants, making up 89.2% of infections in week ending 3 July.

Revealed: Most common signs you have a COVID infection

The ONS said that in England, the latest statistics showed higher infection levels than during the peak of the Alpha variant in January 2021.

At that time, however, “hospital admissions were 2x higher and deaths were 14x higher”, it added.

“Infections have, overall, continued to increase in England, reaching similar levels to those seen in April during the BA.2 wave,” said Kara Steel, ONS senior statistician for the Covid-19 infection survey.

“However, we are seeing some uncertain trends in the latest data across the other UK countries, some English regions and among some age groups.

“It is too early to say if this most recent wave is starting to peak, but we will continue to closely monitor the data.”

Paul Hunter, professor of medicine at the University of East Anglia, said it was important to remember that the ONS data is “always about two to three weeks behind the epidemic curve, as far as new infections (incidence) are concerned”.

He added: “Other sources – Department of Health and dashboard and Zoe app data – have suggested that for England the number of new infections peaked around 8/9/10 July and are now in decline.

“The suggestion that new infections are indeed now falling is further supported by the fact that new hospital admissions are also now falling, though I suspect that the next couple of days’ data may be confused by increased hospitalisations because of the heat wave.”