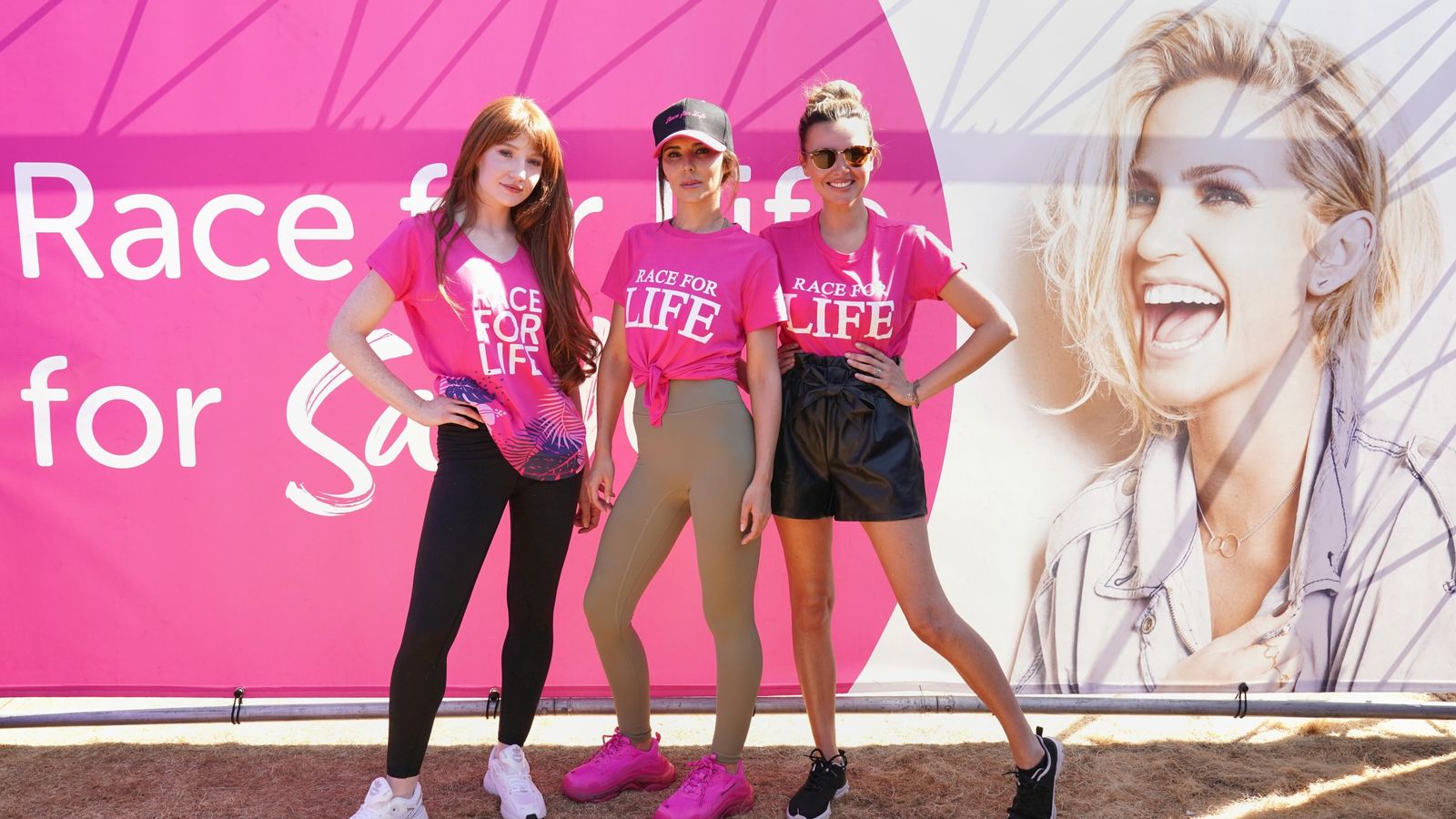 Girls Aloud stars Cheryl, Nadine Coyle and Nicola Roberts have led runners at a special Race for Life event in memory of their bandmate Sarah Harding.

Hundreds of people, many wearing pink wigs and tutus, took part in the 5k Race for Life for Sarah around Hyde Park in London.

Harding died at the age of 39 in September last year – a year after she revealed she had an aggressive form of breast cancer.

She documented her journey with the disease in an autobiography, released in March 2021, entitled Hear Me Out.

In it she explained how she decided to go public with the illness to encourage others to seek help – who may not have otherwise done due to the coronavirus pandemic.

“You feel so helpless, you’ve never felt hopelessness like it, it’s horrendous,” she added.

“So the fact that she had one request that we can fulfil is like great for us because it just feels like we’re doing something.”

Coyle added that she had been “in denial” following her death, which Roberts said made the whole band “worried”.

One participant, Megan, who lost her grandfather and close family friend to cancer, said on Twitter: “I was devastated when I heard Sarah had died from cancer.

“I realised cancer can affect anyone, it doesn’t matter how successful or famous you are.

“I grew up listening to Girls Aloud and Sarah was my favourite. So when I saw the Race for Life for Sarah event advertised, I knew straight away this was something I could do.”

The fifth Girls Aloud star Kimberley Walsh was absent but has said she will take part in another similar event.

Earlier this year, the four women revealed they would be fronting a series of events to raise money for research into cancer.

They will culminate in a “big industry-led gala dinner… that will aim to support Sarah’s wish”, the singers said in a statement.

The former headteacher launched the crowdfunder as she announced she was moving to hospice at home care.

Slower inflation growth eases pressure on US Fed to hike interest rates
Netflix is expanding its push into video games, but few subscribers are playing along
‘I told her how much I loved her’: Husband of Dame Deborah James on her last moments
‘More extreme than anything I’ve seen’: Flash floods leave hundreds stranded in Death Valley
Disney streaming subscriber growth blows past estimates, as company beats on top and bottom line