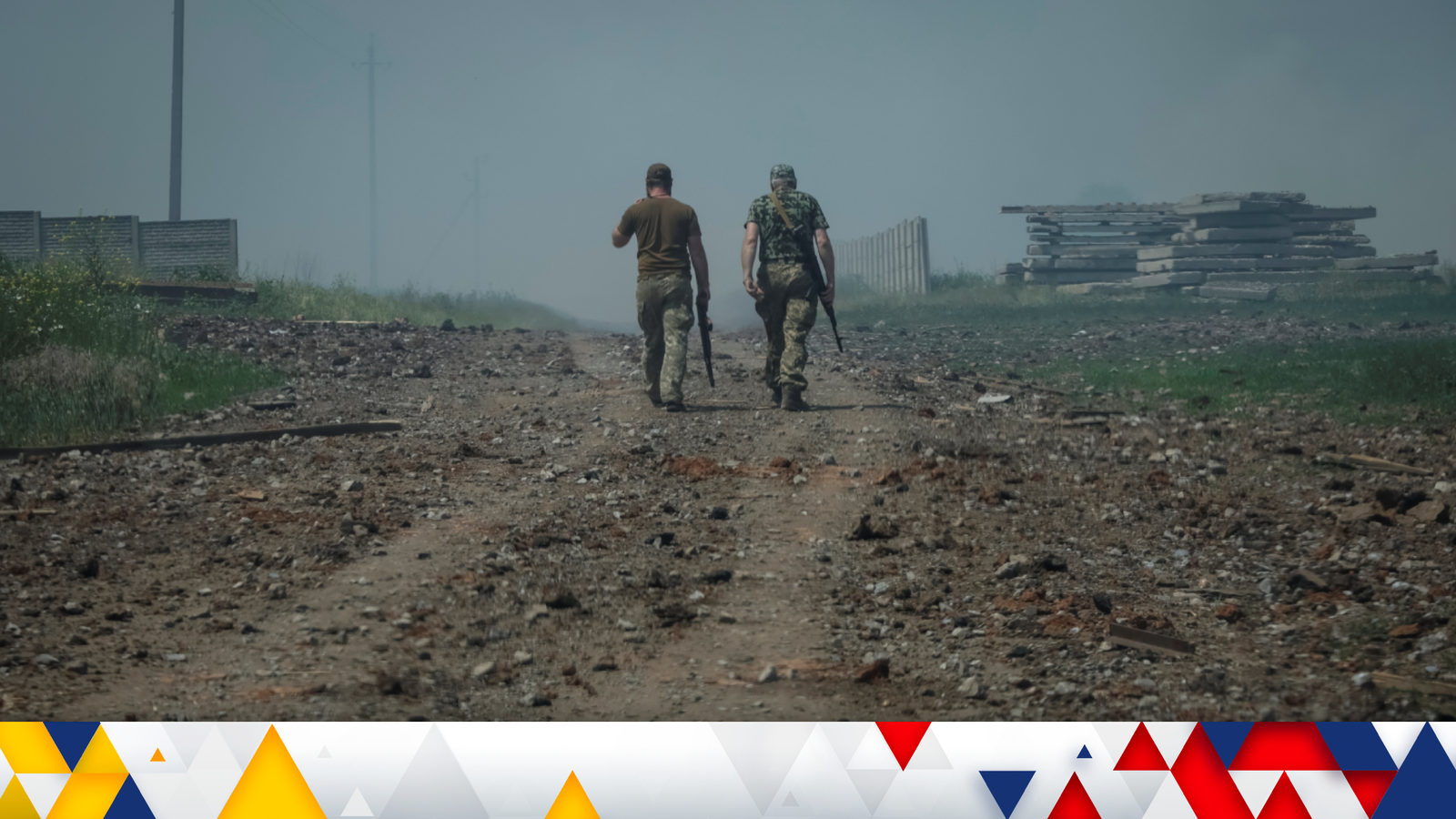 Ukraine says it is launching a counter-offensive in the south but as this gruesome war enters its sixth month people living on the frontline in the Donbas region of eastern Ukraine fear the shelling will never end.

And they worry they’ve been forgotten about and left behind in the face of a slowly advancing Russian army.

In the city of Soledar, they only leave their apartment blocks now for emergencies.

The odd car screeches through the deserted streets and the threat of shell or rocket fire is constant – bomb fragments pock-mark the roads.

Another reminder that death may is never far away.

There’s no power or water here and residents are terrified, camping next to their bomb shelters.

A woman emerges from the shadows to speak to us but won’t give her name – she’s frightened.

She tells me that she’s no longer living, only surviving in an endless nightmare.

“What can I tell you? How can we live here when they are shooting or shelling on you head? Can you sleep? And there are children here, small children?”

Everyone here is terrified. They don’t know who’s winning this war. They just want the fighting to stop.

“Every day it’s louder and louder – it’s like a week like that. It’s backwards and forwards. And yesterday the bombs landed in the shelter of a woman’s Dacha,” she said.

But this war is not about to end.

As we make our way to the Ukrainian military front line positions it’s clear this conflict could go on for years.

We’re guided by one of the soldiers, Mikhailovich who warns there could be incoming fire at any time.

There may be what the military strategists call an “operational pause” at the moment but the trade in deadly fire continues in this relentless artillery duel of attrition.

The line of contact stretches for miles, and both sides are heavily dug in.

But Ukraine says Western long-range artillery is slowly giving them the advantage.

We hear the sound of a British gun thundering rounds into the Russian positions, which are barely 700 metres in front of us, on the other side of the Siverskyi Donets River.

It is hard to know whether Ukraine is capable of victory, or is just losing slowly.

Russia is finding it difficult but is making gains in the east and you only have to visit the cities in the firing line to see that.

Bakhmut is slowly being crushed with shells and rockets are landing here every day, traumatising the local population.

Ruslan says he wants Ukraine to win but more than that he wants peace and stability – even if it means conceding territory and living under Russian occupation.

“They should have given all (the territory of Donbas) in the beginning. You can’t fight with that side.

“Because if that country wants (Russia) it can take the whole of the Europe.”

People here already know what Russia will do to achieve its ends. Civilian targets are often being hit.

The local school lies in ruins; smashed in an airstrike.

There are reminders of what life was once like here, pictures of the school children hang on the walls amidst the rubble.

But now there’s only the sound of violence as Russia’s assault gets closer.