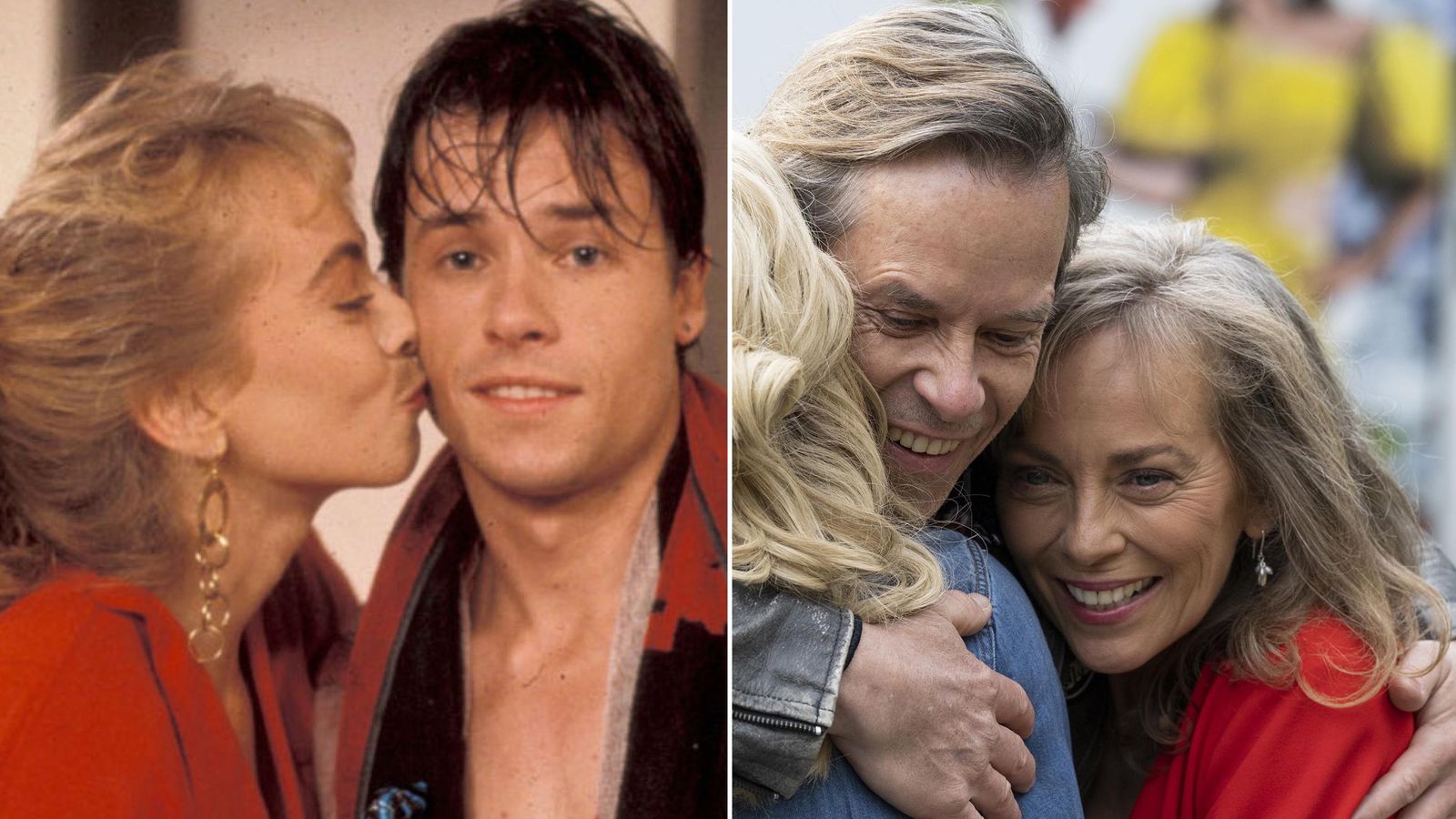 From the Princess of Pop to an Oscar-nominated actress, Neighbours has provided a platform for several world-famous stars.

And many of those have returned for the final episode, which comes after the series was axed by Channel 5 in the UK.

Hollywood actor Guy Pearce, who played Mike Young (pictured above), is among the familiar faces from the ’80s who have made a comeback to say farewell, reuniting with Annie Jones as “Plain” Jane Harris, who rejoined in 2018 – but will they rekindle their relationship some 30 years later?

You can read our review to find out more – and here’s how some of the other Ramsay Street residents past and present are looking now.

Karl and Susan Kennedy (Alan Fletcher and Jackie Woodburne) are Ramsay Street’s longest-serving residents, having moved in in 1994. They’ve had their ups and downs (Sarah and Izzy, amnesia) but are now stronger than ever

Paul Robinson (Stefan Dennis), the villain we loved to hate, was an original star who left the soap in 1993 but returned for good in 2004. Known for his schemes and affairs, here he is pictured with his second wife Gail (got pregnant with triplets, moved to Tasmania) and his sixth (and final, that we’ll know about) wife Terese.

Scott and Charlene Robinson were love’s young dream, their wedding watched by almost 20 million people in the UK. They were only in the soap for a few years before their pop careers took off, but returned for a cameo in the finale.

Harold was swept out to sea (who can forget seeing his glasses on that rock?) but infamously came back from the dead, thinking his name was Ted. He and Madge were reunited and he regained his memory, but she later died of cancer in one of Neighbours’ most emotional scenes. Which means she can’t be there for the finale… or can she?

One of the much-loved Scully family, Felicity, or “Flic”, was introduced in 1999. One of her biggest storylines involved an affair with sister Steph’s fiance Marc, revealed at the altar, which meant she had to flee Erinsborough for a bit – probably to negotiate her record deal, which later saw her topping the charts with Kiss Kiss. Mwah!

Natalie Imbruglia played Beth Brennan, of Beth and Brad fame. Unfortunately, Brad cheated on Beth with horse-rider Lauren, but things worked out okay in the end – he and Beth got back together, Lauren joined a cult.

Who knew when Donna Freedman arrived in Erinsborough back in 2008 that actress Margot Robbie would be starring alongside Leonardo DiCaprio in The Wolf Of Wall Street just five years later? Or playing actual Barbie in 2023? Still, she still had time for a video call to her Ramsay Street friends.

Why Republicans should be worried about Iowa
‘It was shocking to see the material was that bad’: Friend of girl who died from self-harm hits out at social media
Another US state adds electric bike subsidy, this time with up to $1,700 rebate
Shut him down? If asked, Rodgers ‘open’ to idea
On Chinese social media, America is being blamed for the recent protests