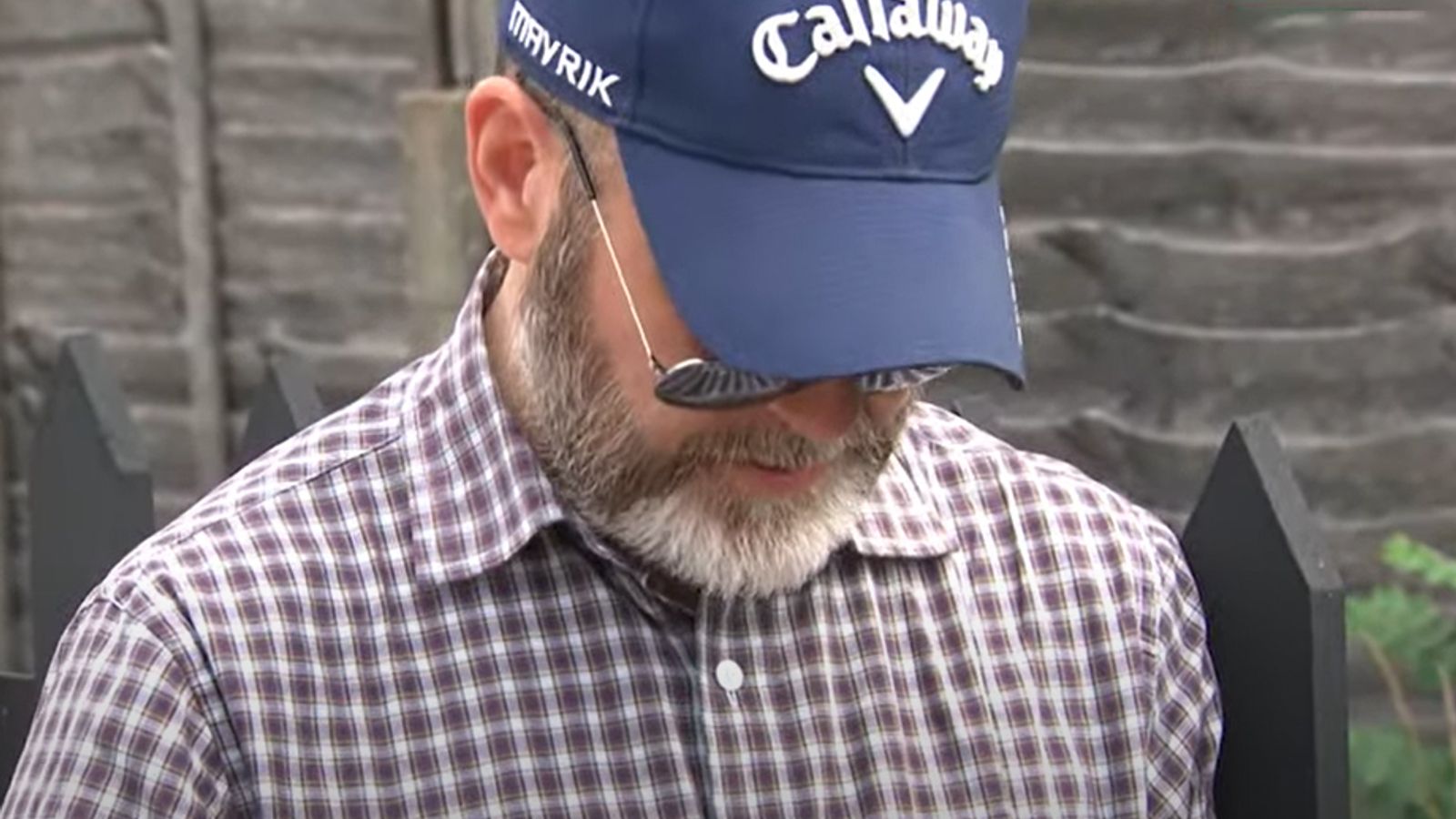 Sky News has caught up with former deputy chief whip Chris Pincher, who was instrumental in Boris Johnson’s downfall.

Last month, Mr Pincher resigned his post after he was accused of groping two men in a private members’ club.

It later emerged he had already been investigated for his conduct three years ago.

The PM’s official spokesperson eventually confirmed that the prime minister was previously told about an investigation into the disgraced MP’s inappropriate behaviour in 2019, despite days of Number 10 saying Mr Johnson was unaware of specific allegations against his former deputy chief whip.

In an awkward exchange on Friday, when asked about the allegations by Sky News correspondent Dan Whitehead at Lichfield train station, Mr Pincher repeatedly refused to answer a number of questions on the matter – but also refused to move away.

“I’ve got no comment to make” and “if you just leave me alone for a moment, thanks” are Mr Pincher’s only comments in the nearly four-minute exchange in which he remained fixated on his phone.

The Tory whip was only removed from him numerous days after the allegations were released into the public domain and Mr Pincher now sits as an independent MP.

It was the second time the MP for Tamworth in Staffordshire resigned from the whip’s office, after Conservative candidate Alex Story accused him of making an inappropriate advance in 2017.

Mr Johnson later apologised for appointing Mr Pincher as deputy chief whip, saying it “was a mistake” and “in hindsight the wrong thing to do”.

The prime minister said sorry to “everybody who has been badly affected”, adding: “I just want to make absolutely clear that there is no place in this government for anybody who is a predator or who abuses their position of power.”

Minutes after the prime minister had spoken on the matter, Sajid Javid handed in his resignation as health secretary.

“I have spoken to the prime minister to tender my resignation as Secretary of State for Health & Social Care. It has been an enormous privilege to serve in this role, but I regret that I can no longer continue in good conscience,” he said in a letter.

“The public rightly expect government to be conducted properly, competently and seriously. I recognise this may be my last ministerial job, but I believe these standards are worth fighting for and that is why I am resigning,” he said.

Mr Sunak added that “we cannot continue like this”.

Labour comfortably wins Chester by-election with increased majority
‘It was shocking to see the material was that bad’: Friend of girl who died from self-harm hits out at social media
On Chinese social media, America is being blamed for the recent protests
Lightyear wins race to market with start of solar EV production in Finland
China competing with West ‘will lead to clash’ and UK ‘has been asleep to threat for decades’