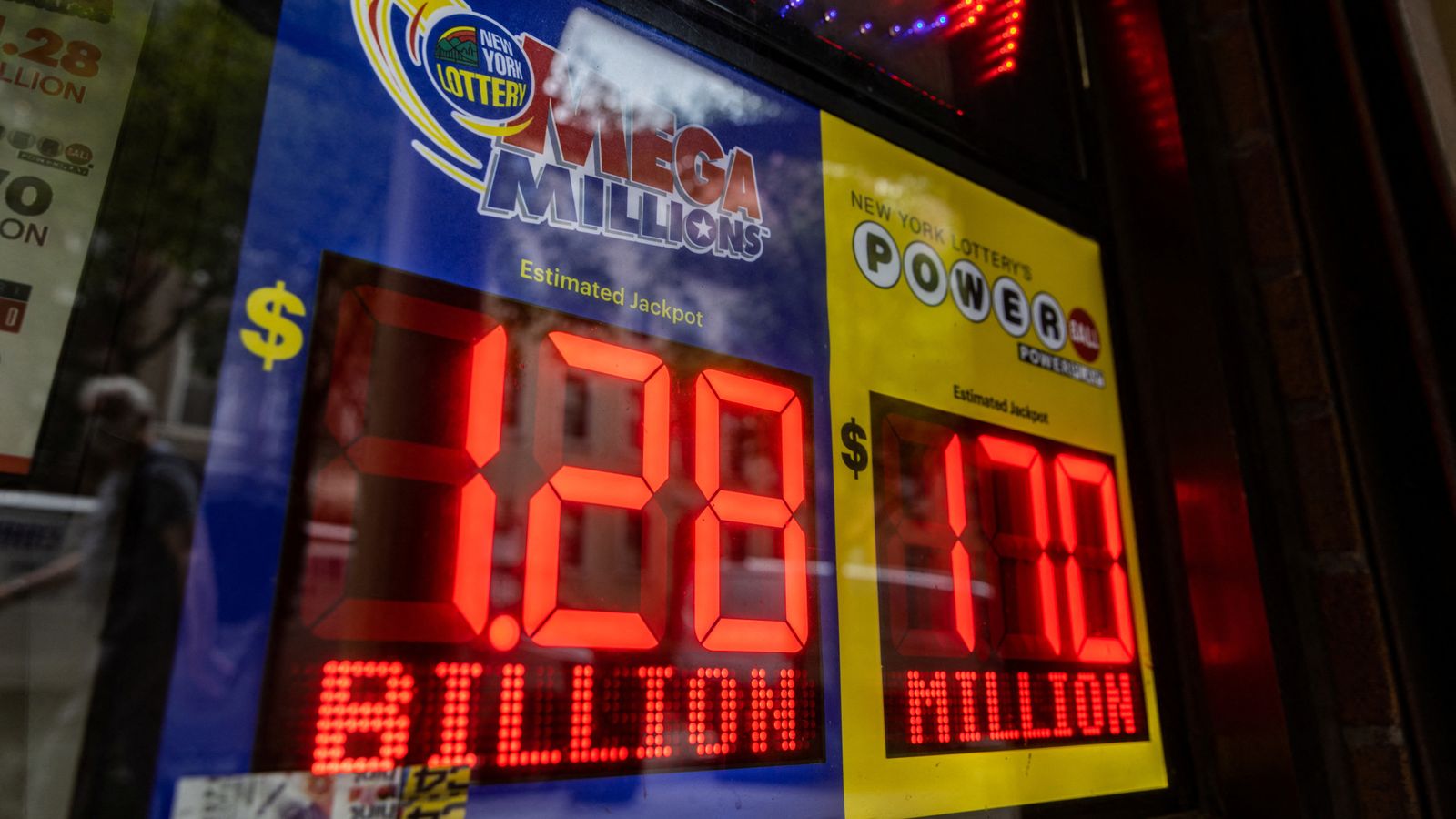 A ticket-holder has won the US Mega Millions jackpot of $1.28bn (£1.05bn) – the third biggest lottery prize in the country.

Officials said the single winning ticket was bought in Illinois.

The jackpot grew to such an astronomical figure after 29 consecutive draws without a winner.

The jackpot is the biggest lottery prize in nearly four years.

The winner can either claim the $1.28bn prize in the annuity option, which spreads the amount over 30 annual payments, or a cash option for an estimated $747.2m (£613.3m). Nearly all jackpot winners choose the cash option.

Those who opt for the full prize could eventually afford to buy the world’s largest yacht twice over. The 590ft megayacht belongs to Sheikh Khalifa bin Zayed al Nahyan, President of the United Arab Emirates.

The odds of winning the jackpot were one in 302.5 million.

The UK’s largest National Lottery pot of all time was £195m and was won in May this year.

It surpassed the €220m (£185m) Euromillions jackpot won in France in October 2021, which was Europe’s previous record jackpot.

Iranian operative charged over ‘plot to kill Trump’s former adviser John Bolton’
What is the UN Security Council?
Truss pledges to ‘immediately’ reverse NI hike in emergency budget – as Sunak slams ‘starry-eyed boosterism’
Wildfire risk raised to ‘exceptional’ – the highest it can be – as four day amber alert begins
Google outage reported by thousands of users around the world