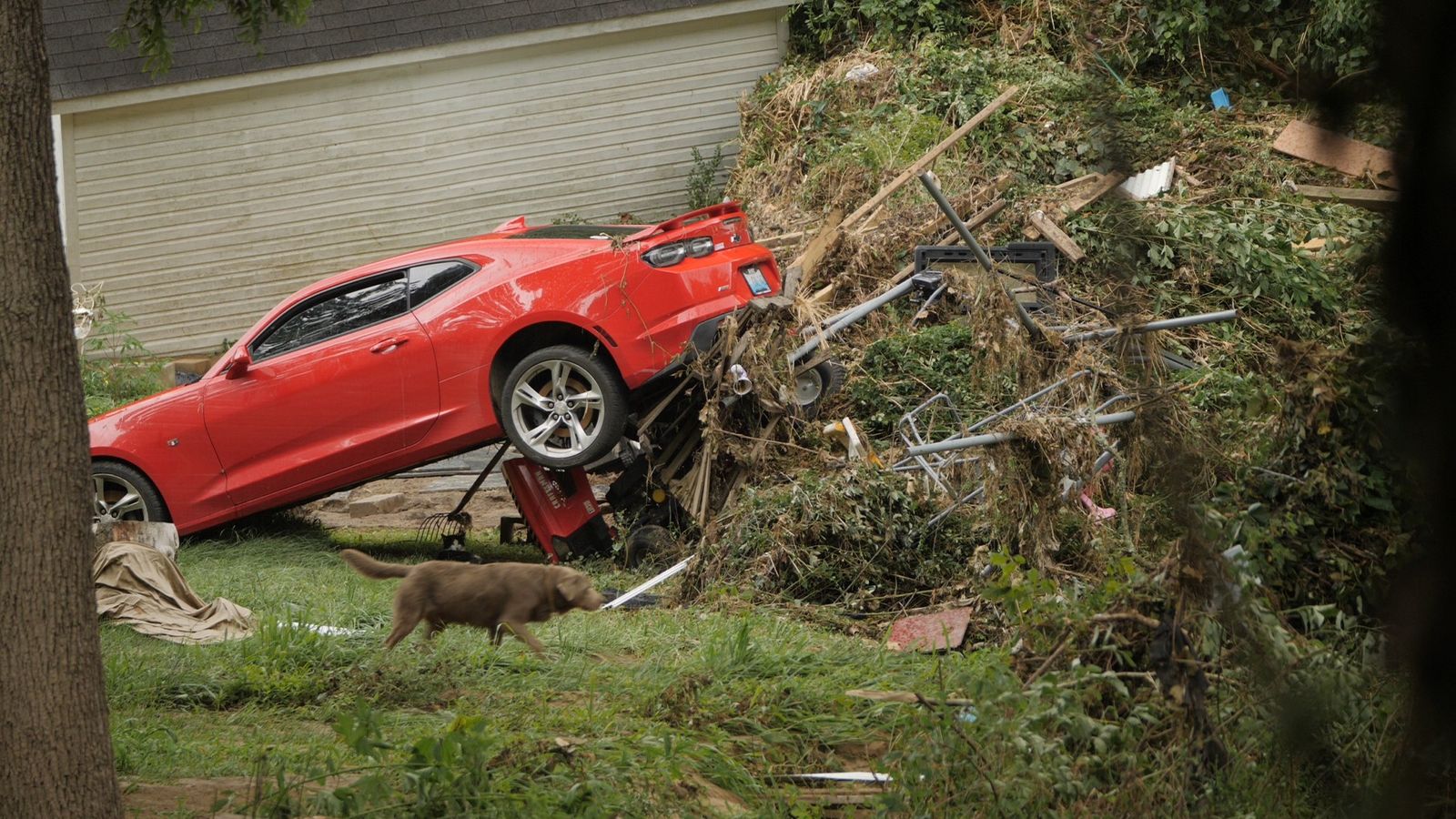 It’s been another awful day for Sheriff Joe Engle and his teams.

On the banks of one or so many creeks in this stunning corner of Kentucky, they lift a body onto a stretcher.

Three days since the water swept through these rural communities, they are still finding those who didn’t make it.

“This is the third one this afternoon,” he tells me.

“Yes, this has been our toughest day. In another part of the county a few miles from here another one was recovered so this is our fourth body this afternoon. So yeah, tough day,” he says.

It’s personal for the sheriff too. His great aunt was among those who died.

“I’ll process it when I get a chance to and deal with what we’ve taken in. Gotta push through right now to get the job done,” he tells me.

Troublesome Creek stretches for many miles along this part of eastern Kentucky. And all along it we see the destructive power of water.

Homes with their contents piled up on the front porch. Memories, livelihoods, and lives have been swept away.

The rescue workers are only just reaching some parts. Bridges are down. The electricity, the phones and the water too.

A little further along the road which hugs the creek, we’re stopped by Nolan Allen.

He’s the postmaster for this community, he knows everyone and wants to show us what it looked like. He plays us a video he filmed.

“We’re a tough bunch. We’ll help each other, we’ll get through this. We all grew up poor, we are hardened and resilient. We’ll manage,” he says.

We chat about how so much of our weather right now is so extreme.

This is a community heavily reliant on coal production over the years. There is an understandable reluctance to get behind green initiatives that many couldn’t afford anyway.

Nolan says the fight to combat climate change is about far more than “going green”.

We pass a baseball field. The wire fence around must be at least 15ft high and it’s thick with debris all the way to the top.

The water was that high. An extraordinary volume from rains which fell over just a few hours.

The playground too is tangled with foliage carried by the torrent. Another local stops to talk. They are the friendliest people around here. Robert Fields was born and bread in Troublesome Creek.

“The summer – the storms have got worse, the rainfall got worse, and then, all of a sudden, you’ll go to dramatic heat like it’s become a desert. We went a month and never had rainfall and now after that, look what’s happened.”

Twenty minutes up the road, Hazard is the local city. It’s more of a town really – a small place that’s hosting the state Governor.

Andy Beshear, a Democratic governor for a state where politics is deeply divided, is here to offer support and pledge help.

It’s only six months since he was doing the same for communities in the west of the Kentucky hit by record breaking unseasonal tornadoes.

“The main thing about this flood is that it’s taken everything from people who didn’t have that much to begin with. So it’s gonna take real federal and state investment especially in rural water infrastructure to ultimately withstand types of events. But what I can say it whether it was a tornado or this flood, it’s gonna be hard to build infrastructure that withstands it.”

I ask him about climate change and whether he thinks people draw the link.

“Right now they just want help. They just want to find the relatives and they don’t want their experience to be co-opted in a larger debate…

“Listen, I believe in climate change, I believe it causes more devastating weather. But my job right now is to get families back together, get a roof over their head and make sure they have enough to eat and that’s what I’m focused on.”

There is no question that the people here have resilience. I’ve seen it in spades. But what about the resilience of our infrastructure and our homes?

People here are already wondering whether the place that was home can ever be again.