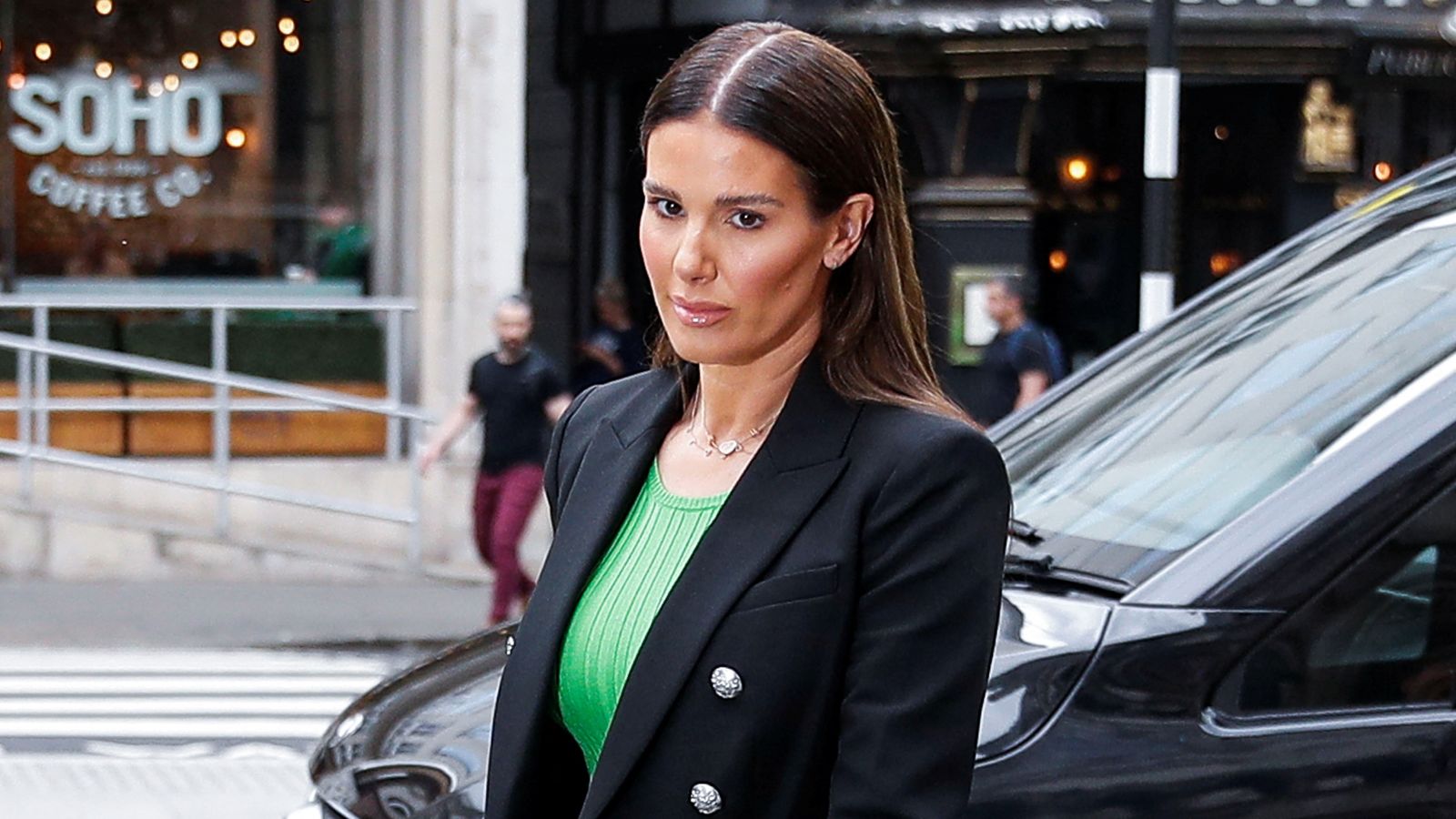 Rebekah Vardy has said she feels there was “a lot of sexism” in the coverage of her “Wagatha Christie” legal row with Coleen Rooney.

Vardy attempted to sue her fellow WAG for defamation, but a High Court judge ruled that Rooney’s Instagram post outing Vardy for leaking stories to The Sun newspaper was “substantially true”.

In her first TV interview since losing the libel case against Rooney, the wife of Leicester City striker Jamie Vardy has opened up about her thoughts on the court battle and the mental health struggles she has experienced since the row began.

TalkTV’s Kate McCann asked Vardy whether she thought the scrutiny by the media surrounding how she and Rooney dressed during the trial was influenced by sexism, to which she replied: “Totally – the whole thing was presented in such a misogynistic way.”

Vardy, 40, pointed out that she does not think Johnny Depp’s attire was subjected to the same level of observation during his recent high-profile trial with Amber Heard.

Vardy also reflected on how it has affected her personally since the original post in 2019, admitting there were points where she felt she “didn’t even want to be here anymore”.

She added: “It was like the worst feeling but at the same time having those feelings, feeling that I shouldn’t be feeling that because to me that was being a failure and that was not an option for me to be seen to be like that, for the kids’ benefit more than anything.”

The former I’m a Celebrity… Get Me Out of Here! contestant has previously revealed that she was admitted to hospital twice to be treated for mental health issues since the row with Rooney began and feels that she is probably suffering from PTSD (post-traumatic stress disorder).

Reflecting on the chance that she will go back on medication, she added: “It’s nothing to be ashamed of, if that helps then I’ll accept it because I think everyone has to know their strengths and their weaknesses and point when they need to ask for help.”

The dispute began in 2019 when Rooney shared a post saying she had carried out a months-long “sting operation” and accused Vardy of leaking “false stories” about her private life to the press.

Read more:
Rebekah Vardy says the judge ‘got it wrong’ as she responds to ruling
The ‘Wagatha Christie’ libel case explained
What the Wagatha Christie ruling means for you and social media posts

The wife of former England star Wayne Rooney publicly claimed Vardy’s account was the source behind three stories in The Sun newspaper featuring fake details she had posted on her private Instagram stories.

Vardy denied leaking stories to the media and sued Rooney for libel with both women attending a week-long trial at the High Court in London in May, which attracted a huge amount of press attention.

Speaking to TalkTV, Vardy admitted she does regret the dispute went as far as it did but continuously reaffirmed that she still believes she is innocent.

She added that she is “disappointed” with the outcome of the trial, saying: “I didn’t expect it to go that way but I think we had a judge that didn’t understand the case and didn’t look at everything.

“It feels like the judge just read what was written in the media and took on their narrative bias.”

Vardy also revealed that at no point did her legal team warn her to not carry on with the case, adding: “Because they know I didn’t do it and that is the exact reason that I carried on for as long as I did and I will say that ’til I’m blue in the face, I did not do it.”

She added that she holds “no ill feelings” towards Rooney but feels that if she had witnessed the fellow footballer’s wife receive the torrent of online abuse she had received she would have stepped in.