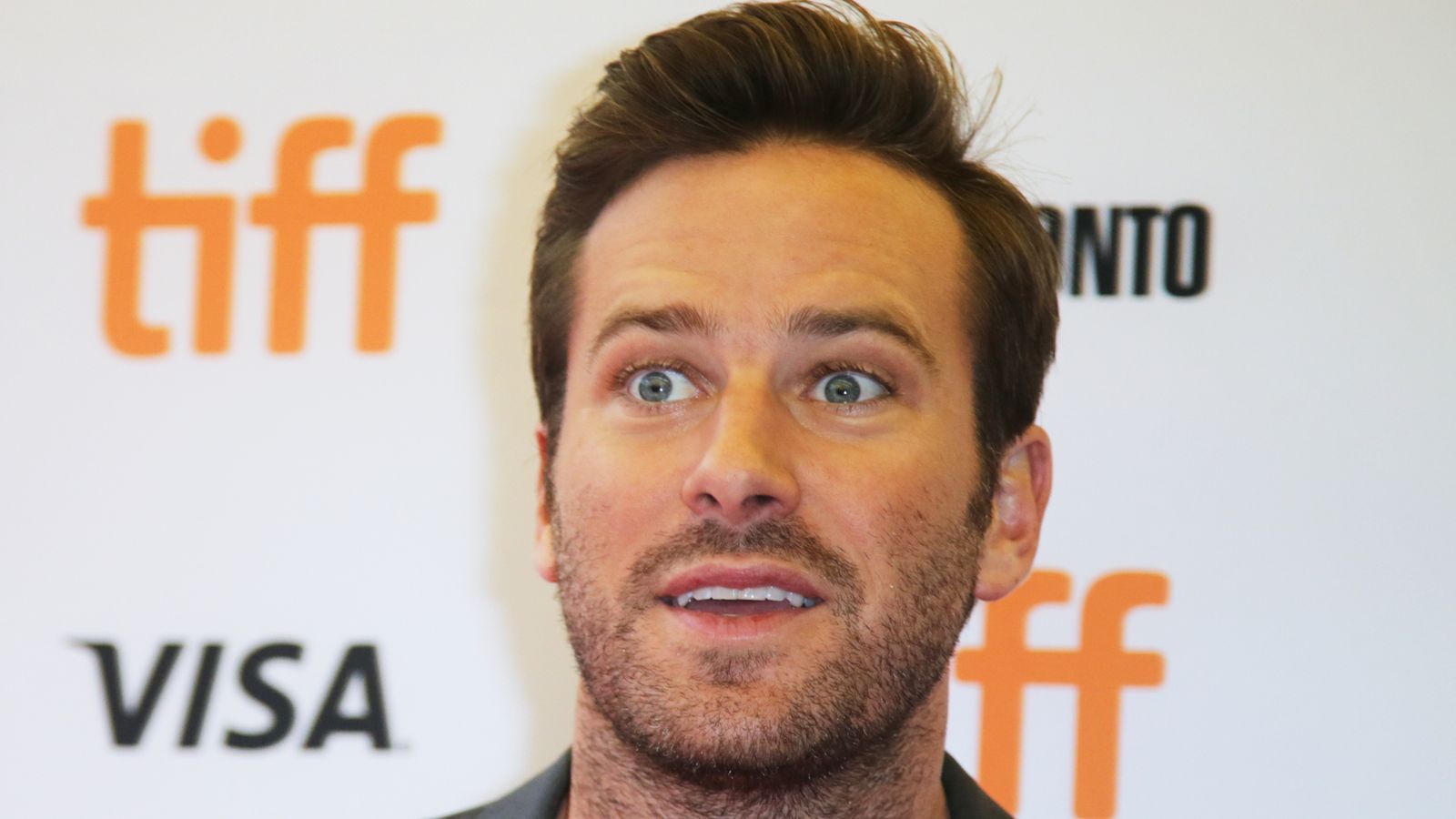 Disturbing allegations of abuse and control are set to be explored in a new documentary about the actor Armie Hammer.

House Of Hammer, produced by Armie Hammer‘s aunt Casey Hammer, “will reveal the dark, twisted secrets of the Hammer family”.

The 35-year-old actor was hit by a series of accusations early last year, after a number of his former partners claimed he was physically and emotionally abusive towards them.

Messages detailing disturbing and violent sexual fantasies including cannibalism and rape – which Hammer is alleged to have sent – were shared on social media in January 2021.

In March of the same year, Hammer was also accused of rape by a woman in Los Angeles. Police are investigating the allegation.

Hammer has denied all claims against him.

The trailer for the three-part Discovery+ series shows on-camera interviews with two of Hammer’s alleged victims in which they detail some of their alleged abuse.

Voice memos and text messages allegedly sent by the actor are also featured.

A text message screenshot, reportedly from the actor, states he is “100% a cannibal”.

Appearing towards the end of the three-minute trailer, Casey Hammer says: “You just don’t wake up and become this dark controller, an abuser. This behaviour, it’s deep-rooted”.

Alleging the Hammer family had a problem with violence and abuse across the generations, she goes on: “On the outside, we were the perfect family, but magnify Succession a million times and it was my family.”

Hit Sky Atlantic drama Succession centres on the Roy family empire and their affair with politics, power and money as they battle to stay on top.

Casey Hammer concludes: “I’ve let the Hammers control me my whole life, it’s time to stop. I refuse to be silenced.”

Since the accusations first appeared against Hammer, his sparkling Hollywood career has been left in tatters.

The actor has parted ways with various TV and film productions including Shotgun Wedding opposite Jennifer Lopez and The Billion Dollar Spy which will now star Mads Mikkelsen. He was replaced by Miles Teller in the TV series The Offer, a drama about the making of The Godfather.

He previously played the Winklevoss twins in The Social Network and starred opposite Timothee Chalamet in the Oscar winning acclaimed film Call Me By Your Name.

Hammer married presenter Elizabeth Chambers in 2010 and they have a son and a daughter together. The couple announced their divorce in 2020.

Chambers has said she is “shocked, heartbroken and devastated” by the accusations.

Nuclear strike could become more appealing for Putin as options shrink
At least 129 killed after riot breaks out at football match
‘My time is up’: Trevor Noah quits The Daily Show after seven years
Trump suing CNN as he claims defamation – and seeks $475m in damages
‘Absolutely no shame’ in performing tax cut U-turn, insists Truss