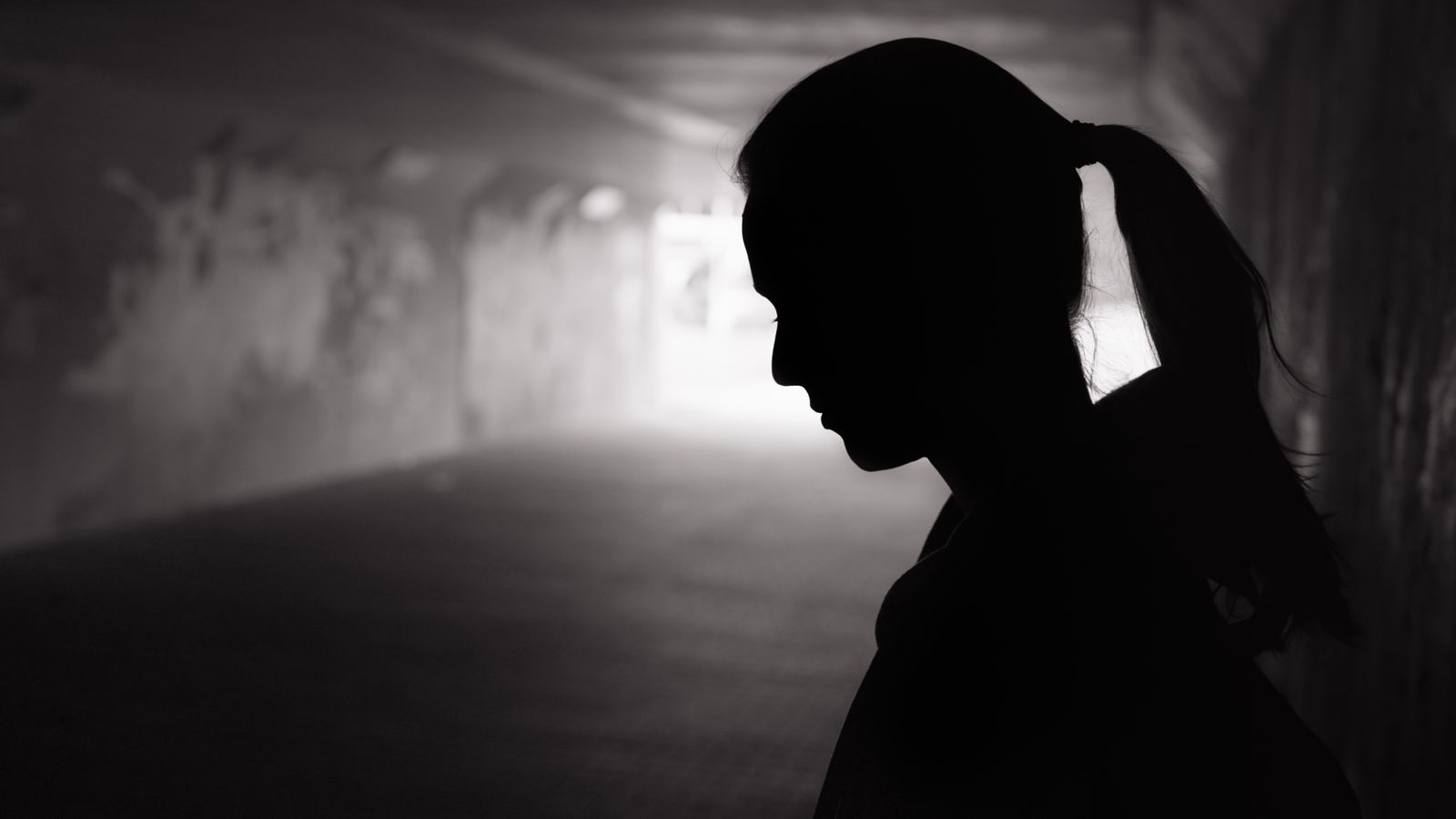 The cost of living crisis is pushing more women into sex work and leaving them unable to say no to violent and exploitative clients, outreach workers have told Sky News.

With inflation at a record high and wages failing to keep up with spiralling prices and energy bills, the number of calls to the English Collective of Prostitutes has increased by a third this summer.

Based in north London, with a national helpline and hubs throughout several major cities, the network advises women in all lines of sex work on how to keep themselves safe and stay within the law where possible.

Spokeswoman Niki Adams, who has helped thousands of women over 30 years, said: “The cost of living crisis is now pushing women into sex work in various ways – whether that’s on the street, in premises or online.

“Across the board what we’re seeing is people coming to that work from a place of desperation.

“That means they are much less able to protect themselves from violence and exploitation.

“And it also means the conditions of sex work are deteriorating to a point where they are putting women’s lives at risk.”

One woman Ms Adams works with in Preston is a single mother-of-four.

Having lost hundreds of pounds in the switchover from the government’s old benefit system to Universal Credit, she was left without a job and unable to pay her bills.

“She started doing a couple of evenings a week on the streets – just enough to pay each bill,” Ms Adams said.

“She didn’t have any capacity to work inside, even though it would have been much safer and she would have preferred to.

“Although she says the money has been a lifesaver, she’s terrified her abusive ex-partner will find out and use it against her with social services.”

Nikki McNeill is a women’s support worker for Beyond The Streets, a Southampton and London-based charity that helps people find routes out of the sex industry across the UK.

She says she and her colleagues have also seen a rise in calls and in women selling “survival sex”.

“We call it that because it’s the only choice these women can make to survive. It’s done to meet basic needs – to have enough money for food and rent,” she told Sky News.

She gave an example of another mother, who shares custody of her children with her ex-partner.

“She finally got housing, but has no fridge or the money to get one, so she’s using a bag out of the window to cool food.

“And because of a past history of domestic abuse and coercion, she’s now selling sex so she can have enough money for when she has the children.”

According to research done by the charity National Ugly Mugs, sex workers are 10 times safer working indoors than on the streets.

But while selling sex inside a premises is legal in England and Wales, working with others makes it a crime and being part of an agency also carries other risks.

According to Ms Adams, the current crisis means that, as well as those turning to sex work for the first time, people who have managed to get out of it are having to return.

“They’re being pushed back into it because they’ve either lost those so-called ‘straight’ jobs during COVID or they don’t cover what they need to survive,” she said.

She is supporting a woman in her 40s from Bristol who worked as an independent sex worker in people’s homes and hotels for almost a decade in her 20s – but eventually found a sales job.

But having lost that job in lockdown and falling through the gaps for furlough support, she has now had to sign up to an agency.

“This time she’s working for an agency and she’s been shocked by the conditions,” Ms Adams said.

“Some of the women are expected to provide sex without protection.

“Clients know they are in a position where they can’t say no, so some premises are pushing women into those circumstances.”

Another way women are carrying out sex work to pay their bills is online, through subscription services such as OnlyFans.

But while some in the industry have touted it as a safer, more empowering option to traditional work, the ECP warns it can put women at risk of stalking and blackmail.

Ms Adams said: “We’re working with a woman at the moment in her early 20s in Kent.

“She had a job in retail and had moved out of her parents’ home, but when the crisis hit she couldn’t cover her bills.

“She set up an OnlyFans and had been working for a few months, beginning to build up a profile for herself, when she got targeted by a guy who started harassing her,

“He managed to find a private Facebook page she had and became a very serious stalker.”

After tracking down her family and telling a younger sibling about the nature of her work, the woman was forced to move.

“Someone else we support had a man she knew find her online advert and threatened to go to her children’s school with it,” Ms Adams added.

“I’ve heard about a lot of women in this kind of situation, it’s a serious, growing problem.”

The urgency of spiralling heating, electric and food bills – or a lack of IT skills – mean some women do not have the time or capacity to establish themselves online.

Ms McNeill of Beyond The Streets said: “You have to come from a place of privilege to be able to have wi-fi and sell sex online.

“The women we work with sell sex in a variety of contexts. Not all of them have access to wi-fi, but those who do and are selling online still share experiences of violence.

“It can be very difficult navigating that with children – particularly at the moment with the school holidays.

“If that’s your main source of income and you can’t do it in the house, it’s going to be heavily compromised.”

Her organisation is calling on the government to bring benefits in line with inflation and reinstate the £20 Universal Credit uplift, while the ECP continues to campaign for the complete decriminalisation of the sex trade.

A government spokesperson told Sky News it “recognises people are struggling with rising prices” and offering £1,200 in direct payments to low income households, as well as £400 energy payments to vulnerable people.

They added: “We have no plans to change the law around prostitution and are committed to tackling the harm and exploitation associated with sex work.”

A spokesperson for OnlyFans said safety is a “top priority”, adding: “We can and do screen direct messages between users on the platform, so if someone does behave unlawfully, inappropriately, or in violation of our terms in direct (private) messages, we can determine who is behind the messages and take appropriate action.”