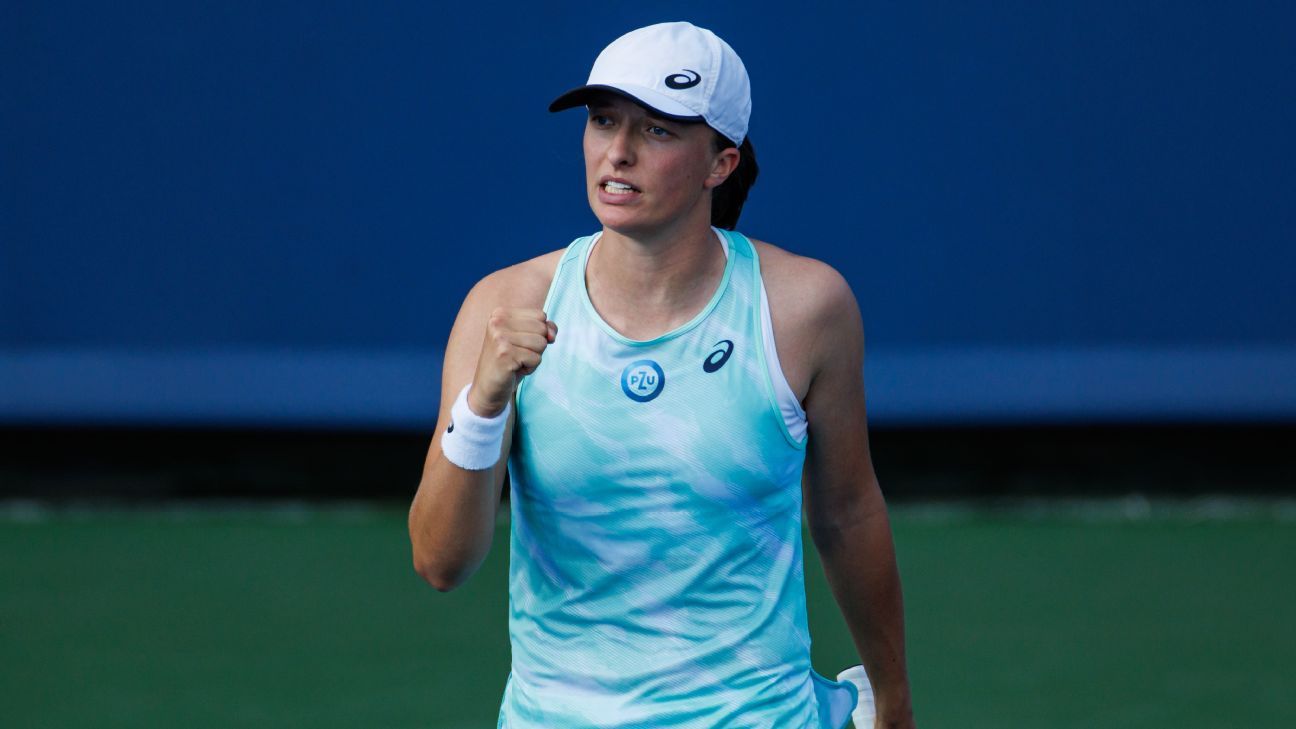 Reigning world No. 1 and two-time major champion Iga Swiatek called the balls used at the US Open “horrible” during a news conference at the Western & Southern Open this week, and questioned why women and men use different balls at the tennis major. It is the only Grand Slam tournament not to use the same balls for all players.

“I don’t know why they are different than men’s ones,” Swiatek said on Wednesday. “I don’t know, like, 15 years ago probably women had some elbow injuries because the balls were heavier and they changed them to women’s balls, but right now we are so physically well prepared that I don’t think it would happen. Plus we can’t get those balls in Europe, or actually, when we buy them at store, they are totally different than the tournament balls, so when I’m practicing with US Open balls at home [in Poland], I’m practicing with men’s ones …

“I feel, it’s really hard to control [the women’s balls], but everybody has same conditions, so we are trying to deal with that. I don’t get why they are different, honestly.”

The balls are also used during the lead-in swing, including the Western & Southern Open and last week’s Canadian Open. Swiatek, who had a 37-match win streak earlier this season, lost in the round of 16 to Madison Keys on Thursday in Cincinnati, and fell in the same round in Toronto.

Players have complained about the difference among one another, Swiatek said, and she and Paula Badosa, currently ranked No. 4, spoke to WTA CEO and chairman Steve Simon last year and asked whether they could switch to use the same ball as the men.

“I don’t think it would be a problem because it’s still the same company, it’s Wilson, but, yeah, maybe we should push a bit more,” Swiatek said. “I stopped actually pushing and trying to convince WTA, because the war in Ukraine happened and I refocused on something else. Yeah, but honestly, any tournament I play with these balls, I didn’t feel well.”

In a statement to ESPN, Amy Binder, the WTA’s senior vice president of global communications, said the organization was listening to player concerns and would explore the matter further.

“The WTA has always utilized regular felt balls for hardcourt play, and we have now begun to hear from a select number of our athletes that they would like to consider a change to using the extra duty ball,” Binder said. “The basis behind using the regular felt ball was that it limited the potential of arm, shoulder, elbow and wrist injuries. This is something that we will continue to monitor and discuss further with both our athletes and our sports science teams.”

Swiatek is not the first to publicly voice her displeasure about the ball disparity. Former world No. 1 Ashleigh Barty‘s longtime coach Craig Tyzzer told reporters after her Australian Open victory earlier this year that Barty would never win the US Open with the current balls. Barty has since retired from tennis.

“The US Open really needs to change the ball for the girls, the fact they still use a different ball for guys and girls, it’s a terrible ball for someone like Ash,” Tyzzer said in January. “It was the only tournament last year and really for two years where she uses a gut racket, but I had to change her to a poly just to get any sort of control of the ball. If they keep that ball the same, no one like Ash will win that tournament.

“So I think you see the result at the US Open, it was two players who, you go, ‘Wow, that was, two different players won that?’ There’s no surprise when the ball is like it is.”

Five of the previous seven US Open women’s champions, including reigning victor Emma Raducanu, have been first-time major winners. The 2022 US Open gets underway on Aug. 29 in New York with Swiatek as the top seed.

The moment a man shouted at Prince Andrew during procession
CNN crew goes to verify Ukraine’s claim. See what they found
NBArank is back! See which stars barely missed the top 25
Salesforce co-CEO Benioff says there’s ‘no finish line when it comes to security’ after Uber hack
Labour members sing national anthem and hold minute’s silence in patriotic opening to conference