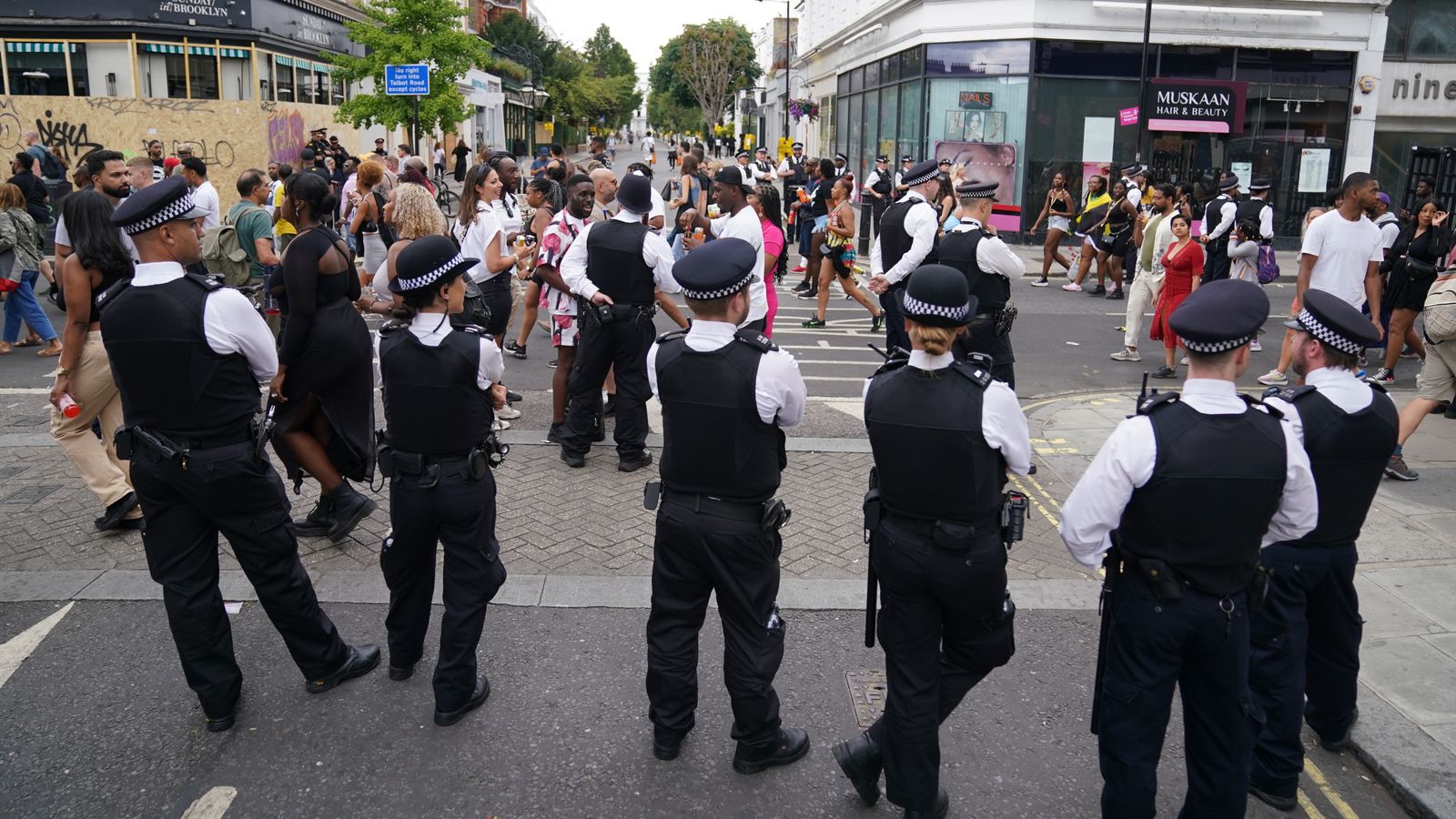 A murder investigation is under way after a man was stabbed to death at the Notting Hill Carnival.

Several other stabbings and violent incidents were also reported.

In a statement, the Metropolitan Police said that at about 8pm on Monday evening officers became aware of a stabbing in Ladbroke Grove, under the Westway flyover.

Officers provided emergency first aid to the victim – a 21-year-old man – until the arrival of London Ambulance Service paramedics.

He was taken to a west London hospital, where he was pronounced dead.

His next of kin have been informed and are being supported by specialist officers.

The killing came on the final day of the west London carnival, which had been enjoying its first year back since the pandemic.

‘Hundreds of people in the vicinity’

Police are appealing for anyone with information to come forward, saying there were “hundreds of people in the immediate vicinity” of the killing.

Dr Alison Heydari, commander of local policing, said officers had been “working tirelessly” ahead of the festival to ensure it was safe for those who attended, and said it was “largely positive and good natured”.

“Regrettably, on Monday evening we saw a number of violent incidents and a 21-year-old man has lost his life,” she continued.

“Our thoughts are with his family as they come to terms with their terrible loss.

“A murder investigation is under way, led by homicide detectives from the Met’s Specialist Crime Command.

“They will pursue every possible line of enquiry to identify those responsible and bring them to justice.

“There were hundreds of people in the immediate vicinity when this incident took place.

“I would urge anyone who saw anything, who has video footage or who has any other information that could assist officers, to come forward.”

More from Sky News:
‘Nothing has changed’ over knife crime
‘Huge backlog’ of court cases to blame for knife crime offenders avoiding jail

Close to a million people were at the event for Adults Day on Monday, with the streets once again filled with the boom of sound systems and dancers in extravagant costumes.

Police said that as of the early hours of Tuesday morning, there had been a total of 209 arrests made since the start of Carnival, including for drug possession, assault and sexual assault.

There were 72 seconds of silence on Monday afternoon to remember those killed in the fire at nearby Grenfell Tower – one of several gestures held over the weekend to mark the tragedy.

Notting Hill Carnival celebrates Caribbean culture and is Europe’s biggest street party, and second only in size to the carnival in Rio de Janeiro.

The 2020 carnival was cancelled because of COVID, although there were live-streamed events, and last year’s event was also scrapped due to coronavirus risk.