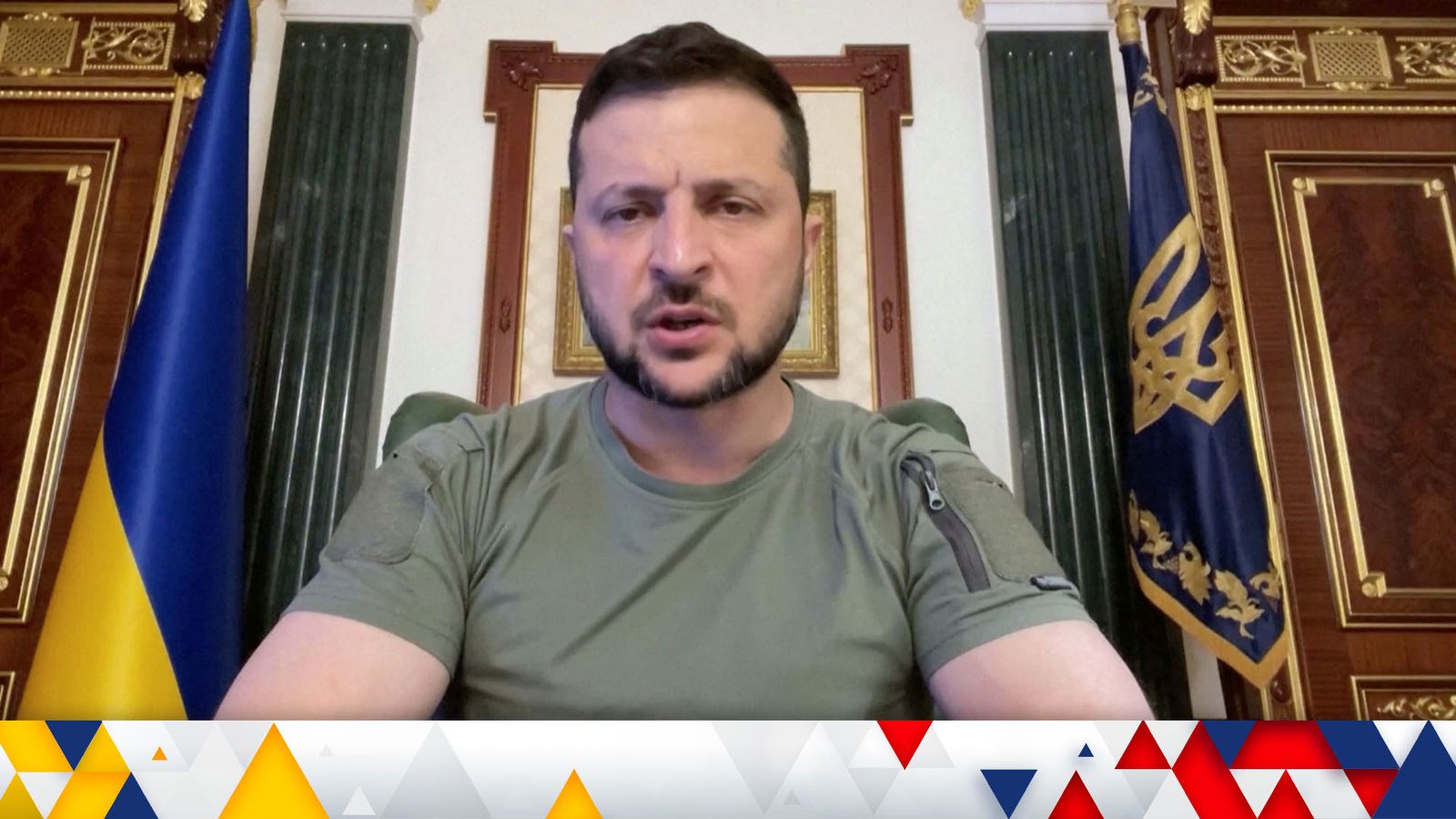 Volodymyr Zelenskyy has warned Russia that his troops will “push them to the border” after Ukraine launched a counterattack to retake territory in the south.

“We will push them to the border. To our border, the line of which has not changed. The invaders know it well,” said the Ukrainian president in his nightly address.

Ukrainian troops broke through Russian defences on the frontline in several areas near the city of Kherson, said a senior adviser to Mr Zelenskyy on Monday.

Oleksiy Arestovych said the defences were breached in just “a few hours”.

The Kherson area, north of the annexed Crimean Peninsula, has been occupied by Russia since the early days of the war.

“If they want to survive, it is time for the Russian military to flee,” said Mr Zelenskyy.

However, Russia’s defence ministry said the offensive around Kherson and in the nearby Mykolaiv region had “failed miserably” with many casualties, RIA news agency reported.

Shelling of Mykolaiv, which Ukraine has managed to cling on to during the war, killed at least two people and injured about 24 others on Monday, according to city officials and witnesses.

One woman died when her home, next to a school, was hit, and she was buried under rubble.

Further east, fears over a potential accident at the Zaporizhzhia nuclear plant persist, but an international safety team is finally on the way after days of negotiations.

The International Atomic Energy Agency said staff would assess damage to the facility – the biggest nuclear power station in Europe – as well as checking on safety and security systems, and the working conditions of the Ukrainian staff.

People living near the plant have been given iodine tablets to reduce the amount of radiation the body absorbs should there be a leak.

Both sides blame each other for dangerous attacks around the Russian-controlled station, which was briefly knocked off the grid last week.

Russia’s defence ministry claimed to have shot down a Ukrainian drone trying to attack the reactor complex on Monday, and other officials said a Ukrainian missile hit a fuel depot.

Satellite images by US firm Maxar Technologies appeared to show damage to a roof at the plant and brush fires nearby.

The White House has said Russia should agree to international calls for the surrounding area to be demilitarised.

“We continue to believe that a controlled shutdown of the Zaporizhzhia nuclear reactors would be the safest and least risky option in the near-term,” said US National Security Council spokesperson John Kirby.

The Kremlin has so far given no sign that it will agree to such demands.

CNN crew goes to verify Ukraine’s claim. See what they found
Calls for Liz Truss to honour £13 billion funding promise for social care
Ukraine War: What will Putin do next?
Liz Truss is prepared to go against voters’ views on tax – but her plans carry huge economic and political risk | Beth Rigby
Part-time workers to face benefit cuts if they don’t look for more work