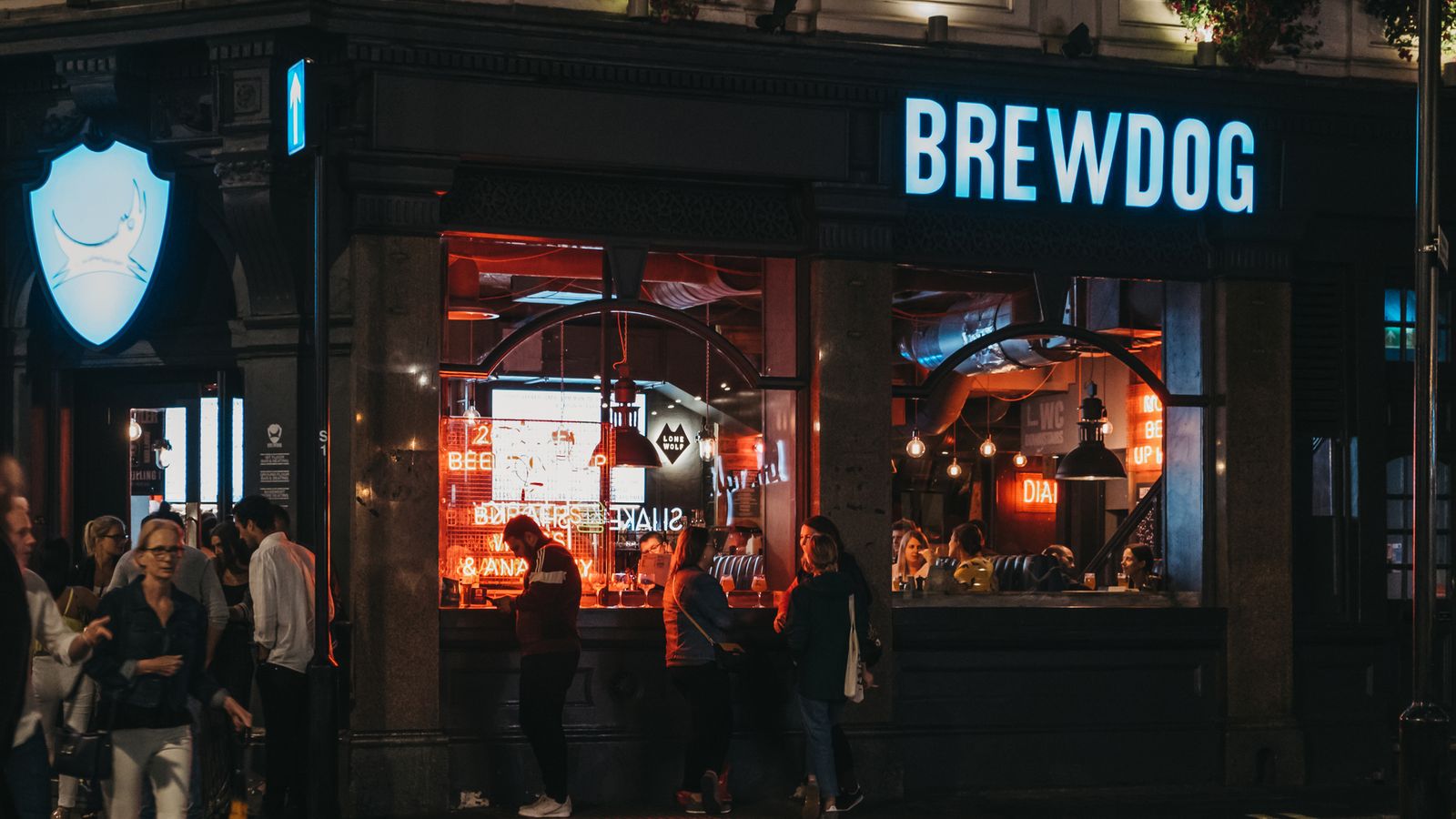 BrewDog has announced it will close six of its pubs, blaming spiralling costs and a “clueless government”.

The craft beer firm will shut the Hop and Anchor in Aberdeen, Smithfield Market Arms in London, Hop Hub in Motherwell and its BrewDog bars in Dalston, east London; Old Street, east London; and Peterhead, Scotland.

James Watt, founder and chief executive of the company, said in a LinkedIn post that the hospitality sector faces “sheer ‘rabbit in the headlights’ paralysis of this zombie government” as rocketing costs threaten the future of many pubs, restaurants and bars.

He said it was “heart-breaking” to lose the six pubs but added: “Reality in the hospitality space is starting to bite and bite hard. And the government needs to get a grip, now.

“If nothing happens, the UK looks set to lose half of its pubs and bars and all the millions of jobs these locations provide, as well as the vital role they play in local communities.”

A spokesman for the company said staff at the affected pubs had been redeployed in other venues, and no jobs would be lost.

It comes just two weeks after BrewDog opened its largest bar in London’s Waterloo station, with Mr Watt saying this location had received more than 20,000 visitors since then.

However, he said it was important not to let this success “blind us all to the reality we as a sector are facing”, adding that he had no choice but to close the six pubs.

Read more on Sky News:
‘Nobody expected to be hit with this crisis’: Hospitality businesses call for urgent VAT cut
Who is going on strike in August and September – and for how long

“I warned a few weeks ago, costs are rising to such a degree, with no prospect of any help from a clueless government, that these very difficult decisions have to be made,” he said.

“It was going to be simply impossible to get these bars even close to financial viability in the foreseeable future. We had no choice but to close them.

“I am so, so happy that due to the strength in other parts of our bar estate, every single person has been offered a role in a separate bar nearby, so there will be no job losses. But I pray this is not a sign of things to come.”

It comes a day after trade group UKHospitality called on the government for urgent support, including VAT cuts, to prevent “tens of thousands of job losses”.

The call was backed earlier in August by Manchester’s night time economy adviser Sacha Lord and chef Simon Wood, who both said government needed to cut VAT for hospitality businesses.