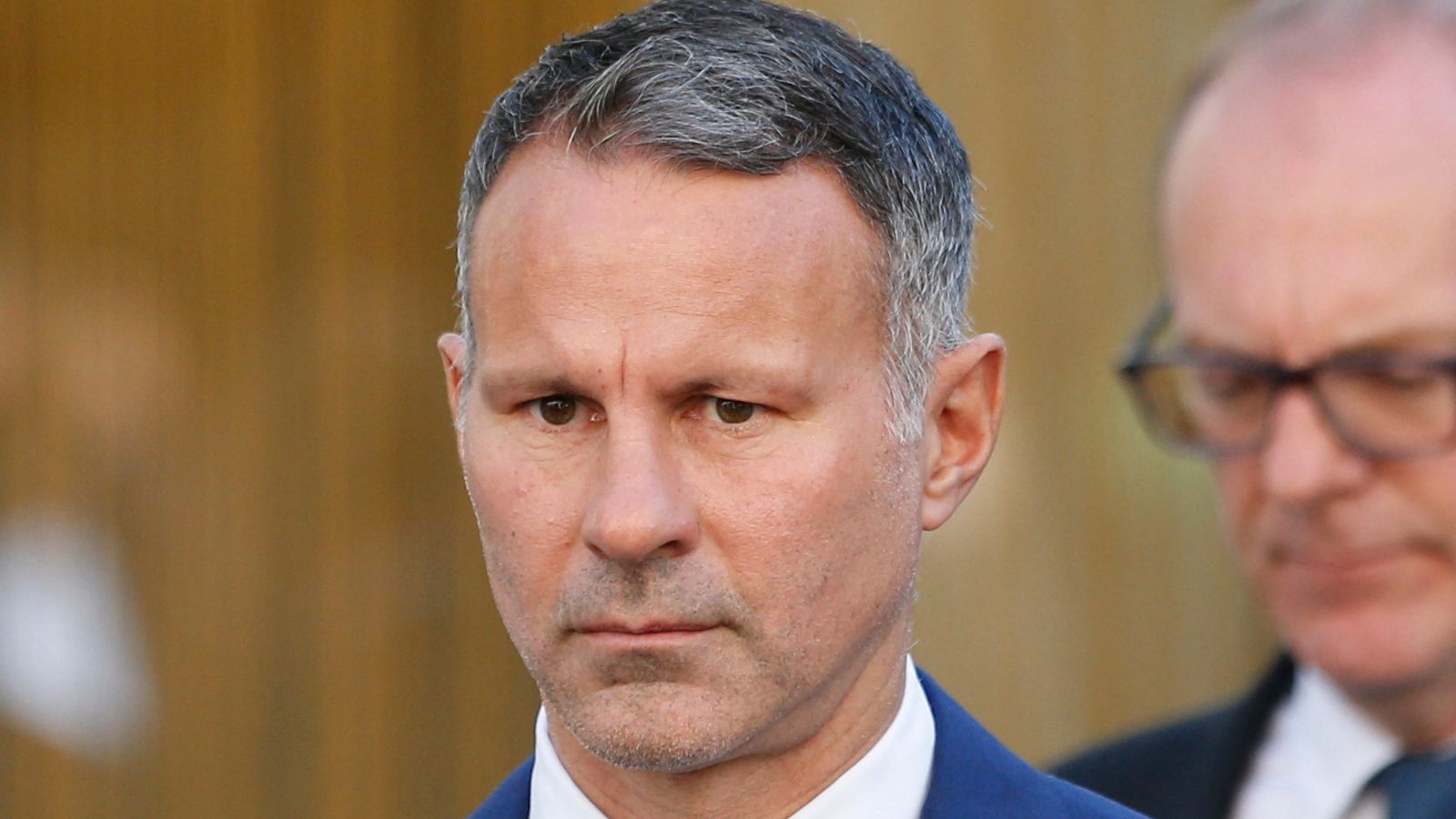 The jury in the trial of Ryan Giggs has been discharged after failing to reach verdicts on whether he attacked and controlled his ex-girlfriend and assaulted her sister.

He was also charged with the common assault of Ms Greville’s younger sister, Emma.

Giggs denies the allegations against him.

The 12-member jury was sent out to consider its verdicts on Tuesday 23 August before one juror was discharged last week due to illness.

After being told to reach unanimous verdicts, Judge Hilary Manley gave a majority direction on Tuesday and said she would accept verdicts on which at least 10 of the 11 jurors agreed.

However, today, the jury of seven women and four men said they had failed to agree verdicts on any of the charges against Giggs after deliberating for 22 hours and 59 minutes.

Asked if there was any “realistic prospect” of reaching verdicts if given more time, the jury foreman answered: “No.”

Judge Manley thanked the jurors and discharged them from their duties.

The Crown Prosecution Service (CPS) has a week to decide whether to pursue a retrial.

Giggs’ head dropped down when the judge told the court any future trial could potentially be as far away as June of next year – but stressed any date has yet to be set.

Judge Manley then turned to Giggs, who stood in the dock.

She told him he would be bailed until CPS lawyers meet and make a decision on any future trial and a trial date is made.

Giggs was excused from attending the next hearing on 7 September.

The ex-Wales manager was accused of deliberately headbutting Ms Greville at his house in Worsley, Greater Manchester, on the evening of 1 November 2020.

He was also accused of deliberately elbowing her sister Emma in the jaw during the alleged incident.

At the trial, Giggs denied ever physically assaulting a woman or using controlling or coercive behaviour.