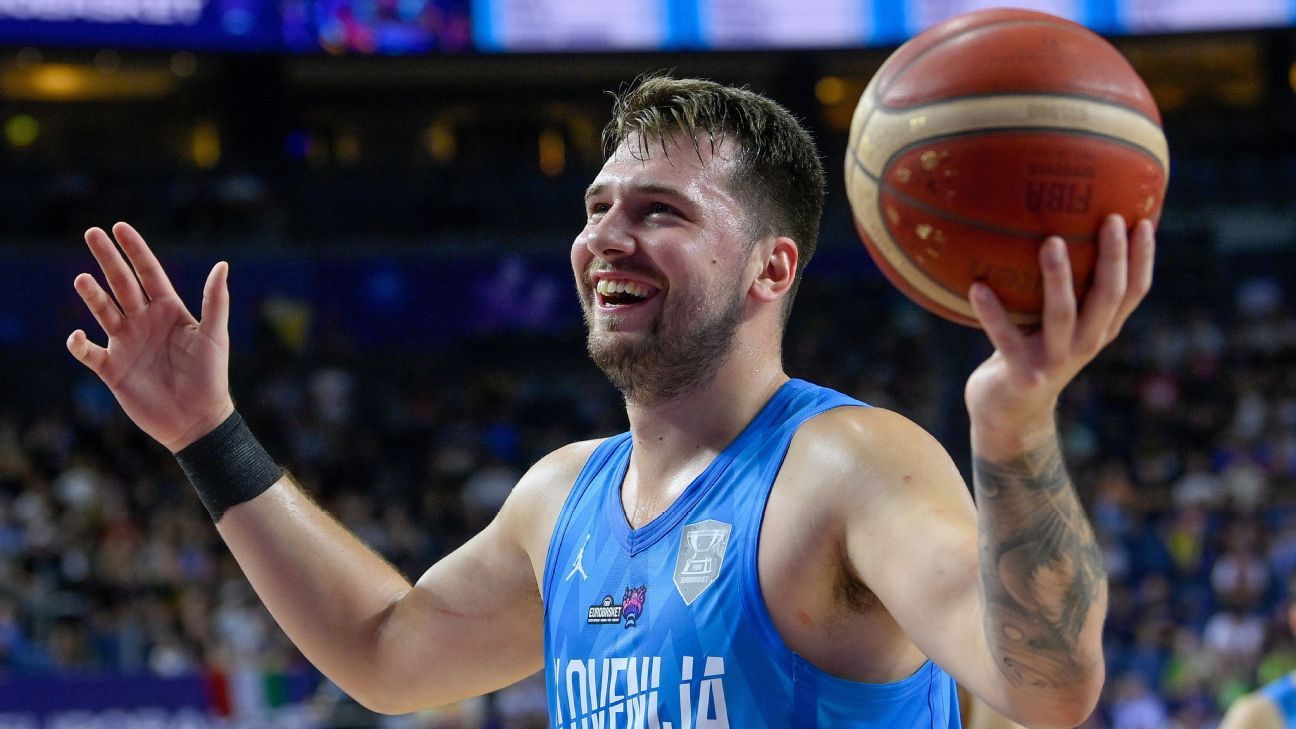 COLOGNE, Germany — Luka Doncic was asked Tuesday about whether he or Greece’s Giannis Antetokounmpo had the better chance of setting a EuroBasket scoring record.

A day later, he might have proved himself wrong.

Doncic scored 47 points — the second most by anyone in the history of the European championships — and led Slovenia past France 88-82 on Wednesday for the top seed out of Group B going into this weekend’s start of the knockout round.

Doncic had 27 of Slovenia’s first 36 points, made 15 of 23 shots from the field and had team highs of seven rebounds and five assists.

Eddy Terrace had 63 points for Belgium against Albania in 1957. That’s the only EuroBasket performance in which someone had more points than Doncic did Wednesday; the previous second-best effort was 46 by Greece’s Nikos Galis against Sweden in 1983.

The most in this year’s EuroBasket, entering Wednesday, was Antetokounmpo scoring 41 on Ukraine. With Antetokounmpo and Doncic both scoring over 40 points in a game, it marks the first time since 1987 that multiple players had 40-plus-point games in the same EuroBasket tournament.

Goran Dragic broke a tie with a layup with 1:20 left that put Slovenia (4-1) ahead for good. It was a measure of payback for Slovenia, which lost to France in the Olympic semifinals at the Tokyo Games last summer.

“Luka had a great night,” Slovenia coach Aleksander Sekulic said. “He spoils us so much. We think this is normal. This is not normal.”

Most Points In EuroBasket Game

Wednesday started the final round of group play. There are four groups with six teams in each, and the top four clubs in each group — 16 teams in all — move on to Berlin for the knockout phase, which starts Saturday.

Lithuania is going to the knockout stage of EuroBasket.

Marius Grigonis scored 16 points, Jonas Valanciunas finished with 13 points and 15 rebounds, and Lithuania topped Bosnia and Herzegovina — a winner-take-all game in terms of which club would move out of Group B and into the round of 16.

Dzanan Musa led all scorers with 22 points for Bosnia and Herzegovina (2-3), while Jusuf Nurkic added 15.

A 30-10 run spanning the second and third quarters was the key for Lithuania (2-3). The score was tied at 32 before the spurt gave Lithuania a 62-42 lead early in the third quarter.

Christian Sengfelder scored 22 points, Maodo Lo added 21 and Germany (4-1) tuned up for the trip from Cologne to Berlin with an easy victory over Hungary (0-5).

At Tbilisi, Georgia, Lorenzo Brown’s jumper with 2:11 left put Spain (4-1) ahead to stay in its group-clinching win over Turkey (3-2).

Willy Hernangomez led Spain with 15 points, and Brown finished with 11. Spain will meet Lithuania in the round of 16 this weekend.

Cedi Osman scored 20 for Turkey, while Furkan Korkmaz finished with 16 and Alperen Sengun added 14. Turkey will play in the knockout round as well.

Aleksandar Vezenkov had 26 points and 13 rebounds and Dee Bost scored 18 for Bulgaria (1-4), which was eliminated.

Montenegro (3-2) claimed the last qualifying spot out of Group A, topping Georgia (1-4) behind 22 points from Igor Drobnjak and 17 from Kendrick Perry.

First-round play ends in Groups C and D, as the 60-game group stage comes to an end.

There are no games Friday.

ESPN Stats & Information and The Associated Press contributed to this report.