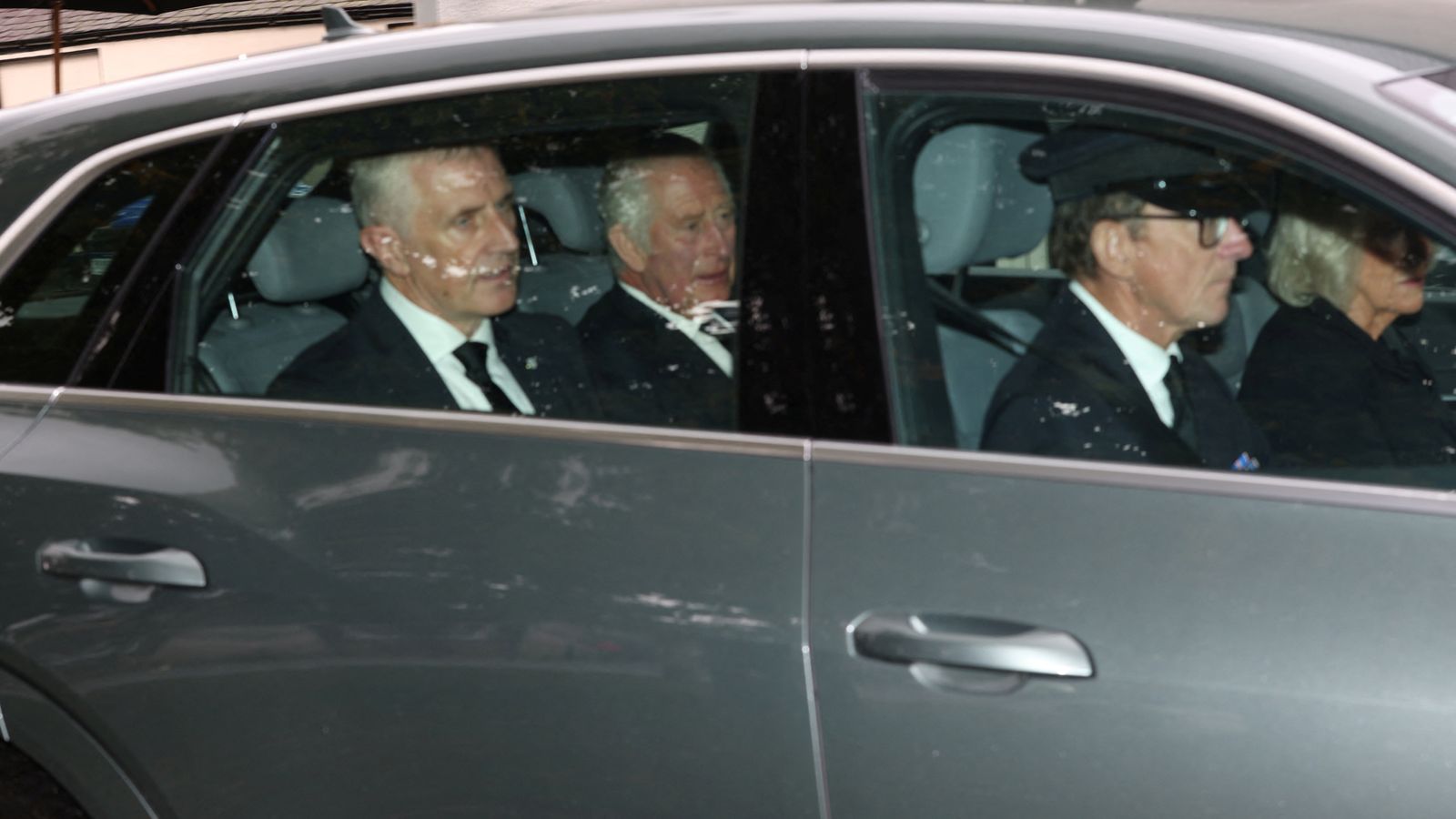 King Charles III, the Queen’s son and successor, has left Balmoral en route to Aberdeen airport where he will fly to London.

He left in a car with Camilla, the Queen Consort.

The King was sat in the back seat of the car.

He spent the night at the estate following the death of the 96-year-old monarch, who he described as a “cherished sovereign and a much-loved mother”.

The 73-year-old was by his mother’s side at her beloved Scottish Highlands home for much of Thursday after catching the royal helicopter from Dumfries House in Ayrshire with his wife Camilla – now Queen Consort.

Following news that the Queen’s health was deteriorating, other senior royals also rushed to be by her side.

King Charles III acceded to the throne immediately following the death of Elizabeth II, and described losing his mother as “a moment of the greatest sadness for me and all members of my family”.

During this period of mourning, he said he and his family would be “comforted and sustained by our knowledge of the respect and deep affection in which the Queen was so widely held”.

The King will address the nation at 6pm this evening.

The Duke of Sussex was pictured leaving Balmoral around 8.30am before he got on a British Airways plane at Aberdeen International Airport, after he travelled to Scotland alone.

Read more:
The King: Will Charles bring a different type of reign?
King Charles in pictures – life of royal as he becomes Britain’s monarch
Britain’s new King: From school bullies to Diana tragedy – the events that shaped Charles

The new monarch – born Charles Philip Arthur George – became heir to the throne at the age of three, a title he would hold for 70 years.

He has been preparing to be King for his entire life, and has chosen to use his Christian name for his title as monarch, just like his late beloved mother, Queen Elizabeth II.