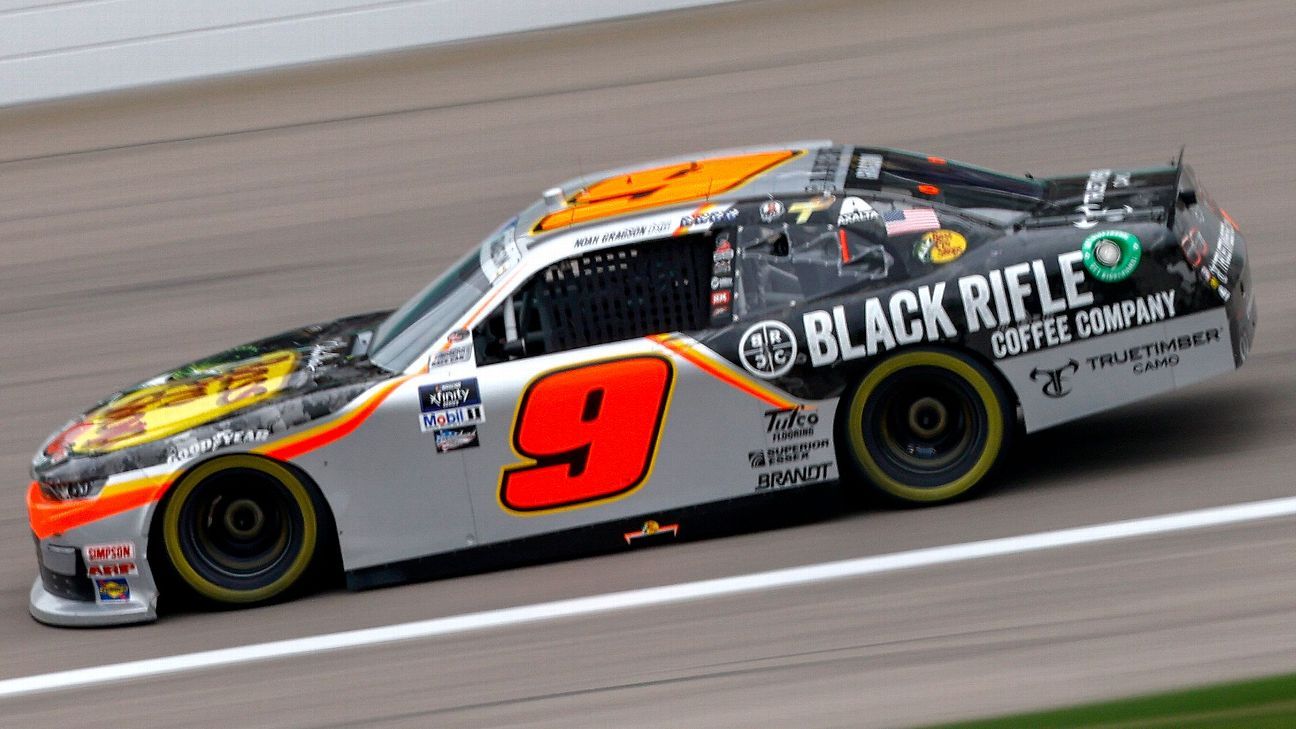 Gragson survived a two-lap shootout to win the second stage, after which the race was considered official. He used a great restart after the race’s first caution to assume the lead and held the advantage when rain caused the caution flags to come out with eight laps left in the stage.

After some back-and-forth, NASCAR called the race official. Gragson won for the 10th time in the series, fifth time this season and second straight week after a dramatic victory at Darlington. Before Saturday, Kansas Speedway was the only track where he failed to record a top-10 finish.

After running six laps under caution, NASCAR officials restarted the race with two laps left in the stage to give the drivers the opportunity not to finish the race under caution.

The rain arrived soon after the stage ended, with NASCAR red-flagging the race and bringing the cars back to pit road.

It was the elements that provided the most drama Saturday. Weather was a concern before the race got underway, as NASCAR officials bumped up the green flag time by about 20 minutes.

The first stage was run without any incident. Gibbs jumped out to the lead on the opening lap and led the entire first stage.