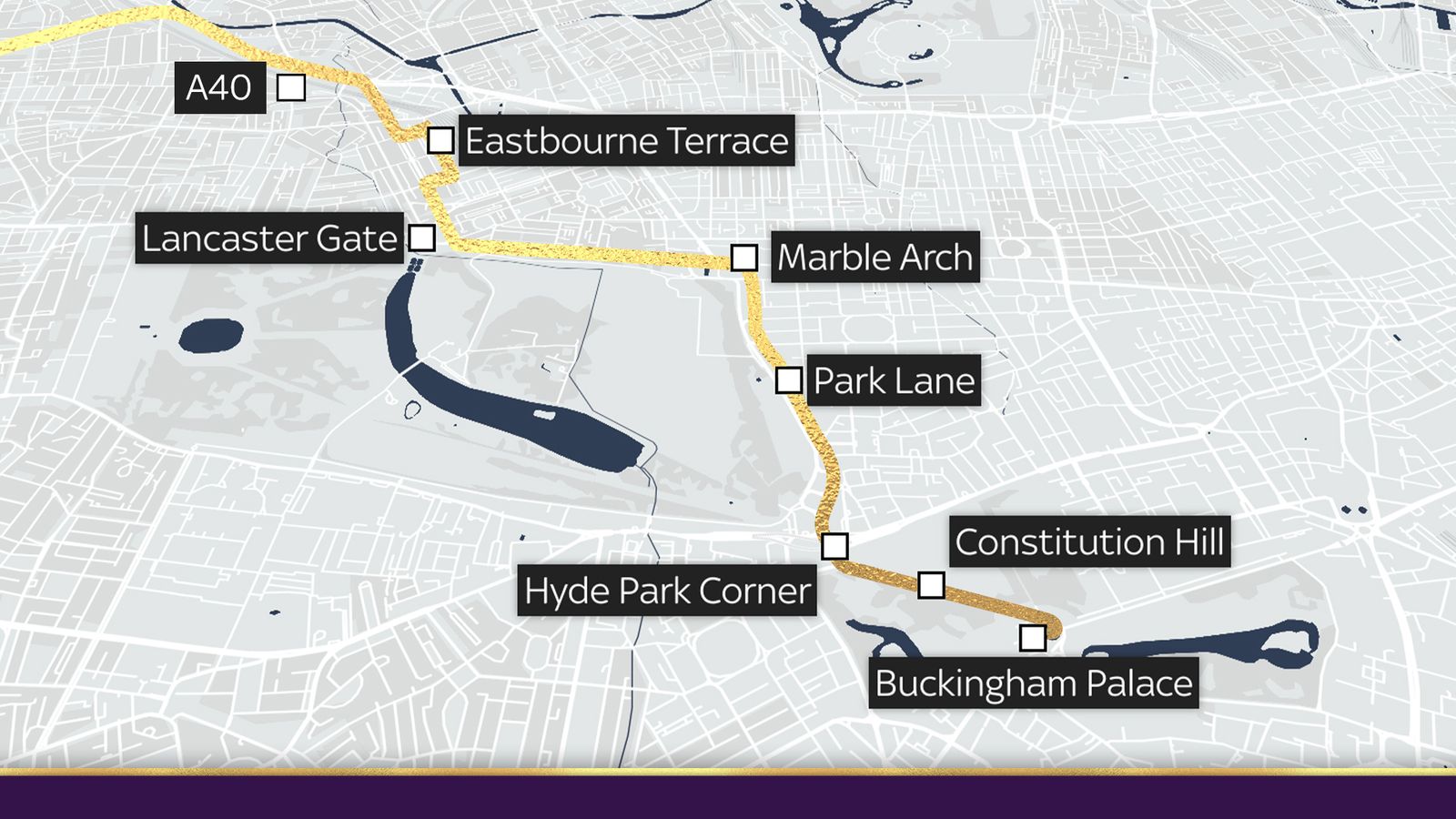 After lying at rest overnight, the Queen will leave Scotland for the final time on Tuesday as her coffin makes its way to London.

Mourners will continue to file past the coffin at St Giles’ Cathedral in Edinburgh until around 3pm in the afternoon, after it was taken there in a procession yesterday.

Her journey southwards will then begin as the cortege makes its way to Edinburgh Airport, along the streets of the Scottish capital.

The route will start along Lawnmarket to Johnston Terrace and then on to Castle Terrace and Lothian Road.

From there it will travel along Queensferry Street, Dean Bridge, Queensferry Road, Maybury Road and then Turnhouse Road, before arriving at Edinburgh Airport.

A number of these roads will be closed to the public to allow for the cortege to pass through.

Read more:
Guidance for Queen’s lying in state
All Queen’s children together for first time behind coffin
Former soldier is first in line to view Queen’s coffin

Cammy Day, the leader of Edinburgh’s council, said the city will “look back with immense pride at the role we’ve played in hosting these momentous events as the world looked on”.

He added: “As we say farewell to Her Majesty, and welcome our new sovereign King Charles III, I want to pay tribute to the incredible support shown by the public and our communities over the past few days, truly capturing the spirit of the Queen and her connection to Scotland and Edinburgh.”

The journey to London

The coffin will be placed on an aircraft amid a guard of honour from the Royal Regiment of Scotland, as well as a royal salute from the regiment’s band and a verse of the national anthem.

A flight to RAF Northolt in northwest London will then follow.

Upon arrival, the coffin will be removed from the plane by a bearer party into the state hearse, with a guard of honour formed by the Queen’s Colour Squadron.

Those looking for a glimpse of the monarch on her final journey will be able to see the convoy head eastwards from Northolt along the A40 until Paddington.

From there, the hearse will head to Bayswater Road, past Marble Arch, and down Park Lane.

The cortege will then make its way down Constitution Hill and through the Centre Gate of Buckingham Palace.

The coffin will rest in the Bow Room overnight, and on Wednesday will be moved to Westminster Hall to lie in state, where hundreds of thousands of mourners are expected to file past until Monday morning – the day of the Queen’s funeral.