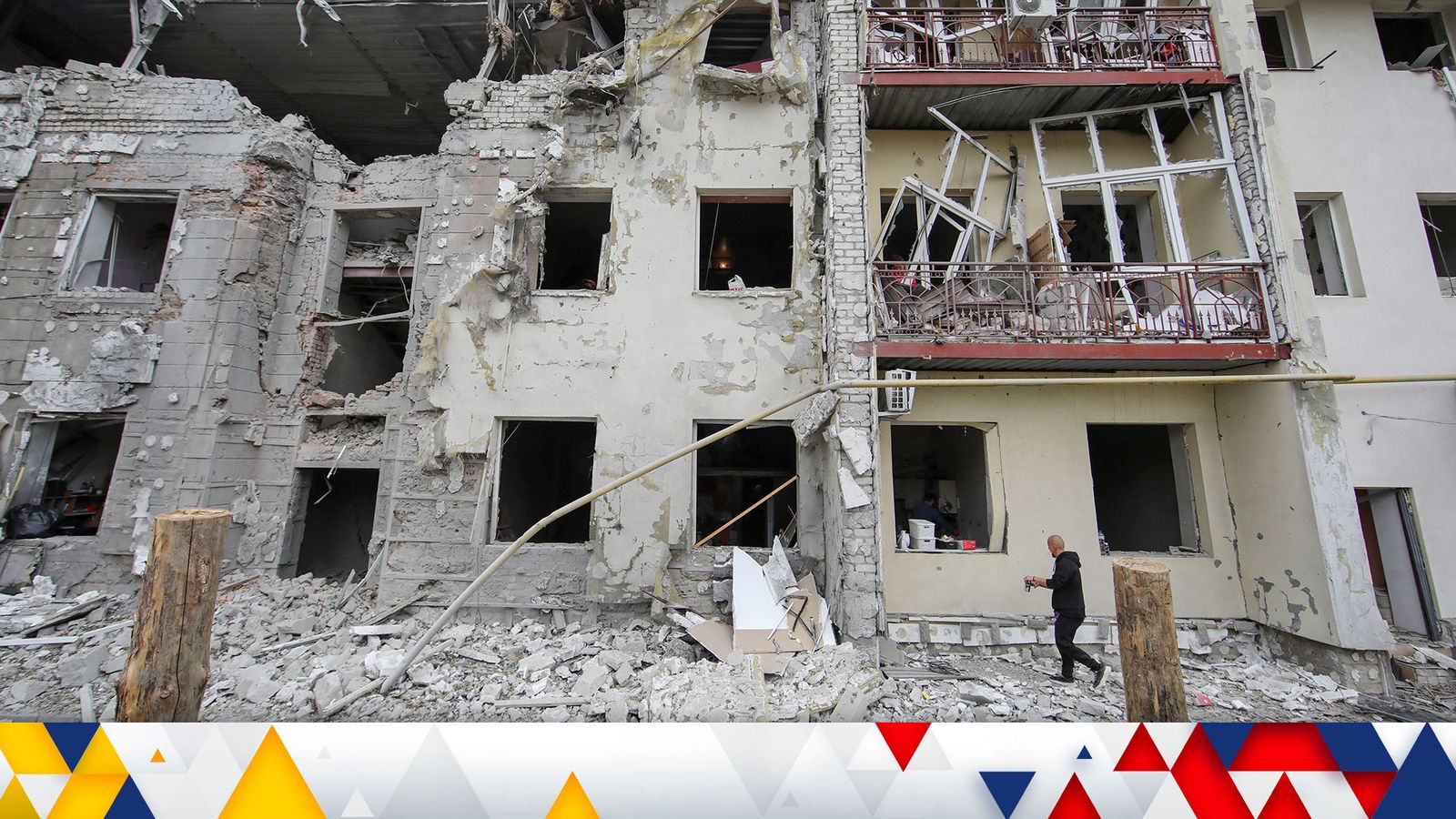 Ukraine’s military has a chance of removing Russian troops from all the territory they have claimed since February, a senior military analyst has told Sky News.

Professor Michael Clarke said such a development would be a “huge victory” – adding that while recent gains in Kharkiv are important, retaking Kherson in the south would be “very significant”.

Kherson sits just north of the Crimea peninsula and is the only major Ukrainian City that Moscow has captured.

Were Ukraine to take it back, the whole of Crimea – which Russia annexed in 2014 – would be within range of Kyiv’s artillery and missiles, Prof Clarke said.

That could make Crimea “impossible for the Russians to operate from militarily”, he added.

Signs are emerging that the Russian defence in Kherson is beginning to crumble and troops may be running out of ammunition.

“The Ukrainians have got momentum on their side and in battle, momentum matters hugely.

“There are reports – unconfirmed, but a lot of them – that local ceasefires, or local surrenders are being arranged, particularly in the north of the Kherson sector,” Prof Clarke said.

“The Russians seem to be out of food and everything. Once they run out of ammunition, they’ve got no choice but to surrender or run.

Read more:
What does Putin do now? 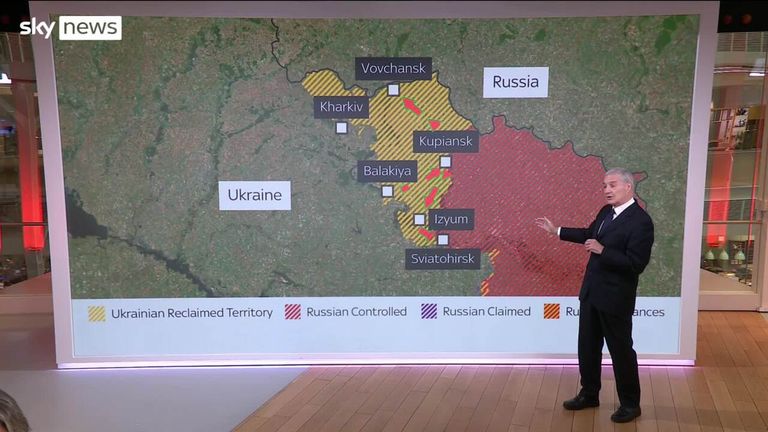 How is Ukraine pushing back Russia?

He added: “The Russians are clearly under pressure and they may or may not crack, in the same way that they’ve cracked in the Donbas.

“But the troops that the Russians have got in Kherson are better quality troops in general. So if they do crack, in that area, that would be very significant.”

At some stage, the “Ukrainian offensive will run out of steam, but not for a while yet”, Prof Clarke said.

And as the Russians reset it will become more difficult. “The Russians are capable of digging in across a front line of 2,400km,” he added.

Prof Clarke explained that Kherson “controls access to Crimea” and “controls some of the hydro electric power that goes into Crimea”.

He went on: “If the Ukrainians are able to grab the whole of the coast of Kherson region back, then the whole of Crimea is within range of their artillery and missiles.

“They could make Crimea impossible for the Russians to operate from militarily if they chose to.”

Prof Clarke is predicting, next year, an “unstable ceasefire which may now be on more favourable terms than the Ukrainians could have guessed even a week ago”.

He commented: “I think the Ukrainians may have a chance, the other side of winter, to throw the Russians out of all the territories they’ve taken since February this year.

“And that would be a huge victory.”