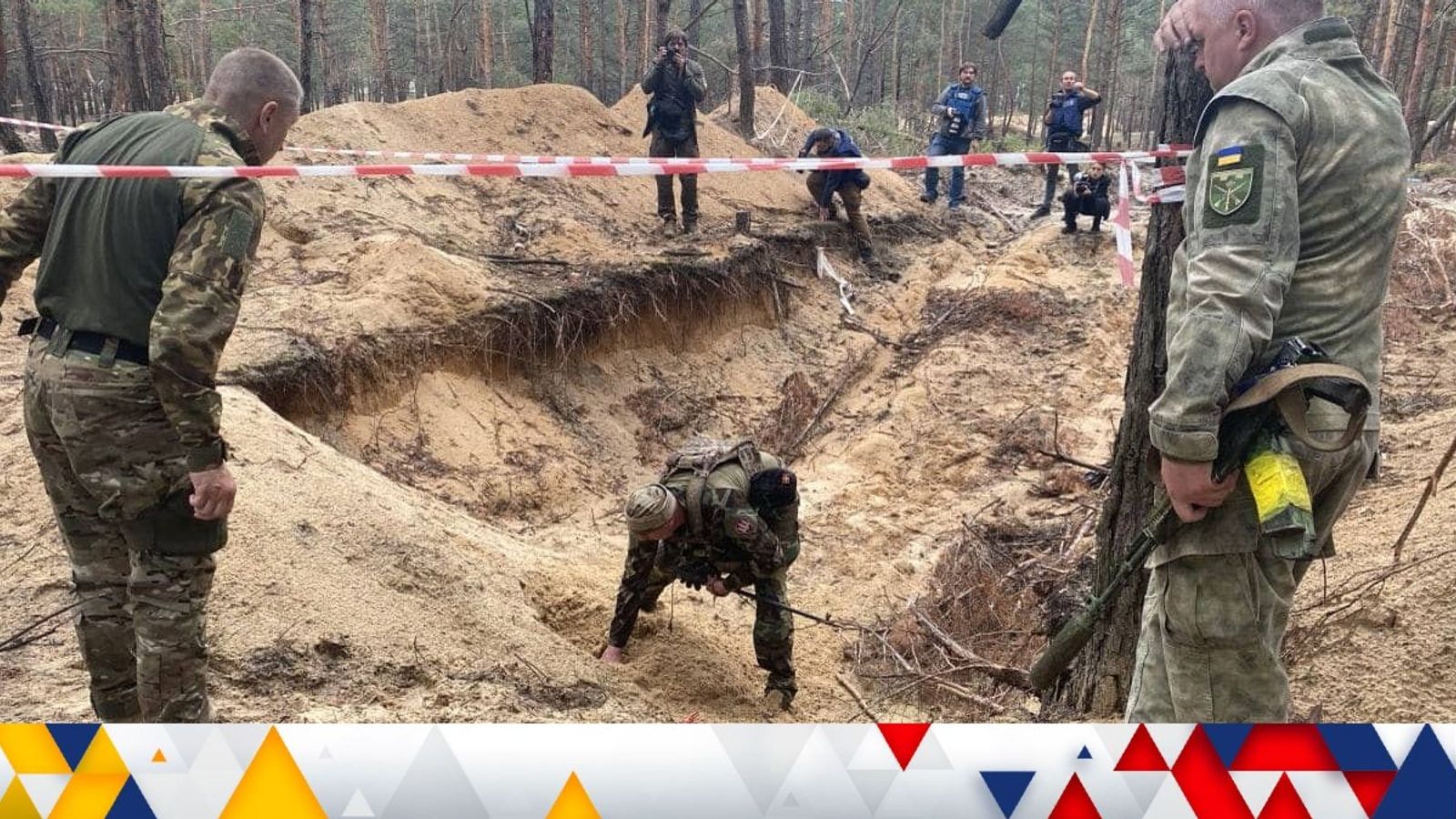 A mass burial site containing around 440 graves has been found in the Ukrainian city of Izyum after it was liberated from Russian control, a top police officer has told Sky News.

Serhii Bolvinov, the chief police investigator for Kharkiv region, said all the bodies would be exhumed and taken away for forensic examination as part of a major police effort, along with prosecutors and other investigators, to gather evidence of suspected Russian war crimes.

He said the bodies had been individually buried at the makeshift site.

Police officers were also aware of a number of other burial sites since they started to investigate what crimes had been committed in swathes of the Kharkiv region that had spent months under Russian control but are now back in Ukrainian hands, Mr Bolvinov said.

Speaking about the Izyum site, the chief investigator said: “I can say that there is one of the biggest burials in one liberated city, which contains more than 440 graves. Some 440 bodies were buried in one place.”

Asked if he could say how the victims had died, he responded: “We know that some were killed [shot dead], some died because of artillery fire, so-called mine explosion traumas. Some died because of airstrikes. Also we have information that a lot of bodies have not been not identified yet. So the reasons of death will be established during the investigations.”

Mr Bolvinov described how the discovery of the site had impacted him.

He said: “For me, it was especially shocking and horrific and this is a crime against humanity. It shouldn’t be like this in a civilised world in 2022.

“This is such a horrendous story and unpleasant from any angle. I am confident that the evil will definitely be punished.”