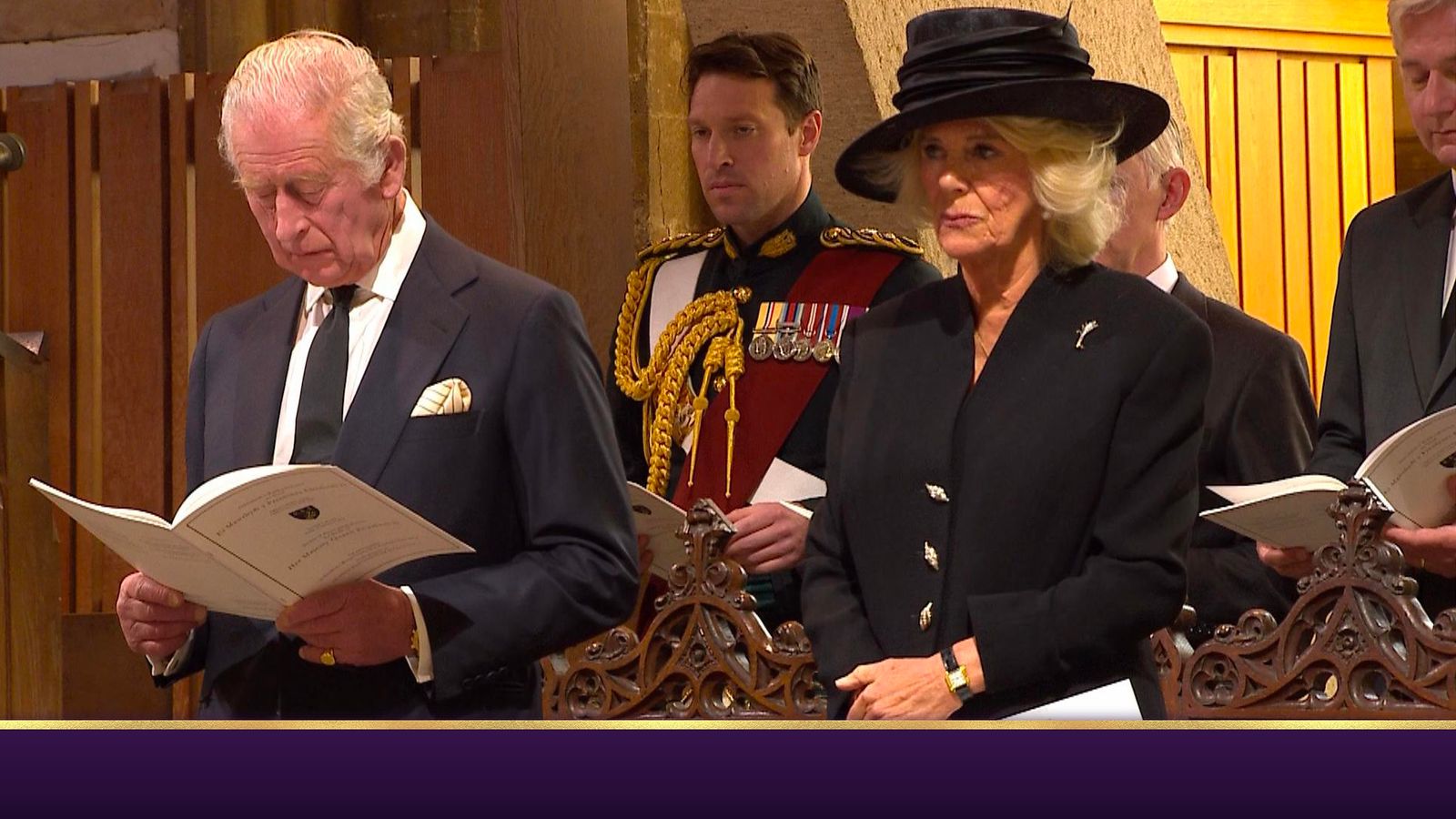 King Charles and the Queen Consort have arrived in Wales for their first visit since the death of the Queen.

The couple attended a remembrance service for the Queen at Llandaff Cathedral in Cardiff before the King is due to First Minister of Wales Mark Drakeford.

As they arrived in the country by helicopter, the King waved to cheering crowds as a royal gun salute was fired.

The couple was driven to the cathedral where Prime Minister Liz Truss was among those present at the service.

The Archbishop of Wales, Bishop of Bangor Andy John, made the King chuckle after he said to the service: “We will never look at a jar of marmalade again in the same way”, referring to the Queen’s performance with Paddington Bear at her Platinum Jubilee.

The King and Queen Consort then shook hands with members of the public in Cardiff, who greeted him with cheers and flowers.

He then received condolences from the Welsh parliament. Speaking in the Senedd, Mr Drakeford described the Queen’s reign as “unrivalled in its length and reach”. The King, who was Prince of Wales for 64 years, then spoke in Welsh and said he was “deeply grateful” for their well-wishes, adding that Wales “could not have been closer to my mother’s heart”.

King Charles will meet Mr Drakeford at Cardiff Castle, where the first 2,000 people in the queue will be allowed entry.

While thousands of people are expected to join the crowds at the castle, a protest against the monarchy is expected outside.

The trip marks the next leg of the monarch’s home nations tour after visiting Northern Ireland and Scotland, following the Queen’s death.

After his visit to Wales, King Charles will return to London for a vigil beside the Queen’s coffin in Westminster Hall alongside Princess Anne, Prince Edward and Prince Andrew at around 7.30pm.

Meanwhile, thousands of people will continue to queue to see the Queen lying in state at Westminster Hall.

The queue to see the coffin was shut for six hours on Friday morning after reaching capacity – stretching 4.9 miles with a wait time of 14 hours, the Department for Digital, Media, Culture and Sport said.