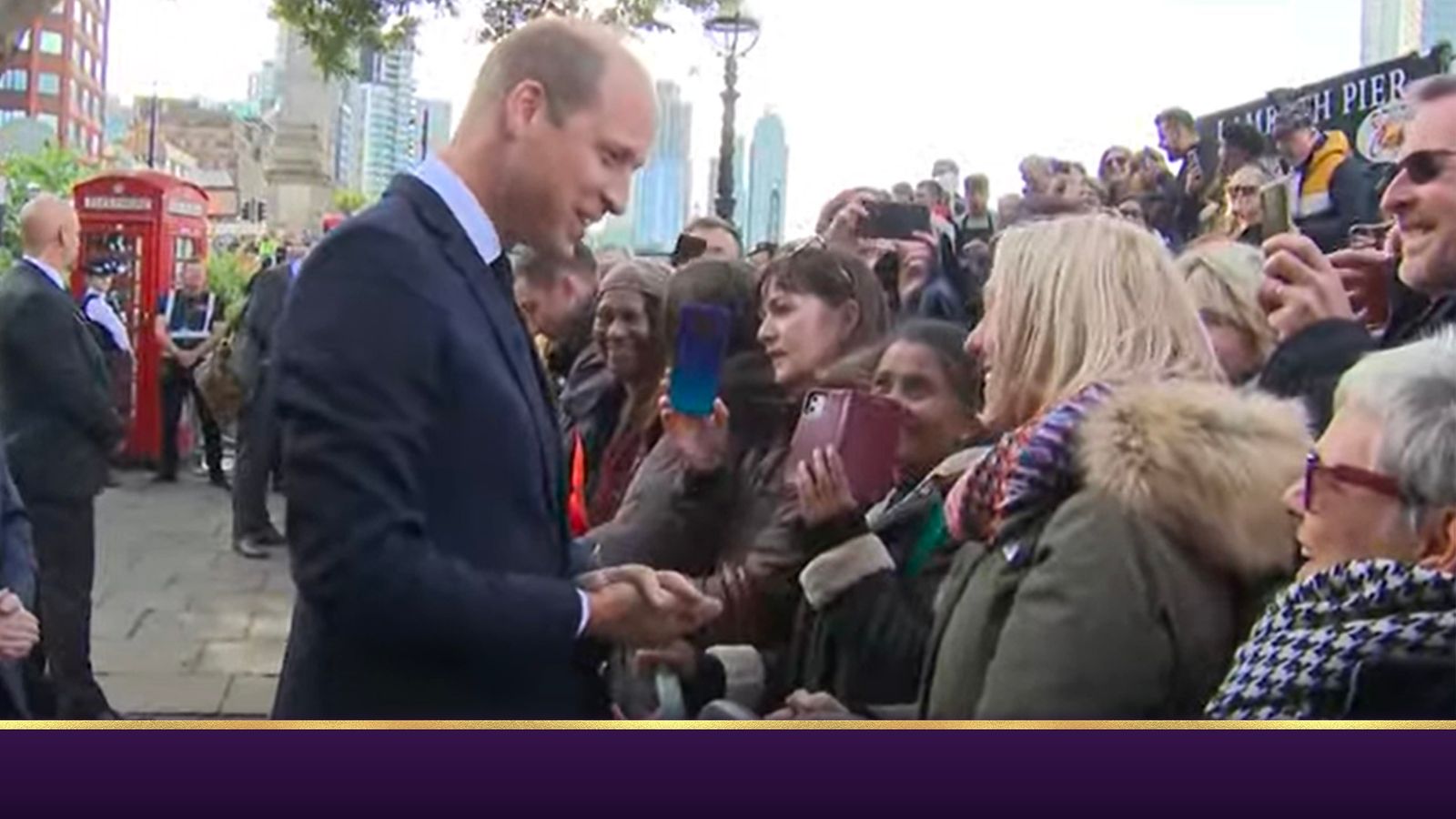 King Charles III and the Prince of Wales have been chatting to people queuing to see the Queen’s coffin as they wait to pay their final respects as she lies in state.

The king and his eldest son took the impromptu walkabout, shaking hands and sharing words of condolence, as they took a brief pause from their schedules in the run up to the Queen’s funeral on Monday.

Hundreds of people in line at Lambeth cheered and applauded as Charles and William emerged.

Many took photographs and pressed against the metal barriers, eager to exchange a word with the King and the heir to the throne as they shook hands with those closest.

One woman clutching a large Paddington soft toy greeted the King, meanwhile some of his security staff asked well-wishers to “put the phones down please guys… enjoy the reality of it”, as the new monarch approached a sea of phones held up to film the moment.

Meanwhile, the Prince of Wales enquired whether some of those queuing were warm enough, telling them he hoped the queue would go fast for them and joking with one well-wisher, “you have very warm hands”.

Another announced they had travelled from the Czech Republic, to which the Prince of Wales said: “Unbelievable. She (the Queen) would never believe this, honestly. It’s amazing.”

William stayed on longer than his father, teasing the crowd: “My father’s way quicker than me.”

At what is clearly a very emotional time for the king, he has also been busy traveling the United Kingdom, visiting all four corners of the union – England, Scotland, Wales and Northern Ireland.

The day after his mother’s death on Thursday 8 September, he met new Prime Minister Liz Truss, before addressing the nation in a televised speech.

He went on to attend the Accession Council, held a reception for the Realm High Commissioners and travelled to Scotland where he met First Minister Nicola Sturgeon at the Palace of Holyroodhouse.

Later he travelled to Hillsborough Castle – the monarch’s official Northern Irish residence – and attended a service in memory of the Queen at St Anne’s Cathedral.

He went on to lead the procession of the Queen’s coffin from Buckingham Palace to Westminster Hall on Wednesday, along with his siblings Princess Anne, Prince Edward and Prince Andrew.

On Thursday, the king took a day off from public duties but was said to be busy behind closed doors taking calls from numerous world leaders, offering their sympathies.

On Friday, King Charles visited Wales, the last stage of a tour of the United Kingdom to acknowledge his status as the new monarch and head of state and to greet the public.

Wales has a particular significance for the new king, who for five decades preceding last week’s accession had the title Prince of Wales.

The king returned to London that evening, to stand vigil by his mother’s coffin in Westminster Hall along with his three siblings, all wearing military uniforms. 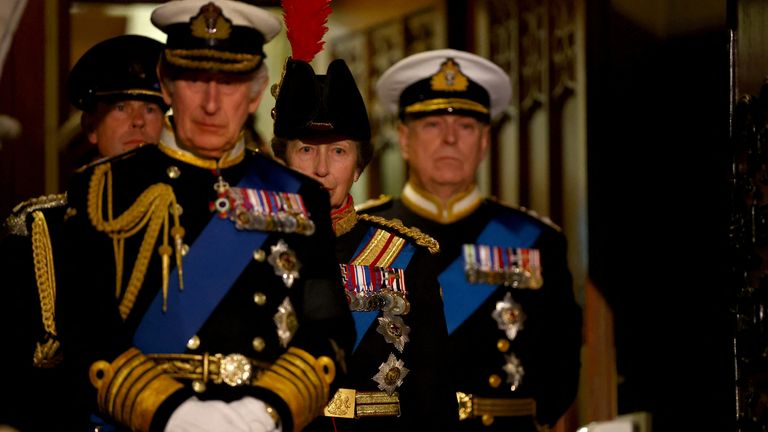 The four senior royals mounted guard at the four corners of the catafalque, taking turns to watch over the monarch’s coffin.

The Queen’s eight grandchildren will stand vigil on Saturday evening.

In a break from royal protocol, both Harry and his uncle Prince Andrew have been allowed to wear military uniform when they take their turns, royal officials said.