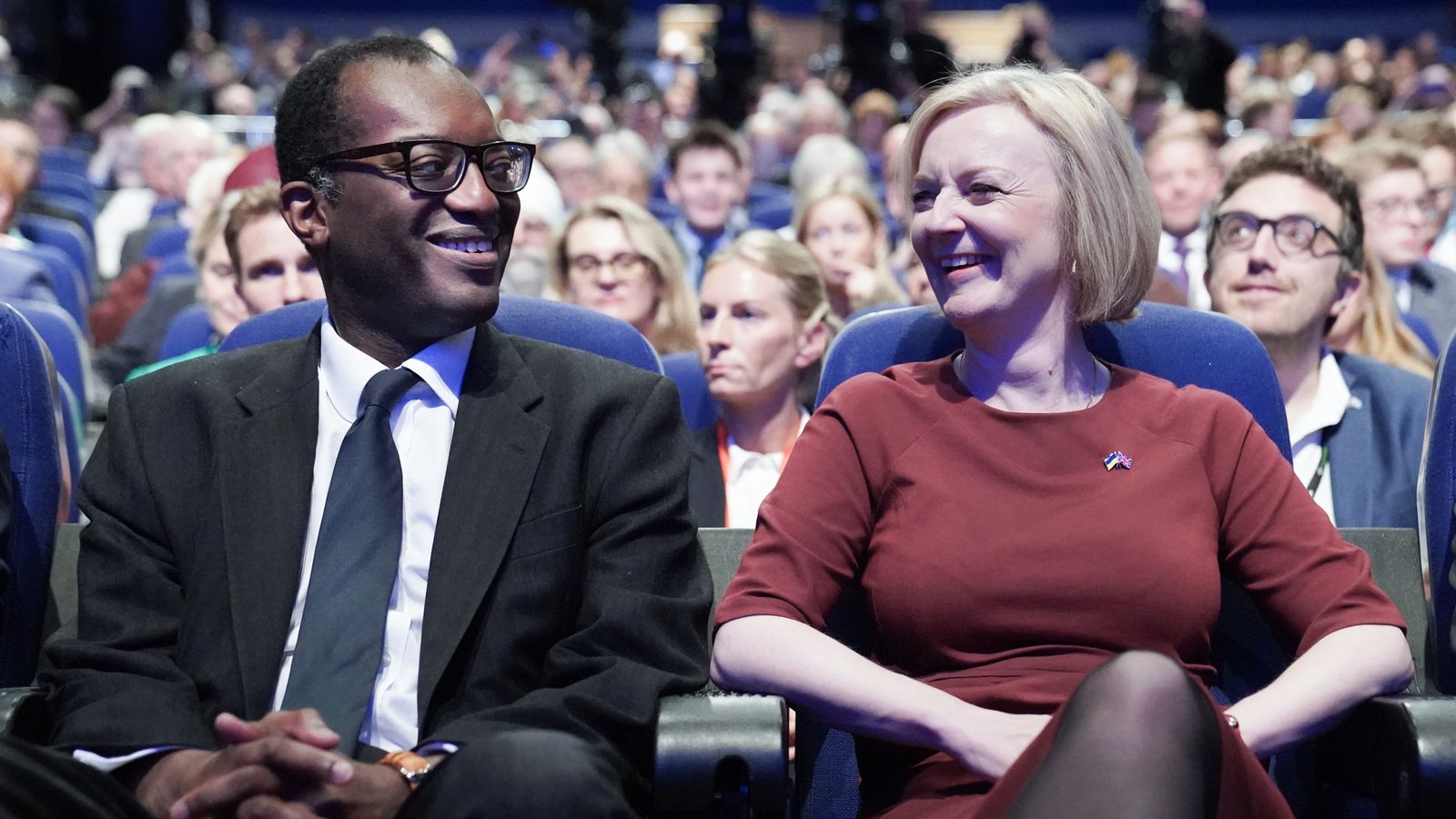 Liz Truss is to delay the vote on cutting the 45p rate of tax for higher earners, a cabinet minister has told Sky News.

The policy was announced in last Friday’s mini-budget, but would have to go to a vote of MPs before it could be approved.

On Sunday, the party said any Tory MP who voted against the mini-budget would have the whip removed, which would mean they are suspended from the Conservative Party.

The vote is likely to take place in the spring, ahead of the budget.

‘Party of the rich’ warning from senior Tory; chancellor and PM ‘in lockstep’ on scrapping top rate of tax – latest from party conference

Several Tory MPs have voiced their disapproval of the controversial plan to remove the 45p rate of income tax from higher earners – which would benefit the wealthiest 1%.

Tory grandee Michael Gove earlier said he did not approve of the policy, and tax cuts should firstly benefit those who need it the most.

And former cabinet minister Grant Shapps branded the move as “politically tin-eared”, accusing the PM and chancellor of putting “all their chips on red” in the hope that cutting taxes will deliver growth.

The 45p income tax cut policy was one of a series that prompted turmoil in the markets over the past week, with the pound reaching record lows against the dollar.

Sky News political editor Beth Rigby said: “Liz Truss is avoiding a showdown with backbenchers in the coming weeks and is effectively buying herself some time.”


Chancellor expected to double down on mini-budget

However, sources close to the chancellor said: “There will be a vote on the finance bill next year, as planned, and no delays are expected.”

It comes just hours before Chancellor Kwasi Kwarteng is expected to tell members to withstand the turbulence, so the government can show their economic plan is “sound, credible and will increase growth”.

He is also expected to double down on the mini-budget, saying it is the way forward to boost growth.

Mr Kwarteng is due to tell the Conservative Party conference in Birmingham on Monday: “We must face up to the facts that for too long our economy has not grown enough.

“The path ahead of us was one of slow, managed decline and I refuse to accept that it is somehow Britain’s destiny to fall into middle-income status.

“Or that the tax burden reaching a 70-year-high is somehow inevitable. It isn’t, and shouldn’t be.

“We needed a new approach, focused on raising economic growth. We must stay the course. I am confident our plan is the right one.” 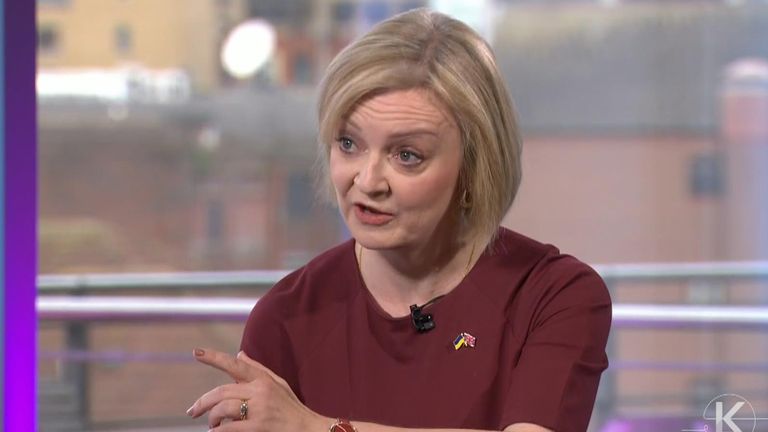 ‘I stand by economic package’


‘That is my promise to the people of this country’

During the speech, the chancellor is expected to promise that there will be more businesses, jobs, higher pay and more money for public services, saying the country “cannot have a strong NHS without a strong economy”, nor good schools or quality infrastructure.

On top of that, he is due to reiterate the government’s promise of aiming for 2.5% annual trend growth.

“We did it before. We can do it again,” he will say. “And even in the face of extreme volatility in global markets.

“With major currencies wrestling an incredibly strong US dollar and longer-term trends from demographic change to climate change, we will show that our plan is sound, credible and will increase growth.

“That is my promise to the people of this country.”