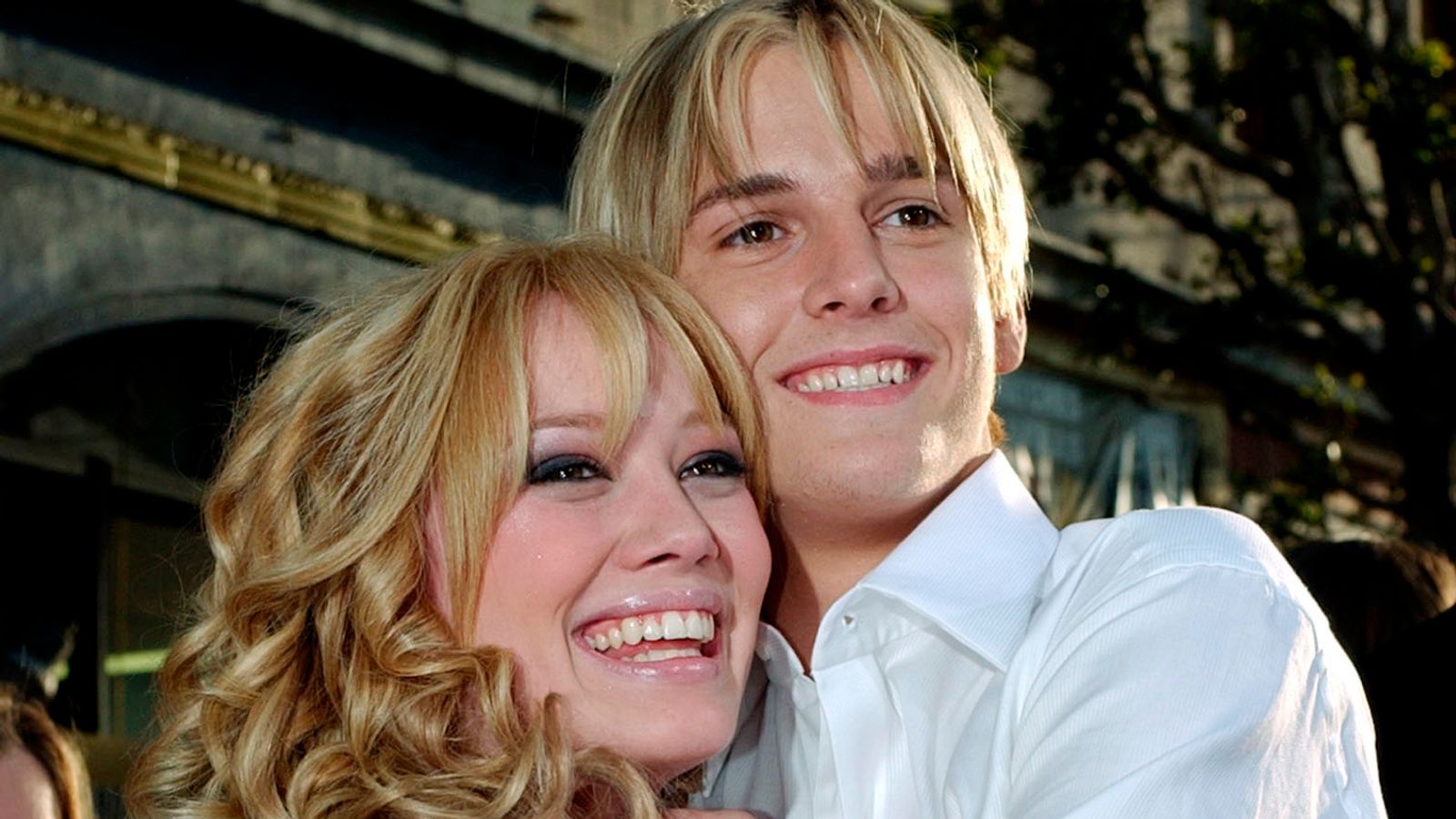 Music stars have paid tribute to singer Aaron Carter following his death at the age of 34.

The former child star, and brother of Backstreet Boys member Nick Carter, was reportedly found dead in a bath at his home in California on Saturday.

His cause of death is being investigated, his representative told Sky News.

Tributes from the world of music have poured in for Carter, whose son Prince was born in 2021.

Actress and singer Hilary Duff, who starred with Carter in the Disney Channel series Lizzie McGuire, posted a tribute on Instagram, writing: “For Aaron – I’m deeply sorry that life was so hard for you and that you had to struggle in-front of the whole world.

“You had a charm that was absolutely effervescent… boy did my teenage self love you deeply.

“Sending love to your family at this time. Rest easy.”

US boyband New Kids On The Block shared a black and white photo of Carter and wrote on Twitter: “We are shocked and saddened about the sudden passing of Aaron Carter.

“Sending prayers to the Carter family. Rest in peace, Aaron.”

Songwriter Diane Warren tweeted: “Fame at a young age is often more a curse than a blessing and surviving it is not easy. RIP Aaron Carter.”

Comedian Loni Love recalled meeting Carter in 2018 and described him as “funny, talented and cool”.

She added: “I felt that he was trying….he really was just trying to be happy. I’m sorry to hear of his passing.. Condolences to his family and fans”.

Disney Channel star Christy Carlson Romano added: “Incredibly sad about the passing of Aaron Carter. My thoughts and prayers go out to his friends and family.”

Carter, who had two UK top 10 hits with Crush On You and Crazy Little Party Girl, made the move to rap music in his later years, throwing off his child star image with a number of face tattoos.

His relationship with his siblings was strained over the years and in 2019 his brother Nick filed a restraining order against him, alleging he threatened to kill his pregnant wife and unborn child.

Carter also had a history of drug convictions and reportedly went to rehab on a number of occasions.