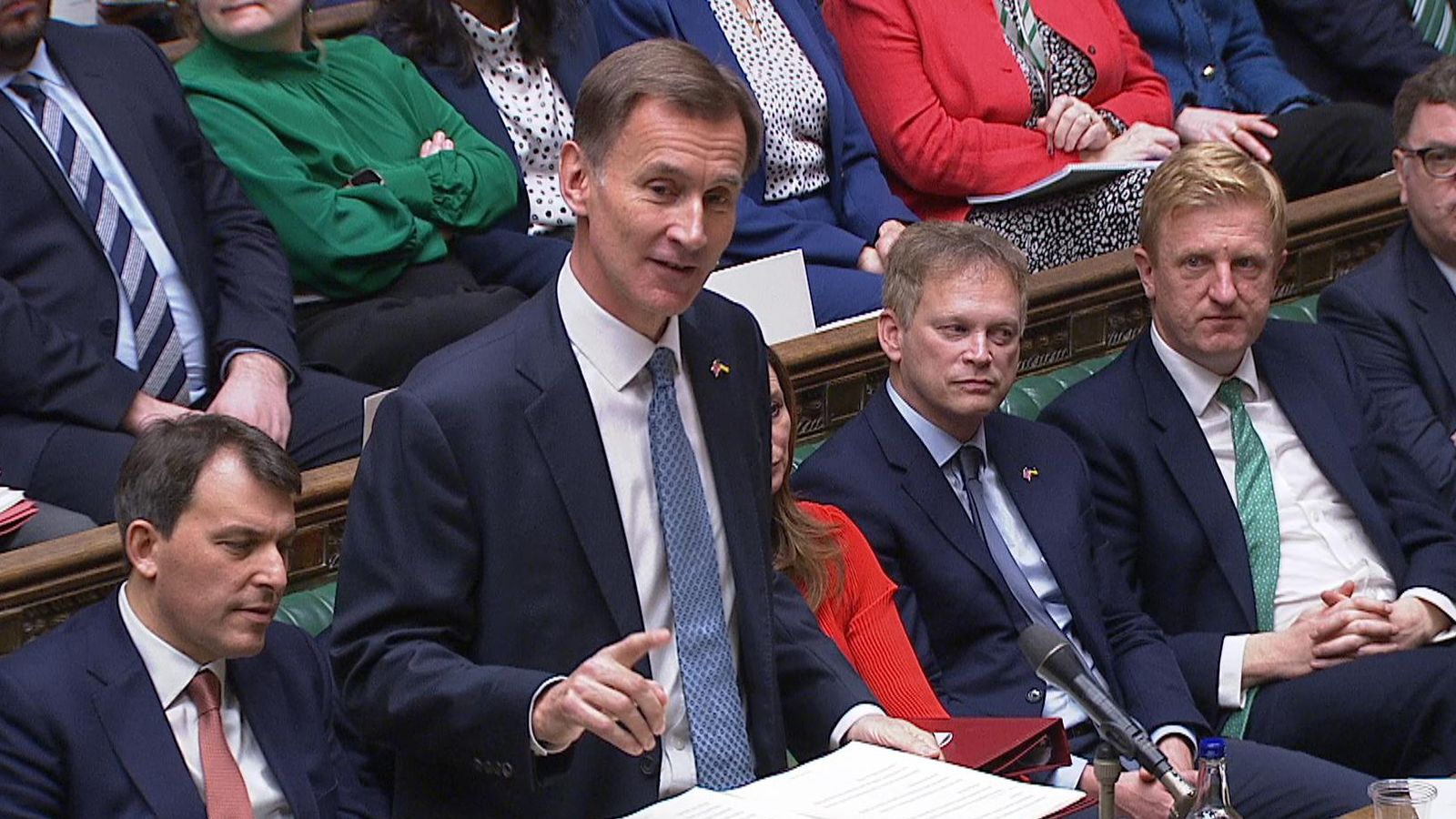 Jeremy Hunt has reduced the threshold for the higher rate of income tax.

The chancellor said the government is introducing two new fiscal rules: that underlying debt must fall as a percentage of GDP by the fifth year in a rolling five-year period, and public sector borrowing over the same period must be below 3% of GDP.

Mr Hunt also announced an extension of the windfall tax on energy companies’ profits so from 1 January 2023 until March 2028 those companies will have to pay 35%, instead of the current 25% on their profits.

And there will be a temporary new 45% levy on electricity generators, which is in addition to the tax on the companies that provide energy to households and businesses.

He also said electric car owners will no longer be exempt from vehicle excise duty from April 2025.

Much of the chancellor’s statement had been pre-briefed following the economic turmoil the mini-budget created after his predecessor announced surprise unfunded tax cuts.

But Mr Hunt did pull some rabbits out of his hat, including investing an extra £2.4bn per year on schools. 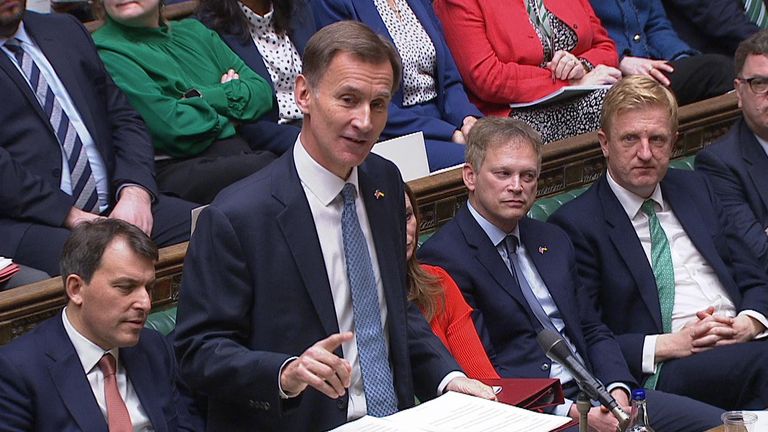 ‘I have no objection to windfall taxes’


On Sunday, Mr Hunt told Sky News everybody would be facing higher taxes but “it’s not just going to be bad”.

He also said those earning the most would be paying more as he promised to protect the most vulnerable.

Some senior Tory MPs had been rallying against higher taxes ahead of the autumn statement, with two dozen Conservatives sending an 11th-hour petition to the chancellor on Wednesday evening asking him to cut fuel duty.

Another US state adds electric bike subsidy, this time with up to $1,700 rebate
Amazon media chief Jeff Blackburn retires from the company for the second time
Millions flock to mark death of TikTok ‘bones, no bones’ star – Noodle the dog
Ukraine war will be at ‘reduced tempo for months’, US intelligence says
Germany knocked out of World Cup in group stages after thrilling night in Qatar