Coronation Street actress Mille Gibson has been named the new Doctor Who companion.

The 18-year-old, best known for playing Kelly Neelan in Coronation Street, will take on her new role as the 15th Doctor’s companion, named Ruby Sunday.

The news was revealed live on Children In Need as Gibson stepped out of the Tardis.

She will star opposite Sex Education actor Nctui Gatwa, 30, who was named the new Doctor earlier this year.

The pair will embark on a new set of adventures with Gatwa’s first episode set to air over the festive period in 2023.

Gibson said in a statement she is “beyond honoured” to be cast as the new Doctor’s companion.

“It is a gift of a role, and a dream come true, and I will do everything to try and fill the boots the fellow companions have travelled in before me.

More on Doctor Who

“What better way to do that than being by the fabulous Ncuti Gatwa’s side, I just can’t wait to get started.”

Gatwa posted on Instagram congratulating his co-star and said: “Far too excited to sail the universe and battle monsters with this one. Believe me we got SO much in store for you.”

Gibson received the best young performer award for her role as Kelly Neelan in Coronation Street at The British Soap Awards earlier this year.

She has also appeared in ITV’s Butterfly and BBC’s Love, Lies And Records. 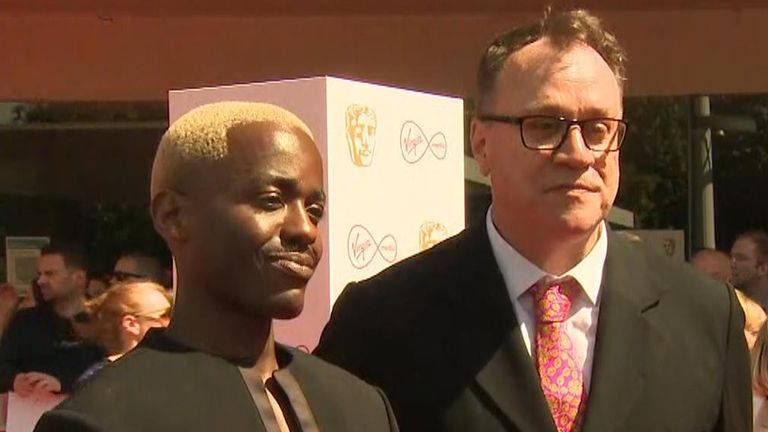 New Doctor Who on the red carpet

In October, Jodie Whittaker faced her final battles as the time lord in a special episode of Doctor Who to mark the BBC’s centenary.

The actress, 40, became the first woman to portray the Doctor when she took over the role from Peter Capaldi in 2017.

During the feature-length programme, viewers were left surprised as Whittaker’s 13th Time Lord regenerated into David Tennant, who previously played the 10th incarnation of the Doctor.

Government running out of prison places and has to ask police for 400 cells
‘Another blatant example of double standards’: Qatar reviews investments in London after ad ban
Another US state adds electric bike subsidy, this time with up to $1,700 rebate
Landslide rips through Italian holiday island leaving dozens cut off
Mortgage approvals dive in wake of Truss mini-budget chaos