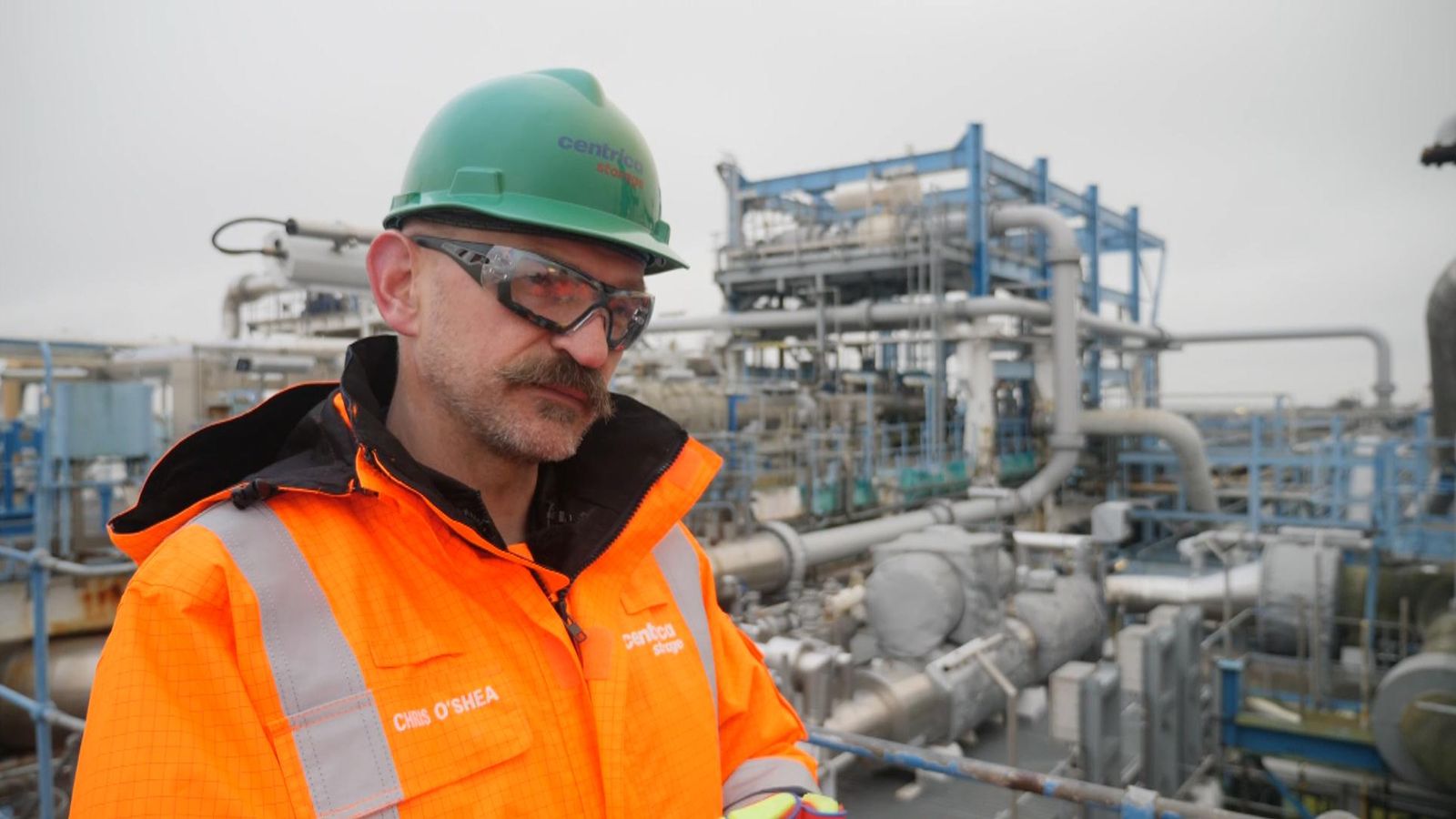 Chris O’Shea told Sky News that the UK energy market, regulated by Ofgem, offers “wealthy individuals” behind some retail suppliers a “free bet” to speculate, with other bill payers liable for the price of failure.

More than 30 retail suppliers have collapsed in the last 18 months as a consequence of soaring gas prices, and he said some remaining suppliers could technically be trading while insolvent this winter.

He also warned that government energy support, paid to suppliers in advance, could be vulnerable in the event of a collapse, adding to the cost of failure being shared by bill payers.

“The energy retail market has been loss making for a number of years and so there are a number of energy suppliers that are in a precarious financial position and that’s just getting worse every day,” he said.

“Every day that they make more losses they get in a worse position the risk of failure increases. And I really worry that we’re going to see more failures.

“We’ve learned a lot from some of the new entrants to the market, some of them have brought in some good practices, but by and large they’re owned by wealthy individuals who have free bet.

“If this goes right, they will make even more money than they have today. And if it goes wrong, our customers have to pick up the cost – that cannot be right.”

The government has stepped in to support business and households with a cap on the maximum price for units of gas and electricity, reimbursing suppliers for the difference between that and the real cost of energy.

Mr O’Shea said the decision to pay suppliers up-front meant that money was at risk in the event of collapse, along with customer deposits.

“The government gives [the payments] in advance and that increases the risk. If that supplier goes under, and have taken that government money before they’ve given it to consumers, then that will just increase the cost of failure.”

Mr O’Shea was speaking at the Easington Gas Terminal on Humberside as Centrica began drawing gas from the Rough offshore storage facility for the first time since it reopened in October to try to improve the UK’s energy resilience.

The current overcast weather has cut solar and wind power generation in recent days, increasing the price and demand for gas and prompting a call from the National Grid to increase supply.

“Rough is working exactly as it should, which is to bring that gas from the offshore storage facility, put it into the system, meaning that we can make sure that we’re the gas fired power stations running with the gas to people’s homes, and we keep prices down for consumers,” Mr O’Shea said.

“If that wasn’t here today we’d have to look for alternative sources of gas, or we’d have to look for ways to cut electricity consumption. But definitely the place would have gone up by the simple economics of supply and demand. If demand goes up and supply doesn’t go up, then prices increase. So it is keeping prices down, but it also means we don’t have to look elsewhere.”

Rough is currently using only 20% of capacity but to increase needs £1bn of investment Centrica says relies on reaching a deal with government to guarantee a return, and the company would like to convert the storage field to hold hydrogen, doubling the investment required.

Mr O’Shea said that Centrica is committed to the UK but warned that the recent increase in the windfall tax put oil and gas developments at risk, and could deter inward investment.

“A windfall tax doesn’t really create the right environment for investment into the UK. So I worry about the potential long term impacts on investment.