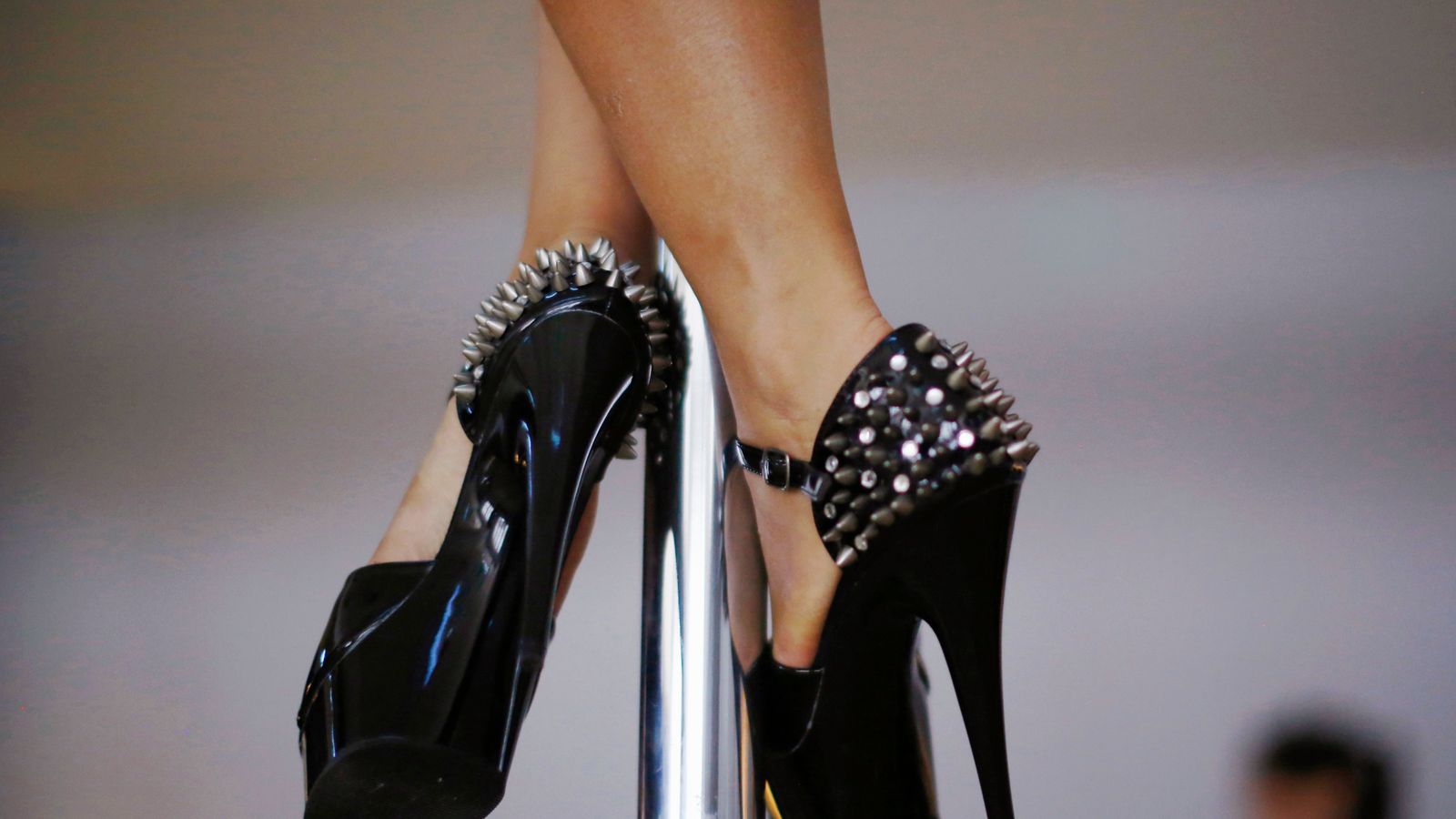 Strippers in Edinburgh have told Sky News the council’s decision to ban sexual entertainment venues (SEVs) will financially devastate them, as the clubs and the union launch a judicial review to challenge the shutdown of the city’s clubs.

Three Edinburgh clubs (Baby Dolls, The Western and Burke and Hare) and the United Sex Workers (USW) union argue the council vote to limit the number of licensed venues to zero from April 2023 will force the industry underground, making it riskier for the women.

‘It should be my choice’

Edinburgh dancer Sasha told Sky News the choice should be hers to make.

Sasha added that working as a stripper means good money and flexible shifts that helps her as a mother.

“As a parent, I just find it very flexible and there’s a potential for it to be well paid, so it ticks a lot of boxes for me. Particularly the flexibility, the money is never guaranteed, but the flexibility is great.”

Sasha doesn’t believe changing what she does is an option.

“It’s not that easy, we’ve been doing what we’re doing, most of us, for years – and that’s our trade, it’s our industry and that’s what we want to continue doing to make money.”

‘Epitome of the patriarchy’

However, for those campaigning for the ban of strip clubs, they say the choice to do this work shouldn’t be available.

“As a feminist, I think that men paying us for sexual favours is the worst kind of exploitation of our bodies,” she said.

“And it is the epitome of the patriarchy that men are much more powerful in society than women, and that all we are there for is either to reproduce the next generation or for the sexual entertainment of men.

“All Edinburgh is doing is saying that in our city we do not want to legitimise sexual entertainment. It’s living pornography.

“It is young women taking their clothes off and dancing sexually for the pleasure of men.”

Read more on Sky News:
How can I save £100 off my energy bills?
No-fault evictions driving up homelessness rates in this region

Ms Dalgety’s views have changed. As a young councillor, she believed such clubs should exist and be properly regulated for the safety of women.

In the 1990s, she voted to licence saunas “knowing full well that they were brothels”.

“Edinburgh was the epicentre of the AIDS epidemic in the UK in the late 1980s and early 1990s, and it was spread through the drug using community,” she said.

“So it was in the heterosexual community and sex workers, unfortunately, were at a much higher risk of it,” Ms Dalgety said, adding the policy choice back then was “a public health decision”, but now she thinks the very existence of any sexual entertainment venue is problematic.

Mina from the USW union told Sky News that exploitation isn’t found in the clubs; instead, it is in forcing women into working minimum wage jobs.

“The patriarchy exists across all aspects of society, so clearly stripping is not free from that. However, it is the dancer’s decision to choose that form of work, they’re not being exploited,” she said.

“United Sex Workers take the position that shutting down legal, regulated place of work for dancers who are primarily women would force them to work more dangerous conditions, especially in a cost of living crisis.

“Sex workers are not to be blamed for exploitation of actual violence because it splits women into particles of good and bad. And it’s never that simple, and it’s not fair.”

Previously, sex workers have told Sky News that the cost of living crisis means they are unable to say no to dangerous clients.

Decision is for ‘prevention of crime and disorder’

In a statement, Edinburgh City Council told Sky News the decision to close down the strip clubs was for the “preservation of public safety and the prevention of crime and disorder” and that “SEVs can still apply for a licence and a committee would consider them against the agreed policy”.