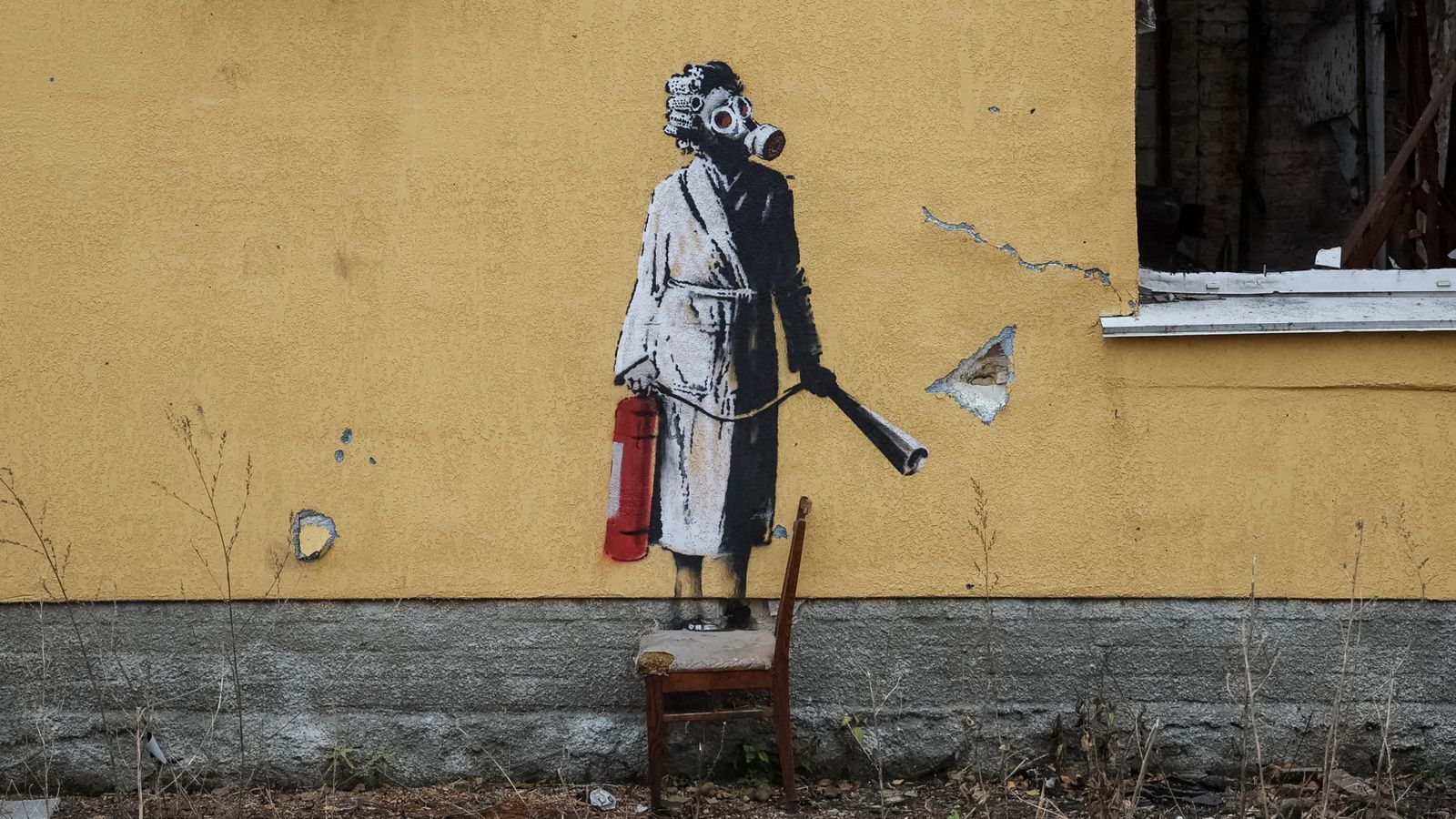 A group of people tried to steal a Banksy mural from a battle-scarred wall in Ukraine, the governor of the region has said.

They managed to slice off a section of board and plaster bearing the image of a woman in a gas mask and dressing gown holding a fire extinguisher.

But they were spotted at the scene in the city of Hostomel, near Kyiv, and the mural was retrieved, Oleksiy Kuleba said in a statement.

He added that the image was still intact and the police were protecting it.

“These images are, after all, symbols of our struggle against the enemy… we’ll do everything to preserve these works of street art as a symbol of our victory,” he said.

Police shared images of the yellow wall in Hostomel, with had a large patch cut all the way back to the brickwork.

They said a number of people were arrested at the scene.

Banksy confirmed he had painted the mural and six others last month in places which had suffered particularly heavy fighting after Russia invaded Ukraine in late February.

One shows a female gymnast balancing on a damaged building, while another depicts a man resembling Russian President Vladimir Putin being flipped during a judo match with a little boy, and another shows two children using a metal tank trap as a seesaw.

Banksy’s work can sell for millions of pounds on the art market.

Norway’s fossil fuel bonanza stokes impassioned debate about how best to spend its ‘war profits’
Charging patients who can afford it – or free for all? The future of the NHS is under debate
MP describes police chase after asylum-seeking children ‘collected’ from hotel – as 200 confirmed missing
Man escapes feared Russian agency, reveals what Russian spies are saying
Tesla obtains patent for Cybertruck’s novel windshield