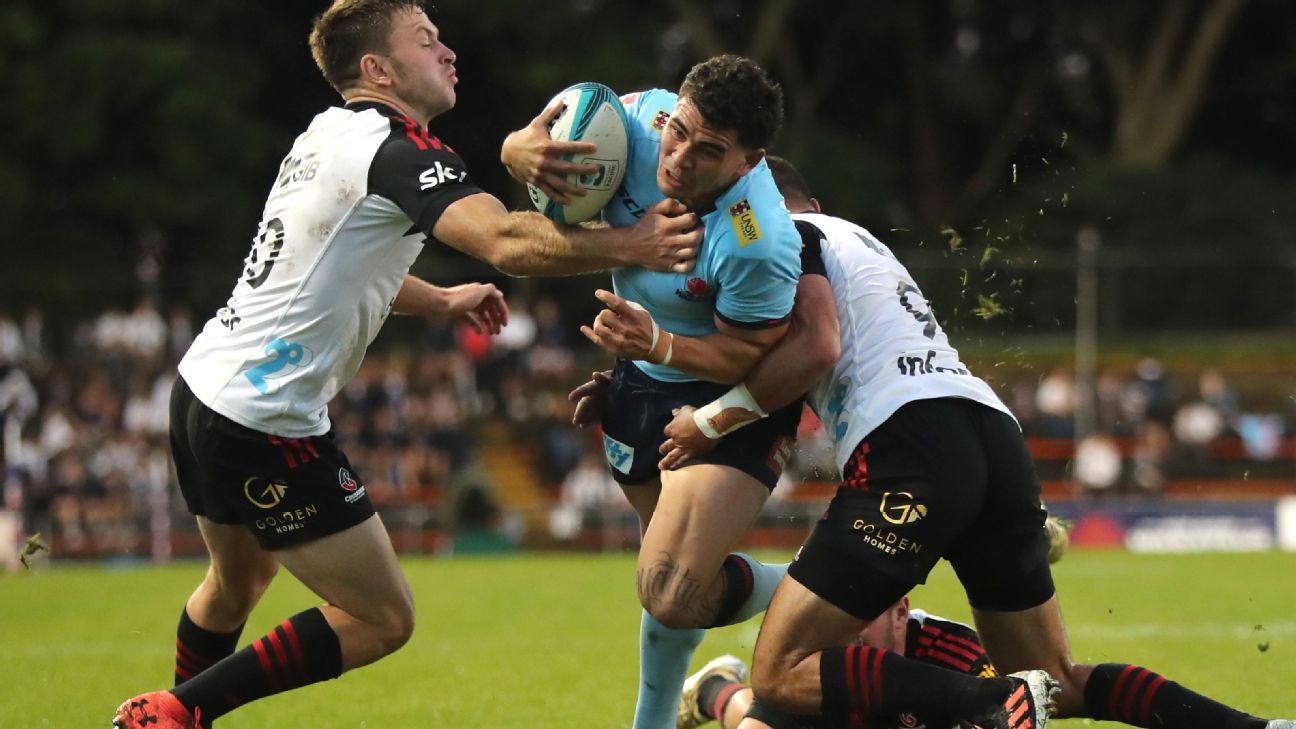 The future of Super Rugby Pacific has been locked away until at least the end of 2030, with New Zealand Rugby and Rugby Australia rubber-stamping a plan to take the competition forward over the next eight years.

After months of negotiation and more than just a few stern words, the two parties on Friday confirmed the tournament was here to stay while also unveiling a new governance structure as well as a plan to combine each country’s individual women’s competitions.

Originally only agreed for two years, Super Rugby Pacific will now be able to solidify the roots sown in its inaugural season as RA and its NZR counterparts signaled their intention to work together on other initiatives to take the game forward in their corner of the world.

“This long-term agreement provides certainty for players, coaches, fans, sponsors and broadcast partners and it solidifies our joint commitment to ensuring Super Rugby Pacific is the most entertaining, innovative, and fan-focused cross-border club competition in the world,’ NZR chief executive Mark Robinson said.

“We charted a new path with the introduction of Moana Pasifika and the Fijian Drua this year, and having all 91 games played in regional time zones, and believe we have entered an exciting new era for rugby in the Pacific region.”

RA boss Andy Marinos, who’s chairman Hamish McLennan had taken aim at NZR over Australia’s share of the competition’s revenue, said the certainty would give all stakeholders the chance to grow their profiles in what is an exciting run of events set for Australia in the run to the 2027 World Cup.

“Today marks the dawn of a new era of Super Rugby within our region” Marinos said.” Securing this long-term partnership provides stability and continuity that the competition and Super Rugby clubs need to enable rugby to grow in stature and importance across the region.

“RA and NZR are committed to the development of the most exciting form of rugby in the world, through trialing and implementing new rules, new ways of engaging fans and broadcast innovations with our partners. The partnership will enable our players, clubs and partners to plan ahead with certainty in a competition that we are sure will feature some of the best rugby in the world.”

The creation of an independent board to oversee the competition is a significant step in the tournament’s future.

With the SANZAAR alliance now largely tied to Test rugby only, the new board will focus squarely on governing Super Rugby and start to investigate the creation of a united women’s competition that would bring together Super W and Super Rugby Aupiki.

“We saw the quality of women’s rugby throughout the Rugby World Cup in New Zealand and while it is not a case of copy and paste with the men’s structure in Super Rugby Pacific, we believe there are enormous opportunities to build a world class cross border professional women’s club competition in the Pacific region,” Robinson said.

The board will be made up nine people, including an independent chair, four independent directors, and one representative each from NZR, RA, the New Zealand Rugby Players Association (NZRPA), Rugby Union Players’ Association (RUPA).

McLennan’s lobbying also appears to have had an impact, with the two parties reaching an agreement on revenue sharing through to the end of 2025. The state of future financial agreements will then hinge on the broadcast deals that will start from 2026.

The RA chairman had threatened to walk away from Super Rugby Pacific if NZR was not prepared to increase the share of the financial pie given to Australia. McLennan said Australia had no qualms about returning to a domestic only competition if it was not given a more equitable share of the Super Rugby Pacific broadcast revenue, of which a larger portion is generated by NZR’s deal with Sky Sport.

RA executives remains bullish about the code’s future in Australia given the British & Irish Lions will tour in in 2025, before the Rugby World Cup comes Down Under in both 2027 [men’s] and 2029 [women’s].

RA is also closing in on a private equity deal of its own after NZR inked a $[NZ]200m deal with Silver Lake earlier this year.

Zelenskyy ‘thankful’ for extra tanks as Kremlin says they ‘will burn’
Nucor debuts ‘world’s most sustainable steel’ for US offshore wind industry
Six more classified documents found in search of Biden’s home
Elon Musk defends his old tweets in securities fraud trial in San Francisco
‘We will fight’: A David and Goliath battle is taking place in Bakhmut