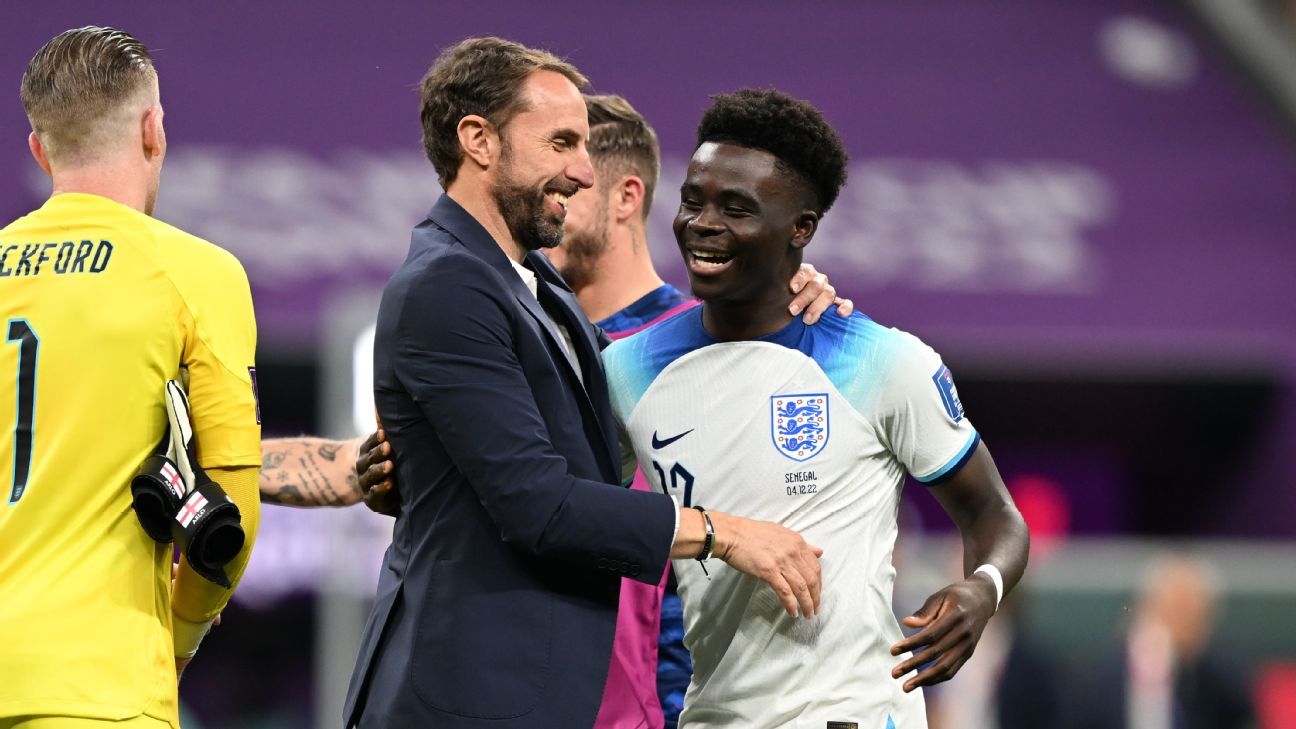 After a tense first 30 minutes against Senegal, the champions of Africa were dispatched with minimal fuss in the round of 16 and now comes the stage of the World Cup when the big-hitters can’t avoid each other anymore.

England’s reward for their 3-0 win at Al Bayt Stadium on Sunday — earned thanks to goals from Jordan Henderson, Harry Kane and Bukayo Saka — is a quarterfinal tie against France back at the same stadium on Saturday. It’s a date with Kylian Mbappe, having the tournament “of his dreams” with five goals in four games, but also with history.

Because if England are to go any further they will have to do something they have never done before — win a knockout game against a major nation away from Wembley Stadium.

Going deep into tournaments isn’t new for Southgate after reaching the World Cup semifinals in 2018 and the final of the European Championships in 2021.

But both times the draw opened up, allowing England to reach the last four in Russia by beating Colombia and Sweden before eventually losing to Croatia. The other side of the bracket included Portugal, Argentina, Brazil and eventual winners France.

It was a similar story at the Euros, when England ended up in a bracket alongside Sweden, Ukraine, Germany, Netherlands, Czech Republic, Wales and Denmark leaving Belgium, Portugal, France, Spain and Italy to battle it out on the other side.

Southgate’s team beat Germany (at Wembley) and then played Ukraine and Denmark for a place in the final, where they lost to Italy on penalties.

It is, of course, not Southgate’s fault that recent draws have been kind, but there can be little doubt that playing holders France on foreign soil is a step up on both those campaigns.

“It’s the biggest test we could face,” said Southgate. “They’re world champions. They’ve got an incredible depth of talent with outstanding individual players. It’s a fantastic challenge and a brilliant game for us to prepare for. The two quarterfinals that are already in place are historic football rivalries and great games from the past. It’s a great game for us to be involved in and test ourselves against the best.”

Luis Echegaray is impressed by Jude Bellingham’s performance in the England round of 16 win against Senegal.

The build-up will be dominated by questions about how you stop Mbappe, who earlier on Sunday scored twice in a 3-1 win over Poland.

It will likely catch France manager Didier Deschamps’ attention that Harry Maguire had a particularly uncomfortable start against Senegal and looked unnerved by early pressure and pace.

It might have been a different story for Senegal had Boulaye Dia not seen a good chance well saved by Jordan Pickford with the score still at 0-0, but after England scored twice in 10 minutes at the end of the first half, the game was over as a contest.

France will not be so accommodating and much will come down to Southgate and his team selection. He’s used a back four since arriving in Qatar but it will be tempted to switch to a back five against France, partially to protect Maguire and John Stones against Mbappe’s blistering pace. That would mean Kyle Walker playing as the third centre-back with Kieran Trippier coming in as the right wing-back.

There’s a sense that Southgate only likes to play with four defenders when he knows England are going to dominate the ball and that’s not a given against a France team who will also want to play on the front foot.

Whatever his decision, Southgate can at least take heart that, so far, he’s got his big selection calls right. He chose Henderson over Mason Mount and Saka over in-form Marcus Rashford against Senegal and both ended up on the scoresheet.

“Mbappe is a world-class player and has already delivered big moments in this tournament and in previous tournaments,” said Southgate.

“There is also [Antoine] Griezmann and he’s a phenomenal player. There’s Olivier Giroud, who we know so well, and they’ve got some outstanding young midfield players so everywhere you look they’ve got incredible depth of talent. It’s a huge test but one we’re looking forward to and a great challenge for our team.”

When England run into the big guns at the business end of a major tournament away from home, a plane ticket home usually follows.

England have been in Qatar for nearly three weeks, but the real work is only just beginning.