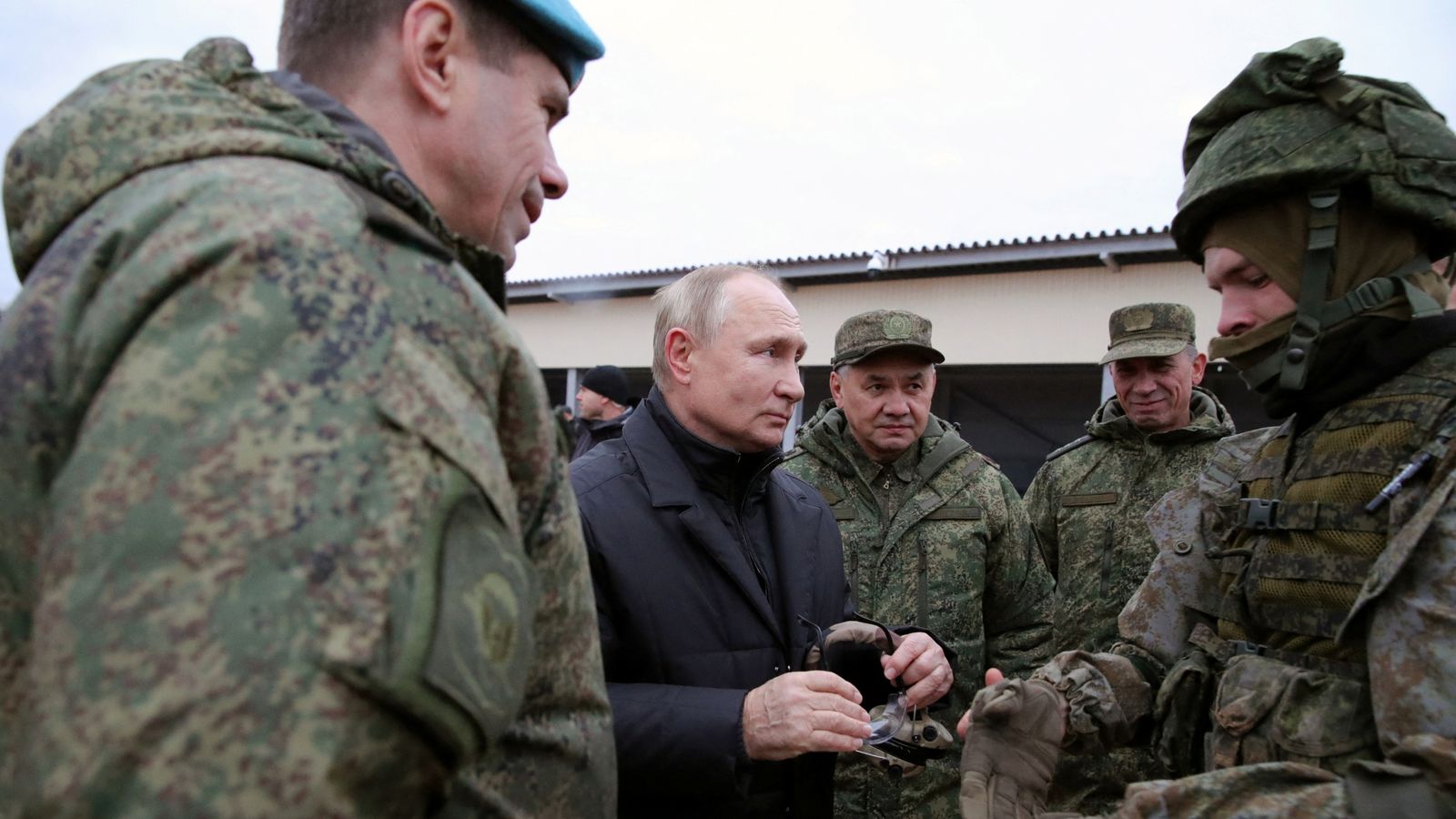 A top US diplomat Wendy Sherman has refused to be drawn on exactly what Joe Biden’s vision of a Russian “pullout” of Ukraine would be.

The US president said last week, for the first time since the invasion of Ukraine, that he would be willing to speak to Vladimir Putin if he truly wanted to end the war.

He said: “There’s one way for this war to end – the rational way. Putin to pull out of Ukraine, number one.”

But when pressed by Sky News’ political editor Beth Rigby, US deputy secretary of state Wendy Sherman would not be drawn on whether a “pullout” also included withdrawal from Crimea, illegally annexed by Russia in 2014.

She reminded the diplomat that Ukraine president Volodymyr Zelenskyy had made it clear that “territorial integrity” would include Crimea and asked her if the UK supported his ambition.

But speaking on the Beth Rigby Interviews… programme, Ms Sherman would only say: “We support President Zelenskyy, we support the Ukrainian people. It’s not for us to decide what any negotiated solution would be at the end. It is really up to the Ukrainians.”

“Great Britain have been side-by-side in this effort. I’m really just so grateful for everything that Britain has done to support the Ukrainians…. we have a lot ahead of us.

“And what’s important here is there is one aggressor and that’s Vladimir Putin and one victim and that’s Ukraine.

“We’ve seen the Ukrainians will not be victims. They’re going to fight for their country. And it’s why we all support them in every way we possibly can… This can end if Vladimir Putin pulls his troops out.”

Crimea is a huge part of Russia’s history, and Russia has never believed the territory was not Russian.

Read more:
Explainer: Why is Crimea so important to Russia?

Moscow shows no signs of yielding its control over Crimea.

The Kremlin has long said Ukraine must accept Russian conditions to end the fighting, which is now in its 10th month.

It has demanded that Kyiv recognises Crimea as part of Russia and also recognises other annexations by Moscow.

Mr Zelenskyy and his officials have repeatedly rejected those conditions, saying the war will end when the occupied territories are retaken or Russian forces leave them.

Last month, Ukrainian deputy defence minister Volodymyr Havrylov told Sky News, Ukrainian forces could be back in Crimea by the end of December.