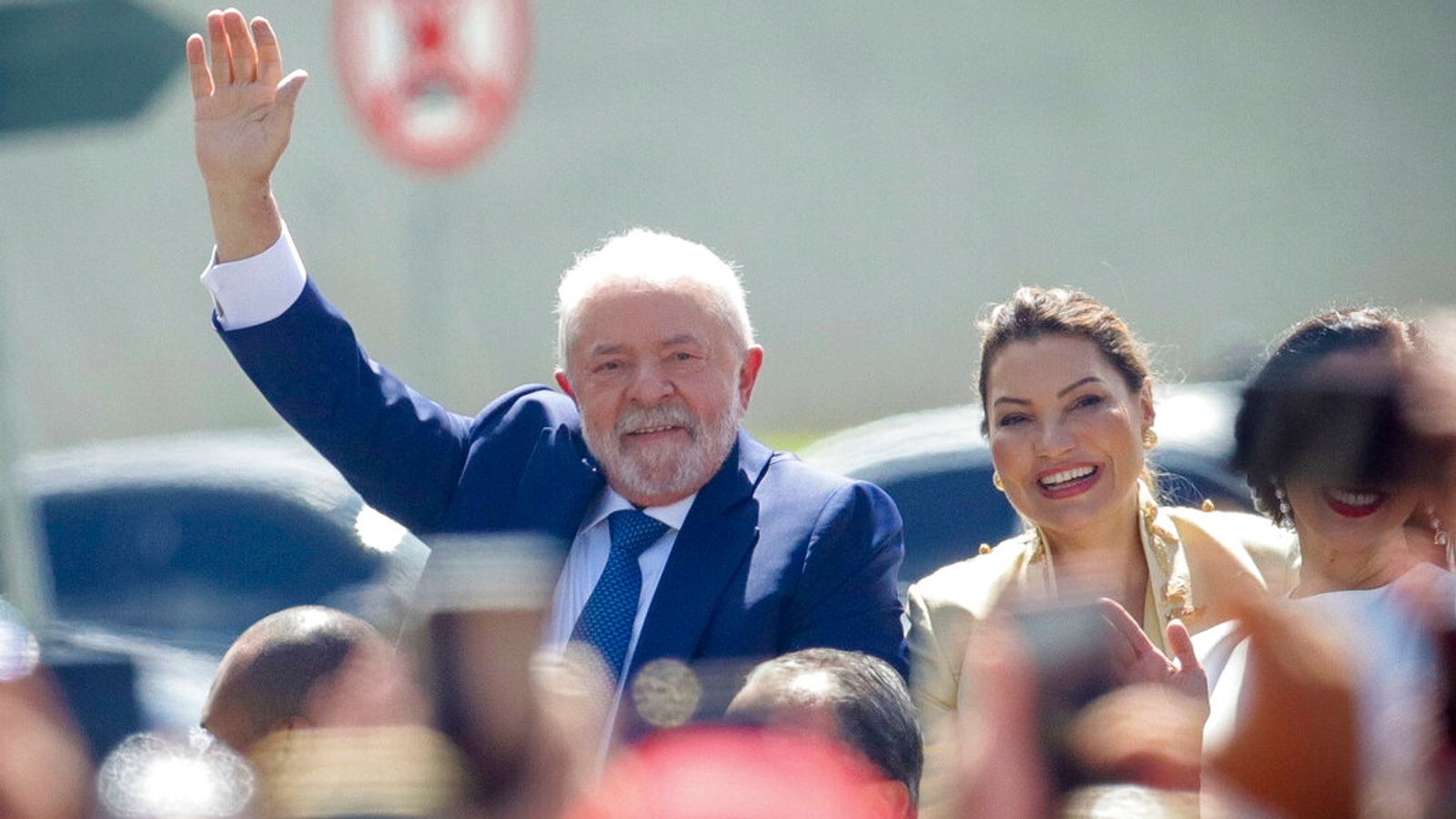 Brazil officially has a new but familiar president as Luiz Inacio Lula da Silva was sworn in for the third time.

The leftist politician, known as Lula, had held Brazil’s highest office between 2003 and 2010 after three attempts to get the top job.

His speech to congress on Sunday outlined many of the issues and political priorities ahead of the leader: investing in education and health.

“The great edifice of rights, sovereignty and development that this nation built has been systematically demolished in recent years. And to re-erect this edifice, we are going to direct all our efforts,” he said.

A man carrying an explosive device and a knife had been arrested while attempting to enter the inauguration in the Brazilian capital city, according to military police.

Up to 300,000 people have gathered along the esplanade to celebrate following a ceremony in Brazil’s congress.

There had also been concern over Mr Bolsonaro’s willingness to accept the results of the tightest presidential race in more than 30 years as political opponents resisted his taking office. Mr Bolsanaro has still not recognised Lula’s win and did not attend the event having left Brazil for Florida on Friday.

The vote was won by less than two percentage points and Mr Bolsonaro spent months sowing doubt about the reliability of Brazil’s electronic voting system. For many days after the election was called for Lula, Mr Bolsanaro remained silent and tension mounted as some backers of the former president blocked roads in protest to Lula’s victory. Lula takes the reins of a polarized Brazil.

But it wasn’t always. When he retired in 2011 it was with 83% approval ratings. A series of scandals led to his imprisonment on corruption charges which were subsequently annulled.

On Sunday he labelled his predecessor’s administration as having committed genocide by failing to manage the COVID-19 pandemic which claimed the lives of more than 680,000 Brazilians.

He said he was receiving a ruined country where hunger had returned with depleted resources for some of the areas he wishes to improve, including education, health and the conservation of rain forests

The economic conditions since Lula was last in power are drastically different as the commodity boom that funded education and infrastructure projects has come to an end. Now he’s faced with paying for COVID-19 costs and globally rising prices.

Nissan unveils convertible EV concept, a category it should’ve been producing a decade ago
BMW in talks with UK government over £75m grant for electric Mini
Amazon stock hit hardest after tech earnings bonanza, despite misses by Apple and Alphabet
Apple sales drop 5% in largest quarterly revenue decline since 2016
More than 13,000 Nigerian residents take Shell to court over oil spills