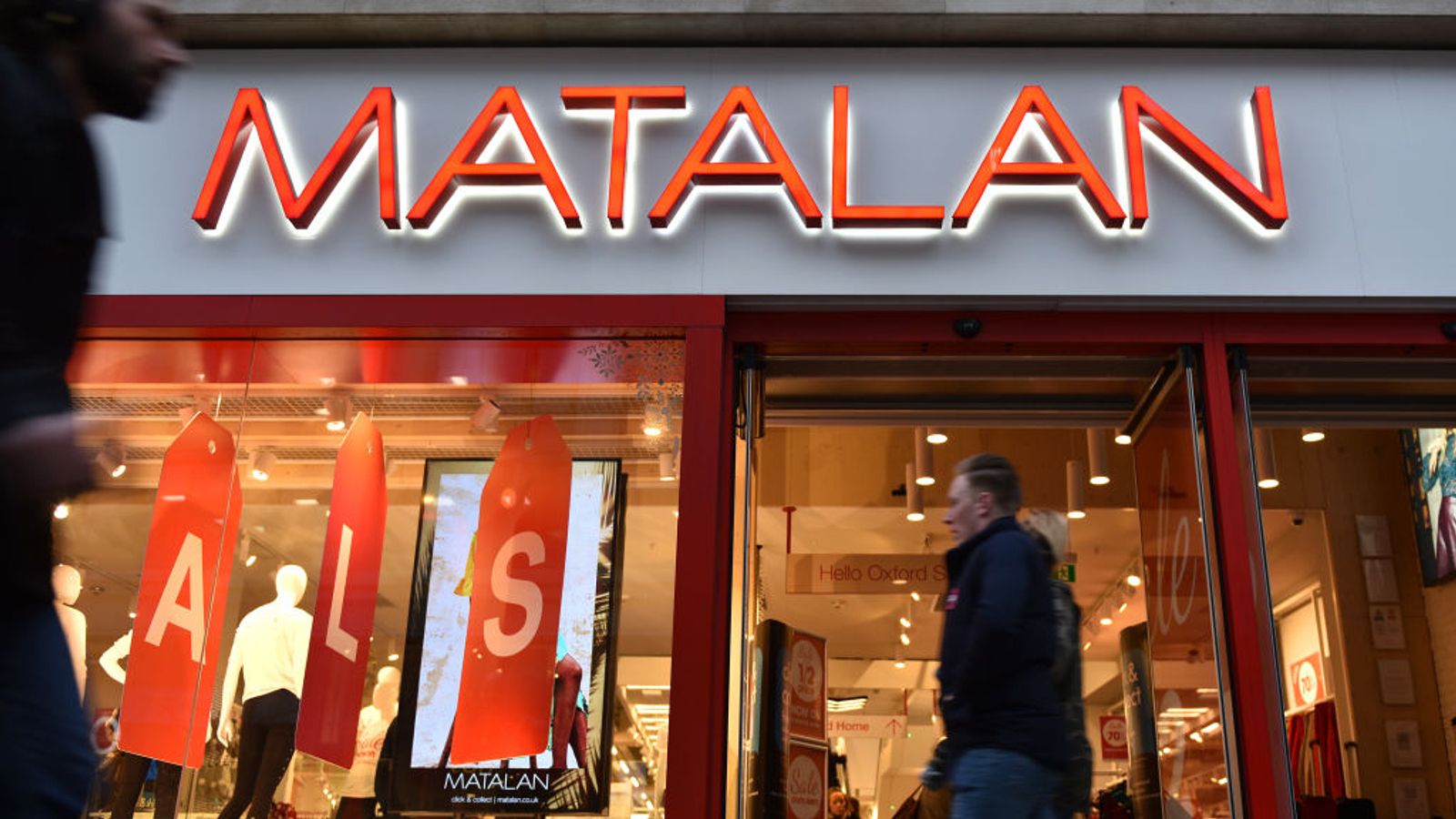 A group of financial investors which have lent hundreds of millions of pounds to Matalan are close to finalising a deal to take control of one of Britain’s biggest homewares retailers.

Sky News understands that the senior lenders, which include prominent City names such as Invesco and Man GLG, could strike a deal within the next fortnight.

Under a proposal submitted by the syndicate, the funds would inject close to £100m of new funding into Matalan in order to secure its short-term future.

Sources close to the process said the lenders were in talks with Nigel Oddy, the chain’s interim chief executive, about the possibility of making the role permanent if they succeed in gaining control of it.

The group of first-lien lenders have been vying to buy Matalan with rival bidders including its founder, John Hargreaves, who is being backed by the feared American investor Elliott Advisers.

Three days before Christmas, Matalan issued an update on the sale process which confirmed it had received bids from several parties.

“The company is currently assessing all the bids and constructive discussions are continuing with interested parties and their advisers,” it said.

“In addition, the ad hoc group of existing First Lien Noteholders represented by Invesco, Man GLG, Napier Park and Tresidor, which now holds over 70% of the First Lien Secured Notes, has reconfirmed its commitment to a recapitalisation if necessary.

It added that it was aiming to complete a transaction before the end of January.

“All transactions under consideration provide for a material reduction of Matalan’s debt including the First Lien Secured debt, an extended debt maturity profile and any new funding that may be required,” it said on December 22.

“The stable and sustainable balance sheet will put the company in a position of financial strength, allowing it to execute on its business plan and deliver its growth strategy.”

Matalan, which was founded by Mr Hargreaves in 1985, faces an imminent deadline to refinance £350m in debt.

It recently also took a £60m loan from Bantry Bay – in which Elliott owns a stake – as it sought to strengthen its balance sheet ahead of what threatens to be a prolonged slump in consumer sentiment.

Based in Liverpool, Matalan employs more than 11,000 people and trades from 230 UK stores.

It also operates an e-commerce platform and has more than 50 overseas franchise stores.

The company claims to have 11m customers.

It remains unclear what valuation any sale process may achieve given the state of Britain’s retail sector.

Like many of its peers, Matalan found its finances severely strained by the pandemic, prompting the Monaco-based Mr Hargreaves to provide substantial financial support.

In recent months, global inflationary pressures have impaired margins, while supply chain challenges have had an impact on stock availability.

Matalan warned during the summer that its “ability to successfully refinance our debts involves geopolitical, economic and market factors outside the direct control of the business”.

In the autumn, Mr Hargreaves stepped down after a brief return as Matalan’s chairman in order to participate in the bidding process.

The chain recently appointed Paul Copley, a former restructuring partner at PricewaterhouseCoopers and experienced retail board member, as the latest in a string of chairmen.

The Hargreaves family is being advised by Lazard, while Teneo is handling the sale and Perella Weinberg Partners is advising the first-lien – or senior – lenders.

None of the parties contacted by Sky News would comment.

‘He wants world dominance’: Pompeo reveals who he thinks is more dangerous than Putin
The deadly assault draws painful parallels for Americans who are no strangers to videos of police violence
The Sims adds top surgery scars and binders to character choices
Retired general explains why tanks are so significant on the battlefield
ChatGPT introduced AI to the masses and it’s already affecting us