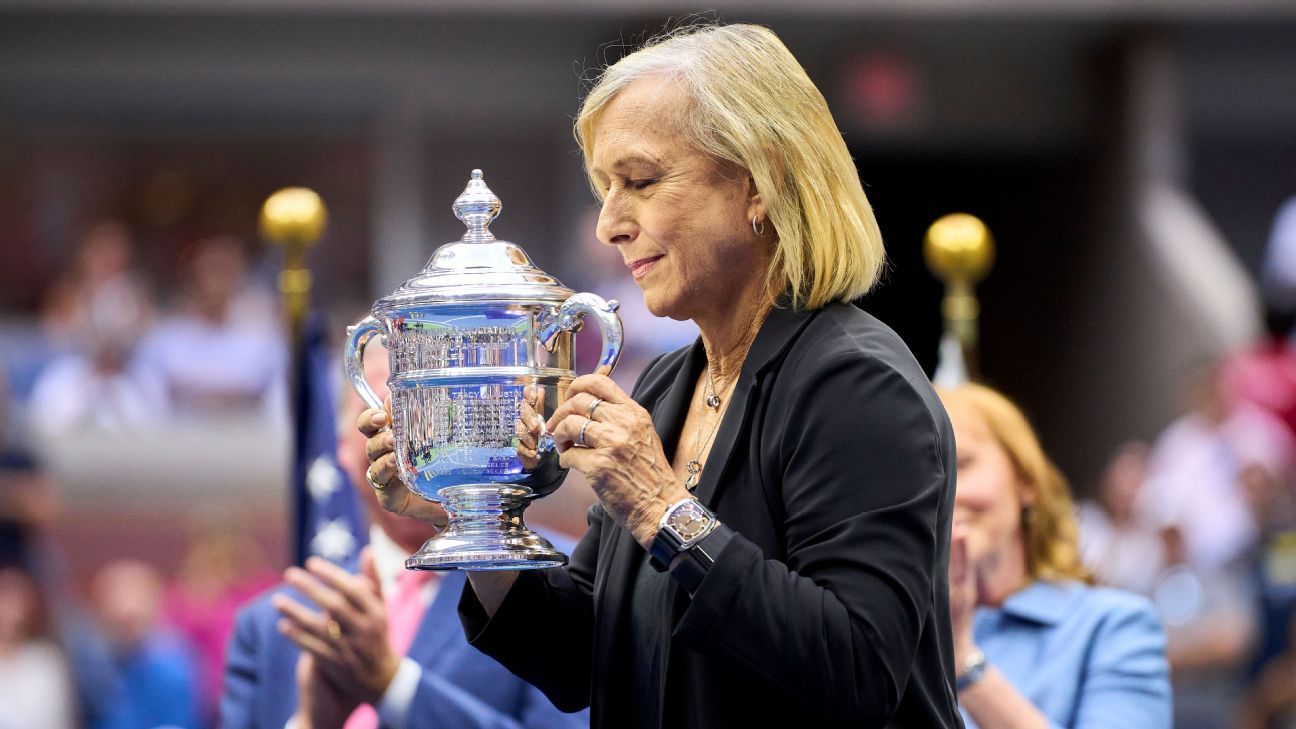 NEW YORK — Tennis great Martina Navratilova said Monday that she has been diagnosed with throat cancer and breast cancer.

In a statement released by her representative, the 18-time Grand Slam singles champion and member of the International Tennis Hall of Fame said her prognosis is good and she will start treatment this month.

“This double whammy is serious but still fixable, and I’m hoping for a favorable outcome,” said Navratilova, 66. “It’s going to stink for a while but I’ll fight with all I have got.”

She said she noticed an enlarged lymph node in her neck while attending the season-ending WTA finals in Fort Worth, Texas, in November, and a biopsy showed early-stage throat cancer. While Navratilova was undergoing tests on her throat, she said, the unrelated breast cancer was discovered.

Navratilova was diagnosed with a noninvasive form of breast cancer in 2010 and had a lumpectomy.

She won 59 Grand Slam titles overall, including 31 in women’s doubles and 10 in mixed doubles. The last was a mixed doubles championship with Bob Bryan at the 2006 US Open, a month shy of her 50th birthday.

Navratilova originally retired in 1994, after a record 167 singles titles and 331 weeks at No. 1 in the WTA rankings. She returned to the tour to play doubles in 2000 and occasionally competed in singles, too.

Navratilova was inducted into the International Tennis Hall of Fame in 2000. She has worked as a TV analyst in recent years.

The statement issued Monday said Navratilova would not be a regular part of Tennis Channel’s coverage of the Australian Open later this month “but hopes to be able to join in from time to time” via video conference.