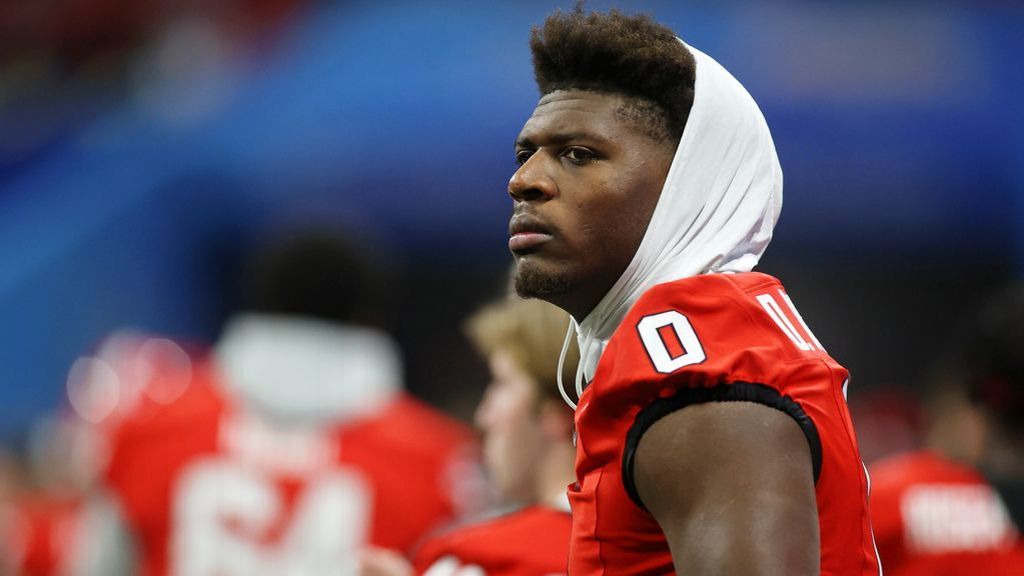 Georgia tight end Darnell Washington has a strained ankle and soft-tissue bruise and is questionable to play against TCU in the College Football Playoff National Championship presented by AT&T on Jan. 9.

Washington, a potential first-round pick in April’s NFL draft, was hurt early in the second quarter of No. 1 Georgia’s 42-41 victory over No. 4 Ohio State in a CFP semifinal at the Chick-fil-A Bowl on Saturday night. He was injured after Buckeyes linebacker Steele Chambers intercepted a Stetson Bennett pass.

Washington, a 6-foot-7, 260-pound junior from Las Vegas, didn’t return to the game. He told Smith after the Ohio State game that X-rays of his ankle were negative. He was wearing a walking boot and using crutches on the sideline

Georgia leans heavily on both Washington and All-American tight end Brock Bowers as both receivers and blockers. The Bulldogs had used two-tight-end sets 59% of the time going into the Ohio State game, third most in the FBS. Washington had 27 catches for 426 yards with two scores this season.

“He tried to go back and couldn’t go back on it,” Smart said after the game. “We’ll have to evaluate and see. The good news is he’s got more than a normal week. I know he’ll do everything he can to get back. He’s headed out west towards where he’s from. It will be important to him to try to get back.”

Madison Square Garden uses face recognition to keep out lawyers
GM’s latest look at the Equinox EV has us guessing on range, battery, and price
Avis has new T&Cs for renting its EVs, and they’re a little weird
Sources: Clippers join trade talks for Nets’ Irving
‘I was not given a realistic chance’, says Liz Truss, as she makes comeback