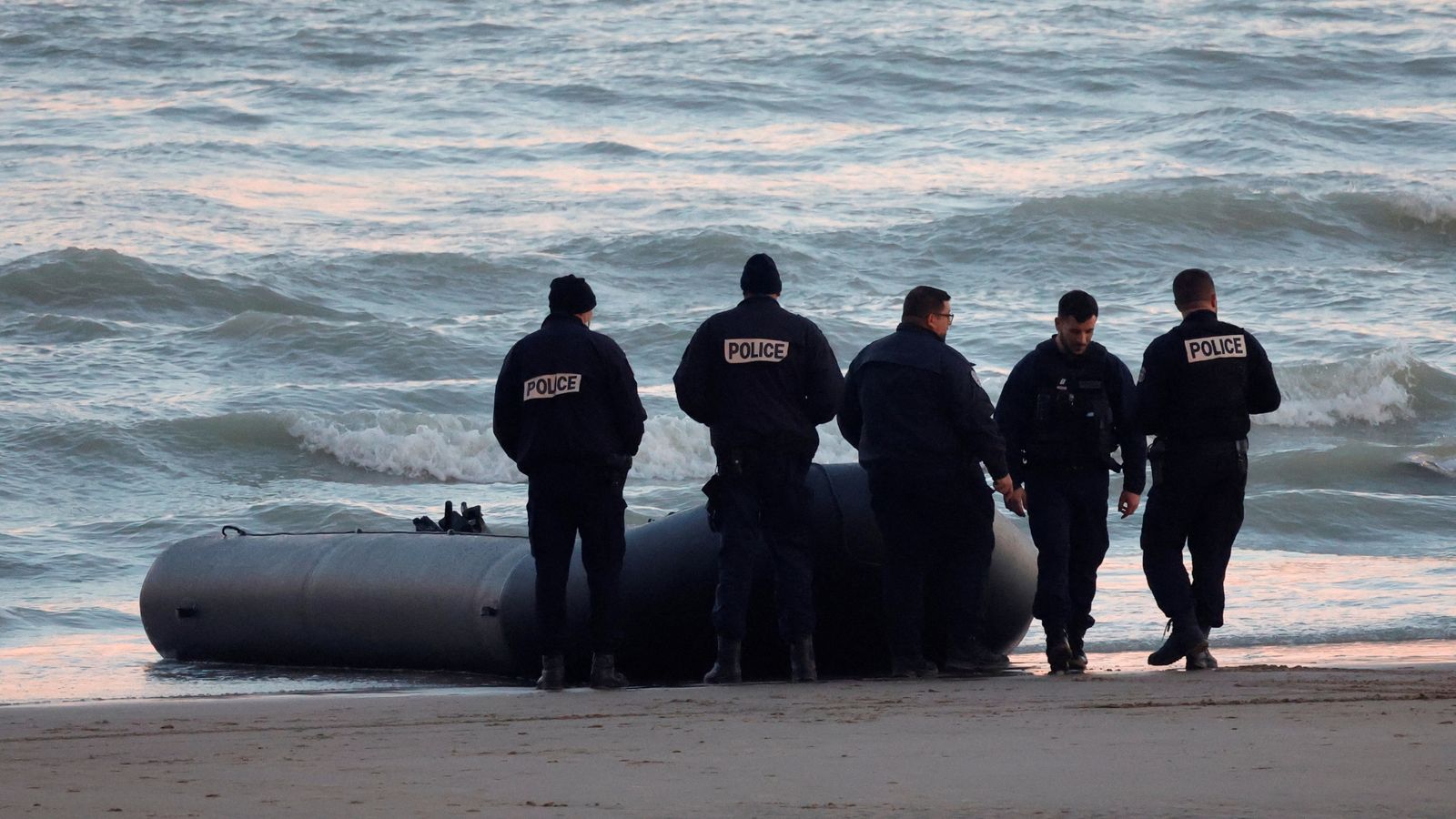 UK Border Force officers have joined patrols on French beaches for the first time in a bid to stem the flow of migrants crossing the Channel.

The first joint patrols are believed to have taken place just before Christmas after months of negotiations between UK and French officials.

However during the French patrols, UK officials are “observers” only, meaning they will have no rights to exercise powers such as arresting someone for a criminal act.

A Home Office spokesperson said: “Our work with the French is vital to tackling the unacceptable rise in dangerous Channel crossings and we are committed to building on our close co-operation to date.

“The new agreement will significantly increase the number of French gendarmes patrolling the beaches in northern France and ensure UK and French officers are working hand in hand to stop people smugglers.”

A record 45,728 people crossed the English Channel to the UK on small boats in 2022, up more than 60% on the previous year, according to Sky News analysis.

The perils of making the journey were brought painfully into the spotlight last month when four people lost their lives after their boat capsized in freezing waters.

Over the last year, politicians have made a series of attempts to get a grip on the migrant crisis amid a tumultuous period which saw three prime ministers and three home secretaries.

Suella Braverman told of her “dream” of seeing the government’s plan to send migrants to Rwanda succeed after she was appointed home secretary – a policy which High Court judges ruled is lawful but has so far been stalled by legal action.

Since the deal was signed in April by her predecessor Priti Patel, 40,460 migrants have arrived in the UK after crossing the Channel.

Human rights campaigners, charities and opposition parties have condemned the plan as inhumane and say it will not act as a deterrent.

Prime Minister Rishi Sunak promised to bring in legislation in 2023 to make it “unambiguously clear that if you enter the UK illegally, you should not be able to remain here”.

However, there is concern about the lack of safe and legal alternative routes to stop people from making the small boat journeys.

August last year was the highest month on record for crossings when 8,631 people arrived in the UK. On 22 August, a record 1,295 migrants crossed in a single day on 27 boats.

Shadow home secretary Yvetter Cooper has accused the Conservatives of “failing to get a grip” on the Channel crossings and making things worse.

Responding to the latest figures, she said: “Successive home secretaries have prioritised rhetoric and gimmicks over the hard work needed to tackle the problem.

“They’ve completely failed to tackle the criminal gangs and their new legislation has made things worse with more lives being put at risk in dangerous boats and even longer asylum delays.”

Despite the increasing numbers, the UK’s small boat arrivals continue to be much lower than the number of people arriving in Europe.

At least 154,290 people arrived in Europe via the Mediterranean by land and sea in 2022, according to data from the United Nations High Commissioner for Refugees.

Ofgem tells suppliers to suspend forced installation of prepayment meters, Sky News understands
Serrano-Cruz: Two unlikely paths merge for a chance to make history
Amazon stock hit hardest after tech earnings bonanza, despite misses by Apple and Alphabet
How the Supreme Court could soon change free speech on the internet
Retired general explains why tanks are so significant on the battlefield