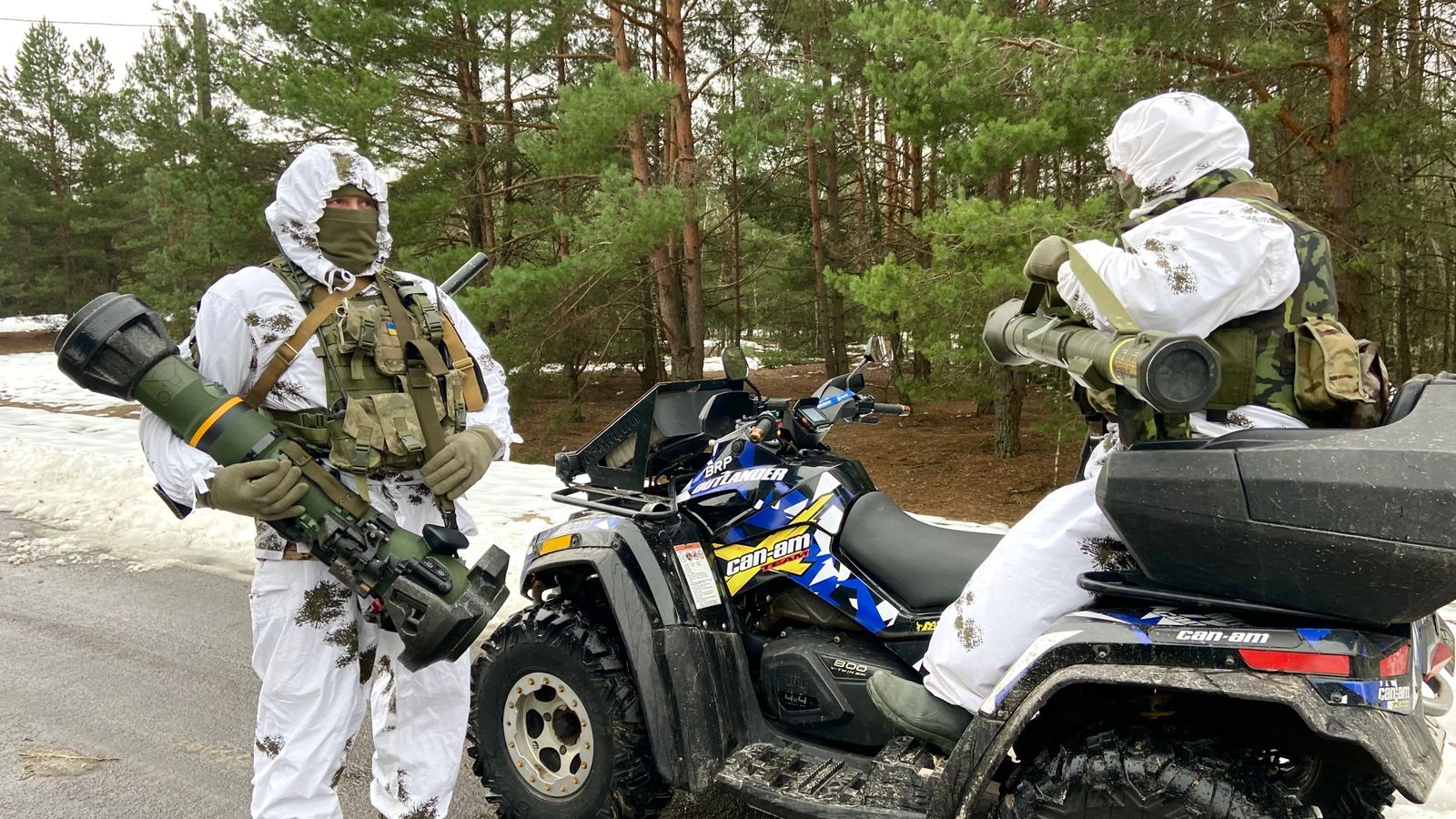 In the forest and snowed-over swamps of Ukraine’s 621-mile border with Belarus is a territorial defence unit gearing up for the worst.

The 100th Brigade is mostly made up of volunteers – some teachers, plumbers, builders – who have enlisted to fortify the edges of the Volynska region and prepare against another Russian invasion from the north.

The 124-mile stretch of land protected by the 100th Brigade is now littered with anti-tank mines and marked by watch posts.

“This is the height,” says Captain Vasyl Sydorchuk, a deputy commander of the unit, from the top of his newly built hill fortress covered in snow.

“Everything is well observed from here: the crossroads. You can work with grenade launchers, machine guns – you can use everything.”

Not far from Captain Sydorchuk’s hill is a village where northern Ukrainians have been living for generations.

They have been shaken by reports of a looming invasion from the border straddling their homes. Some of them have family members living only 12 miles away on the other side.

“We lived all together. Half of our people lived in Belarus. I used to live and work there. I have relatives there and we visited them often,” says resident Oksana Trufanova.

“Some of them believe us, some do not.”

Just across the road from Oksana lives Nadia Andreveya and her daughter Svetlana. Nadia is 75 and has been living in the border village her entire life.

“I’m not leaving and I don’t want to leave and flee from my land. Where to? I am 75 and those beasts want to force us to leave our land,” she says.

“Let them die themselves or let the God destroy them.”

Her daughter has deep concerns after seeing the atrocities committed in other parts of Ukraine.

“After Bucha – after what those monsters have done there, I thought a number of times that it would be better if a missile hit me here than to experience what they do to Ukrainian people,” says Svetlana.

A little way down the road cutting through their village is a lake that sprawls across the border. On one side, the last Ukrainian outpost. On the other, a green Belarusian watch tower.

Russia invaded Ukraine from the Belarusian border back in February and top Ukrainian defence officials have been sounding the alarm on another incursion from the north.

This time the Ukrainians insist that they are well prepared.

Explosions can be heard from Captain Sydorchuk’s hill fortress.

The blasts are coming from a spot a few kilometres down the road. They are part of a simulation exercise that the 100th Brigade is conducting daily in preparation for a potential new front on their doorstep.

A tank is parked up in a valley facing the bottom of a hill. Behind it, fashioned to a white pick-up truck, is a 50 calibre anti-aircraft gun manned by two soldiers in winter camouflage. In front of the tank, soldiers carrying Kalashnikovs weave through pyrotechnics.

“We are here with enough personnel and ammunition,” says Captain Sydorchuk.

“We are ready to meet them.”